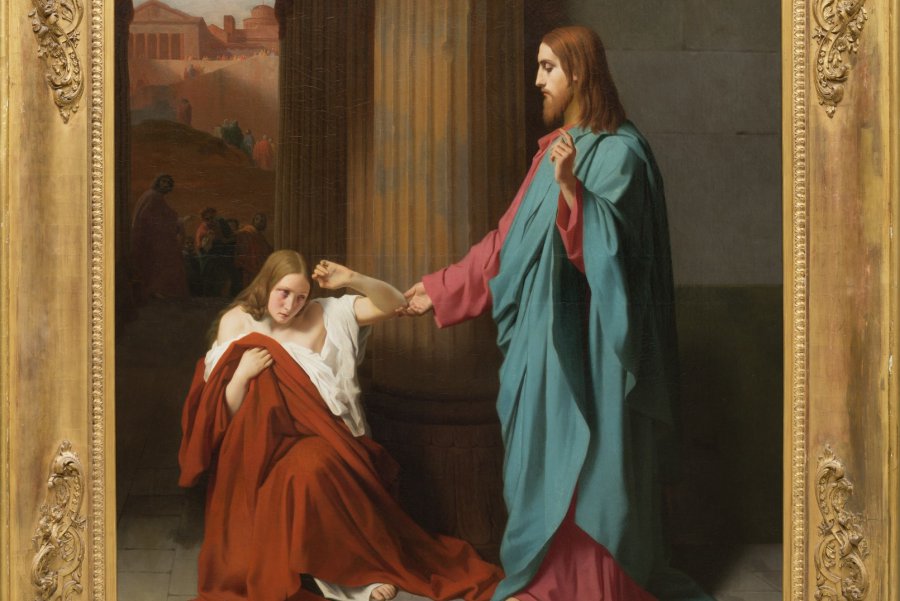 In teaching young people how to drive, it is important to teach who yields at a four way stop. Bad things happen if you don’t.

In Texas, when two cars arrive at the intersection at the same time and are next to one another, the one on the right goes first. If you’re the one on the left, you yield.

Our nation is at a 4-way stop of ideologies. And we don’t know who should yield.

If grace yields to justice, then judgment as well as justice proceeds through the intersection first. Grace and Mercy are left waiting for the intersection to clear. We all agree there is a place for justice and judgment! But that place should be left for those who are hard-hearted and unyielding in repentance and forgiveness. They will face it at the hands of him who judges in truth, according to Romans 2:2-11. That is a fearful place!

Jesus told us we must forgive to receive forgiveness. Forgiveness is the extension of grace and mercy in spite of offense. “But if you do not forgive, neither will your Father who is in heaven forgive your transgressions.”

In another passage we see Jesus’ response to Justice. He’s teaching in the Temple courts when the Pharisees and teachers of the law bring in a woman caught committing adultery. “In the Law Moses commanded us to stone such women,” they said to Jesus. “Now what do you say?” John tells us “They were using this question as a trap, in order to have a basis for accusing him.”

Jesus bends down and starts writing on the dirt with his finger. They kept badgering him until he said, “Let any one of you who is without sin be the first to throw a stone at her.”

John writes: “At this, those who heard began to go away one at a time, the older ones first, until only Jesus was left, with the woman still standing there.” Jesus asks her, “Woman, where are they? Has no one condemned you?” She answers, “No one, sir.” “Then neither do I condemn you, ”Jesus declares. “Go now and leave your life of sin.”

The teachers of the law and judgment came to Jesus with a woman who had been caught in adultery and demanded Justice. The judgment according to the law would be death by stoning. Jesus responded with grace. He made it clear that all of us deserve judgment and if we demand justice, then judgment will follow. He who is without sin cast the first stone.

The scripture records that each of the accusers left him one by one beginning with the oldest. Why is that? Age should humble us! We should be able to recognize our own transgressions and know we would rather have mercy rather than judgment.

Also, by our example of giving mercy and forgiveness, we should teach the younger that it is always better to allow grace to proceed first. When we yield to grace and mercy, we are leaving justice and judgment in the hands of him who alone is able to judge correctly in truth.

Jesus asked the woman, “Where are your accusers?” After her response he said, “Neither do I condemn you. Now go and leave your life of sin.” We as the body of Christ only have the ability to encourage the world to leave their life of sin after we have extended grace and mercy through forgiveness. Just like the accusers, if we harden our hearts and refuse to yield to the Grace given us and extend grace to those who transgress against us, then we will be judged according to our demand for justice or rebellion.

I cannot force the world to allow grace to proceed first, but I can be the example and the teacher that it is always best to yield. Yield to grace and receive mercy rather than judgment.

Many in the world are screaming for justice and demanding judgment but have failed to see their faults and refuse to leave their life of sin. But, you are different, better than that. Be the example no matter what the transgression is. Always, always yield to grace. Much like the cars at the intersection who either do not know or are too proud to yield, the end result is a wreck.