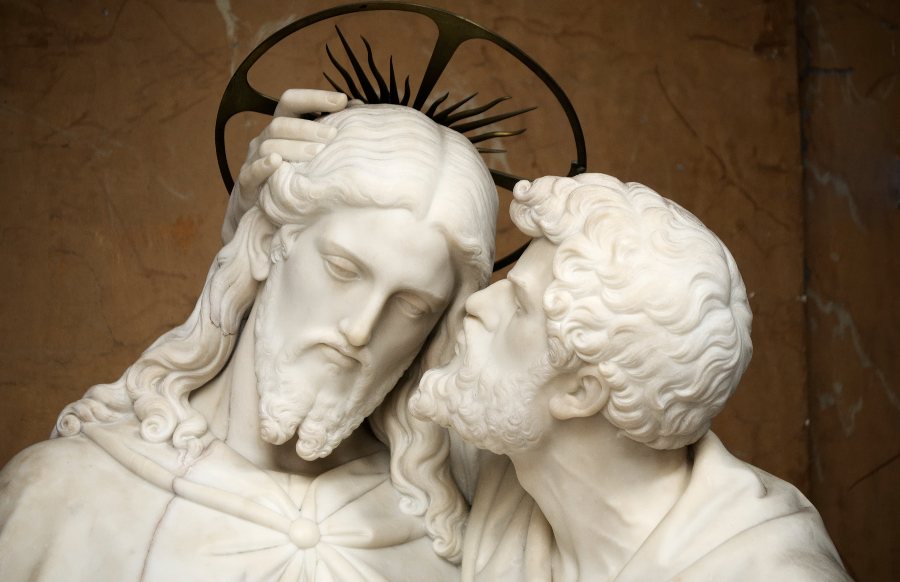 Who do you think is the better Christian? Judas or Mary?

Six days before the Passover celebration began, Jesus arrived in Bethany, the home of Lazarus — the man he had raised from the dead. A dinner was prepared in Jesus’ honor. Martha served, and Lazarus was among those who ate with him. Then Mary took a twelve-ounce jar of expensive perfume made from essence of nard, and she anointed Jesus’ feet with it, wiping his feet with her hair. The house was filled with the fragrance.

But Judas Iscariot, the disciple who would soon betray him, said, “That perfume was worth a year’s wages. It should have been sold and the money given to the poor.” (John 12:1-5, NLT)

Let’s be honest, doesn’t the use of perfume worth about a year’s wages in one single moment seem like a bad idea? A terrible use of resources? Judas was concerned for the poor. We might even say that he was more “Christlike” than Mary. Yet Judas was not commended:

Not that he cared for the poor — he was a thief, and since he was in charge of the disciples’ money, he often stole some for himself.

Jesus replied, ‘Leave her alone. She did this in preparation for my burial. You will always have the poor among you, but you will not always have me.’ (John 12:6-8, NLT)

Judas does not have good character. He is deceitful, greedy, a thief, and will go on to betray Jesus for money.

Is there anything to learn here? Yes.

Being one of the twelve disciples Jesus chose to draw close, Judas spent a lot of time with Jesus. Yet despite all the teaching he heard, likely repeatedly as Jesus would have taught similar things in different towns, and despite all the miracles he witnessed, Judas was unchanged. Judas could not have found a better mentor than Jesus. Yet he was unchanged.

Devotion to Good Religion Does Not Automatically Fix Bad Character

Judas was a Jew, and his concern for the poor was baked right into the Jewish faith. Yet not stealing was also baked right in! Judas perhaps gave the impression that he was a good Bible-believing Jew with his suggestion regarding relief for the poor. Yet he was not a good Jew. His character was unchanged. His religion did not change him.

Are we devoted to Christianity, yet we are not changed? Perhaps we say a lot of good Christian sounding things, yet we are not more generous than we were ten years ago — or more faithful, gentle or self-controlled.

Before we go on to talk about the solution, let’s recognize that things get worse as we read further:

When all the people heard of Jesus’ arrival, they flocked to see him and also to see Lazarus, the man Jesus had raised from the dead. Then the leading priests decided to kill Lazarus, too, for it was because of him that many of the people had deserted them and believed in Jesus. (John 12:9-11, NLT)

The leading priests were supposed to be the cream of the crop, the ones who set the best example of what it looks like to be faithful to God. Yet from them we learn that devotion to good religion does not automatically fix bad character.

Devotion to Good Religion Does Not Automatically Fix Bad Thinking

You might have expected the chief priests to treat the raising of Lazarus as a wake up call, to start rethinking their view of Jesus, to start listening to the teaching of Jesus. But their thinking went unchanged.

We can become destructive when we stick with bad thinking. That can be true when we are new to Christianity, failing to rethink areas of our lives that Christ shines a new light on. It can also be true for those of us who have been Christians for a long time. Our devotion to Christianity does not automatically fix our bad thinking.

Mary’s generous character, as demonstrated with the “waste” of perfume, stands in contrast to the greed of Judas. Mary’s right thinking about Jesus, knowing that Jesus is worthy of an extreme act of devotion, stands in contrast with leading priests who wanted him dead.

So What’s the Fix?

If devotion to Christianity does not automatically fix bad character or bad thinking, what will?

When Jesus had finished saying these things, the crowds were amazed at his teaching, for he taught with real authority — quite unlike their teachers of religious law. (Matthew 7:24-29, NLT)

Our character and ideas mature as we build upon Jesus.

It begins with being intentional. Builders choose to build. They also choose where to build. We can be intentional in our desire to build our lives on the teaching and example of Jesus.

This is different than saying we choose to build on our particular expression of the Christian faith. While most Christian traditions attempt to get the thinking right, there is no guarantee that they do. We want to keep going back to Jesus. We don’t want to let someone else dictate all the ideas to us. That happens in cults. Controlling people’s behavior and thinking does not guarantee good character or good thinking. Helping people walk with Jesus and focus on Jesus ensures that we will at least be growing in both.

The builders choose to build, but at some point they need to grab the needed tools and get to work. The intention to build is not enough, there also needs to be action. “Anyone who listens to my teaching and follows it is wise.”

My wife and I decided some time ago that we wanted to live a more healthy lifestyle. Gluttony is the one sin we pastors can get away with. Good intentions for a healthier lifestyle needed to become actions, like walking past the snack cupboard and lacing up the running shoes. Nike’s tagline of “Just Do It” is a brilliant tagline for a running shoe. It is also good advice to us as Christians, to get actively involved in our relationship with God.

Good intentions are not enough!

Jesus himself models good intention and follow-through by his intention to express love in the face of hatred. That good intention became action in his deliberate journey to the cross. When Mary poured out the perfume on Jesus, she unwittingly pointed out where that journey led — to his death, the full expression of God’s love. “Leave her alone. She did this in preparation for my burial.”

The cross is a reminder of what happens when bad character meets bad ideas. God came to us in Jesus and we killed him. When the bad character of Judas met up with the bad thinking of the leading priests, the execution of Jesus became a real possibility.

The cross is also a reminder of what happens when good character meets good ideas. Though God came to us in Jesus and we killed him, God loved us anyway. As we pick up our cross and follow in that way of love, we will be changed — both in our character and in our thinking.

A Messy Faith, But a Merry Christmas