When 2 Year Olds Are Thrown Off Airplanes, You Know America Has Changed 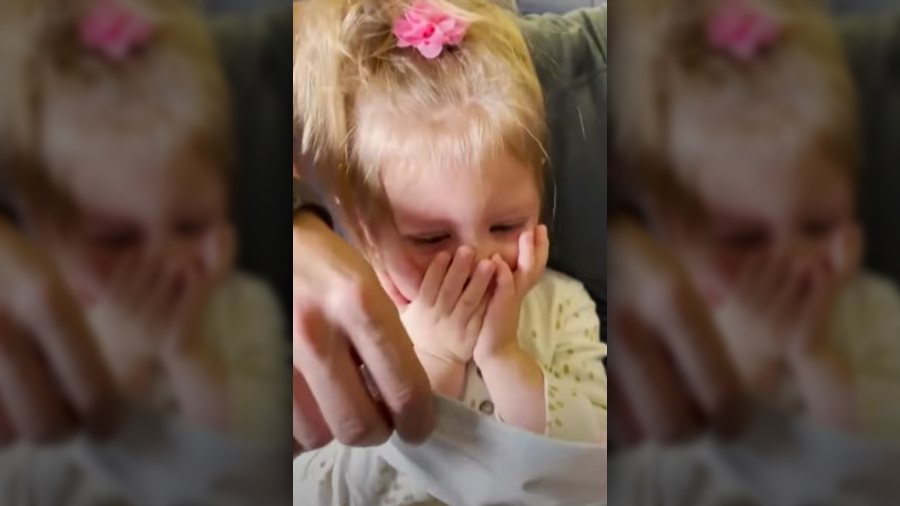 You may have seen the video of the family thrown off a United Airlines airplane because the 2-year-old daughter would not wear a mask. Though the family wore masks and the father promised to cover his daughter’s face with a mask that he placed on her face, it made no difference. Though the child was completely asymptomatic, and though it is exceedingly rare for a child to transmit COVID-19 to an adult — that is why Sweden kept its schools open all spring and summer, with its students not wearing masks — the airline had its orders, and the flight attendant duly obeyed them.

As I watched the video, I wondered what the flight attendant thought. For example, did he think this was absurd, not to mention cruel? Did he know that 2-year-olds present virtually no health risk? Did he wonder why adults can sit without masks inches from other passengers while eating but a 2-year-old seated only next to family needed a mask?

Or did he think he was performing a noble service in kicking a family off an airplane because their 2-year-old wouldn’t wear a mask?

I hope he thought he was enforcing an idiotic rule and had no choice. Then there is hope for him and for America. Otherwise, he’s an irrational automaton, among the scariest people in any society.

Here is what we can assume:

United Airlines has made the calculation that if it doesn’t enforce every directive from the Centers for Disease Control and Prevention, two bad things will result: 1) People will be too scared to fly United; 2) If anyone gets COVID-19 after a United flight on which a 2-year-old was allowed to fly without a mask, the airline will be sued.

Regarding children and mask-wearing, the CDC website states, “Masks should NOT be worn by children under the age of 2.” The CDC capitalizes “NOT.”

So, while the CDC is adamant children under the age of 2 must NOT wear a face mask, a child who just turned 2 constitutes a mortal danger to others on the plane — and must be ejected from the plane if she just won’t cover her face.

It is not overstated to declare the year 2020 the year it became legitimate to question whether America could still declare itself either “the Land of the Free” or “the Home of the Brave.” Maybe it really is time to replace the national anthem with some other song that doesn’t have us singing what so many of us no longer believe in.

When half of America sings those words, they are no longer referring to themselves or what they want America to be. About half of us — more or less, the half that voted Donald Trump for president — still believes that America should be the Land of the Free and Home of the Brave. But half of us, including the entire elite — the major media; the entire educational system from elementary school through graduate school; national, most state and all major city bureaucracies; and the Democratic Party — neither value freedom nor seek to be brave.

When I see Americans walking outdoors with masks on, my first reaction is to mourn the death of reason and my second is to wonder what college they attended. Because one of the many other awful things colleges do to most of their students is make them afraid: afraid not only of dying if they pass another human being while walking their dog but also of dying from global warming, and afraid of any ideas not inculcated into them by their school.

That’s why they and most of their professors object to conservatives speaking at their school. To the brainwashed, different ideas are frightening and make them feel “unsafe” (hence, “safe spaces” at so many colleges).

Should We Stop Living?

When viruses killed the equivalent of about 165,000 Americans in 1968 and about 225,000 in 1957 (numbers adjusted based on the current U.S. population), healthy Americans did not quarantine; no one hid behind masks; no school closed; no store or restaurant went out of business. Why? Because people understood that viruses and death are tragic parts of life, and it never occurred to them to deprive children of their studies, their friends and their childhood.

It didn’t occur to Americans that because some people contracted a virus and died, 99% of the population should stop living and earning livelihoods. In that America, the news media were not singularly dedicated to frightening Americans. And most important, the left had not yet succeeded in ruining the country; after all, far fewer Americans went to college at that time, and high school and elementary school teachers still viewed their vocation as a call to teach, not indoctrinate.

All of this explains how we got to the place where United Airlines could throw a 2-year-old girl off an airplane while presumably half the passengers supported her eviction and the other half was cowed into silence.