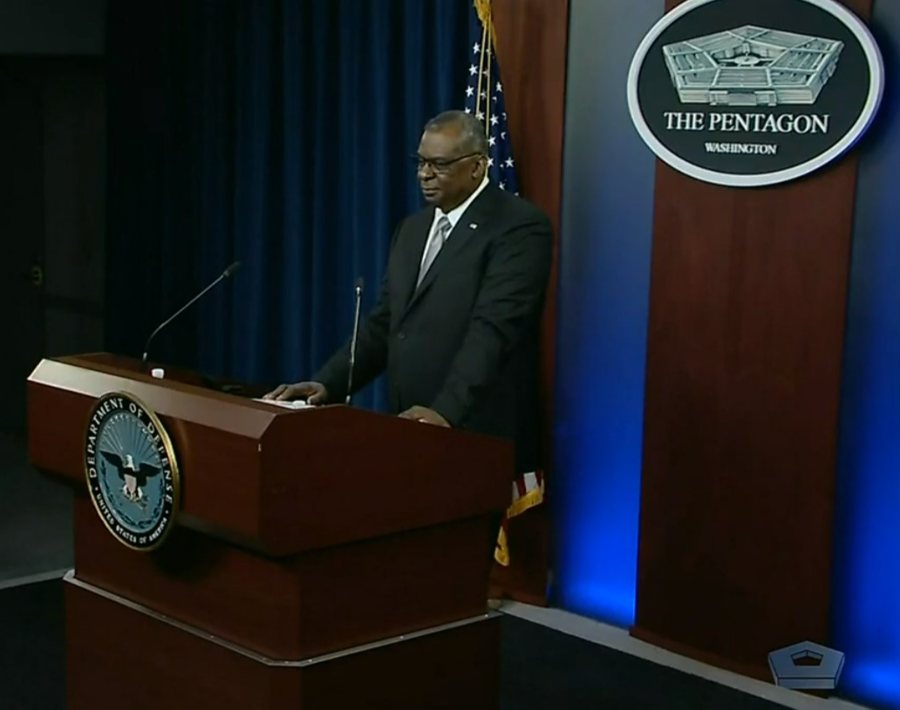 Since the January 6 security breach on Capitol Hill, there’s been a great deal of talk about how to deal with those espousing “extremist ideology,” particularly within the military and law enforcement. We’ve seen ridiculously gross overreaction to the breach by Democrats in Congress and also have big reason for concern about the upper echelons of the military. Politico, certainly no right-wing news outlet, has been running stories on this over the past several weeks, and I thought it would be a good idea to explore a couple of these along with some of our more go-to sources.

On Saturday, Politico ran a piece on some of the internal training materials being used by the Department of Defense, one of these a 17-page briefing compiled by the DoD Internal Threat Management and Analysis Center, part of the Defense Counterintelligence and Security Agency.

At a time when we’re seeing an “ascendant” China and Russia, an unstable Middle East, a border crisis and a nuclear North Korea, Biden’s top generals are saying, “You know what we really need right now? Extremism training!”

According to this briefing, they report, both military and civilian personnel have “a duty and responsibility” to report “extremist behavior or activity.” They’re also supposed to be aware of symbols of these ideologies. (According to Politico, the materials do at least mention far-left ideologies and Islamist views, but other sources very strongly suggest the focus is on the right.)

The article states that “the prevalence of extremists in the Defense Department appears to be small. For example, the 220,000-strong Marine Corps recently reported that it kicked out four members last year for extremist activity.” But this isn’t stopping the Pentagon, which says “one is too many.”

The focus on white supremacism as a general threat didn’t start just with Biden. In a Homeland Threat Assessment from October 2020, the acting secretary of the Department of Homeland Security said, “…I am particularly concerned about white supremacist violent extremists who have been exceptionally lethal in their abhorrent, targeted attacks in recent years.” He did also go on to cite what he called “the exploitation of lawful protests causing violence, death and destruction in American communities.” You know, those activities that were billed in the media as “peaceful protests”?

(By the way, one can tell this was produced during the Trump administration by its mention of another threat: “illegal and mass migration to the United States.” I would imagine this has been taken out of current threat assessments. But I digress.)

One of my researchers did a deep dive and found an item of interest, this 2021 workshop dealing with threat assessment in general, that “examines the emerging threat posed by extreme right-wing anti-government groups.” A “terrorist radicalization assessment protocol” is used to help determine who is dangerous. We don’t know how focused this workshop is on ferreting out right-wing “extremism,” as it deals with a variety of perceived threats, but I’d love to be a fly on the wall.

“Stand Down” — to Discuss Extremism

Anyway, after a “highly unusual” order from Biden’s new Defense Secretary Lloyd Austin, all members of the military by the first week in April are required to have taken part in a day-long “stand down” to discuss extremism and obtain feedback from troops on “racism and other hateful ideologies or anti-government sentiment [that] have taken root in recent years.”

The new military training materials reportedly focus on behavior and symbolism. According to the article, they do point out the risk of making false assumptions about people who don’t pose a threat, mentioning that religious conservatives are often wrongly lumped in with white supremacists and other extremists. (As you’ll see, though, other sources say that’s exactly what they’re doing.)

Politico‘s Bryan Bender reported about a month ago, before the training materials were released, that “there’s a growing sense of anxiety within the Pentagon that this push [to confront white nationalism and other far-right ideologies] could feed the perception that it is policing political thought, favoring one political party over another or muzzling free speech.”

No kidding. We’ve seen enough of that outside the military — finding out what “cancel culture” can do in response to one misinterpreted tweet, even decades old — to know what it would look like inside the military. In other words, the “perception” that they’re playing Thought Police has been well-fed, and our concern is well-founded.

The Dangers of “Witch Hunts” Within the Ranks

Rosewall asks two key questions: 1) what is “extremism”? And 2) what will happen to military members deemed to be “extremists”? He also provides a valuable historical perspective by bringing in examples of previous witch hunts, which “have not ended well,” he says.

Rosewall suggests that the way to deal with the current “perceived problem” is to “clearly define and articulate ACTIONS AND BEHAVIORS [emphasis his] that are considered contrary to good order and discipline.” That way, they avoid the trap of trying to assess “creeds, convictions and personal beliefs.”

But Aaron Reitz, a major in the Marine Corps Reserve and the Texas deputy attorney general for legal strategy, appearing with Tucker Carlson on Friday, expressed alarm that the Biden Defense Department won’t be satisfied with that limited an effort. The military in its current incarnation is just too “woke.” His impression is that this latest “witch hunt” within the ranks will not turn out well.

Reitz warned that at a time when we’re seeing an “ascendant” China and Russia, an unstable Middle East, a border crisis and a nuclear North Korea, Biden’s top generals are saying, “You know what we really need right now? Extremism training!”

He speculated that people in the upper ranks who want to get promoted even higher during Biden’s term “see the ideology coming from the top and may be working to accommodate it in order to get “the next star.”

According to Reitz, the military is NOT focusing just on actions and behaviors:

So extremism training is — and I’m quoting from documents — ‘to eradicate, eliminate and conquer all forms of racism, sexism, homophobia’ and so forth. What does this stuff mean? Who knows?

Reitz has just been through the required “stand down” day of training. Here’s the article he wrote about this for Newsweek. It’s so good, I’m surprised to see it there.

He describes the nature of the training as “left-wing political programming, as direct as it sounds.”

We were instructed that there is a Taliban-like threat in the United States called ‘domestic terrorism,’ he writes. These terrorists are characterized in part by ‘anti-government,’ ‘anti-authority’ or ‘abortion-related’ [editorial comment: !!!] extremism and various ‘supremacist’ ideas. None of these terms are defined. The Marine Corps entrusts the government’s HR department to figure that out.

He writes that since Biden’s election and, especially, since the Capitol Hill incident, “bureaucratic progressivism has hardened into iron-fisted wokeism.” Importantly, he quotes the highest-ranking members of the Army and the Marines to show that this effort goes far beyond a focus on actions and behavior to root out any ideology they don’t like. Absolutely, Reitz’s article is a must-read.

With our defense in the hands of “a bloated military-industrial complex given over to Fortune 500-style corporate progressivism,” we are deservedly being laughed at by our enemies, he says. “We need a military fit for real warriors,” he says, “not the social justice kind.”