Whatever Happened to Biblical Discernment? 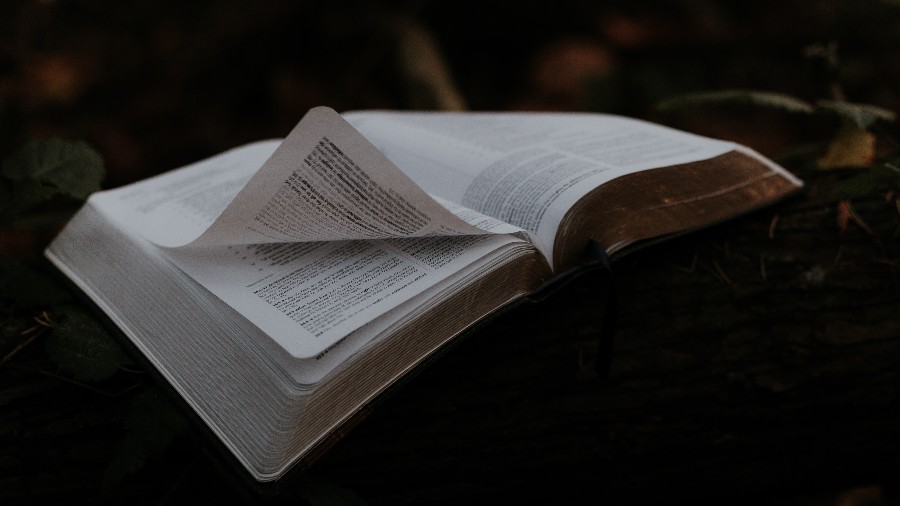 This isn’t the most popular of topics. In fact, do you even hear the word much these days?

Neither do I, which should bother us. Discernment is an endangered term, seemingly going the way of the dinosaur, but badly needed in modern Christian life. Yet I’ve shied away from the word myself, for a couple reasons.

First, I’ve seen it abused by people wanting to appear spiritual and, in the interest of making sure you share their opinion of themselves as Holy Ghost giants, they inform you they’re “discerning” this or that. (Often, you’re the “this” or the “that” under scrutiny.)

Second, there’s a rigid, Pharisee-like attitude that can come along with having gifts of discernment. On the one hand, discernment ministries are more needed than ever, because they act as watchmen and, when necessary, whistle-blowers. They hold Christian leaders accountable for what they say and write, commenting on them in blogs and articles, and thank God for that. No one is above criticism, and those who publicly communicate should expect public review, whether positive or negative. I’m all for that.

But a weakness sometimes going along with such work is a judgmental attitude, at times nit-picky over secondary issues; sometimes sarcastic or needlessly harsh. It can go with the territory, and needs to be guarded against. (I should know, having been all too guilty of that myself.)

None of which discounts the legitimacy of discernment, so let’s look at what it is, and why it’s needed.

Five Hebrew words in the Old Testament are translated “discern” in the King James Version, as are three Greek words in the New Testament. They all have the same general meaning: “examine,” “listen to,” “regard,” “distinguish.”

That’s the long and short of it. To discern means to distinguish one from the other, truth from error, sound doctrine from false. No PhD required. So Paul said:

“Let a man so account of us, as of the ministers of Christ, and stewards of the mysteries of God.” (1 Corinthians 4:1)

Put that alongside his admonition to Timothy:

“And the servant of the Lord must not strive; but be gentle unto all men, apt to teach, patient…” (2 Timothy 2:24)

This tells me all believers are stewards of truth, commissioned not only to learn and live it, but to also distinguish genuine from counterfeit. Which, of course, requires discernment, something we’re all called to have, and capable of having.

Three areas of discernment seem important to me today: First, discerning the Word (what it says and what it doesn’t), then discerning the times, and finally, discerning our own hearts. We’ll cover the first today, and the next two on Friday and Saturday.

The only time the word “noble” is used in the New Testament to describe someone’s character occurs when Luke referenced the Bereans:

These were more noble than those in Thessalonica, in that they received the word with all readiness of mind, and searched the scriptures daily, whether those things were so. (Acts 17:11)

The Bereans discerned, refusing to believe something just because someone else said it, even someone as learned as Paul the Apostle. This impressed Luke so much that he conferred on them a term normally reserved for nobility as a class. It’s as if he was saying they were downright “royal” for having the integrity to discern what the Scriptures did or did not say.

The modern church could use a bit of that nobility, as evidenced not only by the wrong positions more and more believers are taking, but also by the way they’ve arrived at those positions.

For example, I read of a prominent Christian musician who’d begun advocating for same-sex marriage. Regarding the Bible itself, he said: “It is perhaps less important to know what is ‘right’ or ‘wrong’ morally speaking, than to know how to act towards those we consider ‘wrong.’”

His position, though clearly un-Biblical, seems less alarming than his process of arriving at that position. Sadly, his case isn’t so rare.

I’ve lost count of the number of people — some of them seasoned leaders who should know better — who’ve said, “I’ve changed my position on such-and-such an issue because I got to know the people I disagreed with, and they were so nice, I figured they just couldn’t be wrong!”

Which flies in the face of Paul’s question “What saith the scripture?” (Romans 4:3) Right versus wrong is hardly determined by who’s the nicest, or what the majority’s saying. It’s answered by discerning the Word, first by studying it the way a worker applies himself to his trade, then by rightly dividing it the way a craftsman measures his project. (2 Timothy 2:15)

But when a respected leader says what’s right or wrong takes a back seat to how we respond to wrongdoers, that says we’re handling the Bible less like responsible workers, and more like careless kids. So in the interest of a more noble approach, let’s strive to follow three simple principles:

I know the Bible. I am not a theologian. I did not just contradict myself.

You can read a book without being an expert on it.

For example, I’ve read Charles Dickens works, and I could carry on a decent conversation about his writing. But I’m no expert on Dickens, because I know very little about his life, or when he wrote which book, or what his frame of mind was when he wrote. Those are items the Dickens experts could tackle, not me. But I’ve got a working knowledge of his writing, not because I’m bright, but because I’ve read it.

Ditto for the Bible. All of us have the ability to read it daily, study it seriously, and treat it with the reverence it deserves. If God has spoken, we need to listen, and there’s no better way to know what He expects of you than to take in what He’s plainly said. Biblical discernment springs from Biblical knowledge.

Study All of It

Some pretty terrible ideas have been arrived at because someone yanked a scripture out of context without comparing it to the rest of the Bible. Take Matthew 27:5 and Luke 10:37 in isolation, and you get “Then he went out and hanged himself … go thou and do likewise.”

That’s an old joke, but the principle’s relevant. When people are grounded in the Word, it’s because they’ve studied it in its entirety. Topical study has its place, but nothing beats the expository, verse-by-verse approach. If you and I are going to mature, we’ll do it by taking in the solid meat of the Bible, line by line, precept by precept.

Study All of It Impartially

Exegesis and eisegesis are fancy-sounding but important words, speaking to a human element we all have while reading the Bible: our own agenda.

We may want to know what it says, but at times, we also hope it says what we want it to say. So when I approach the word, I need to acknowledge my own biases, and pray they’re not allowed to get in the way.

I don’t believe anyone’s immune from the eisegesis tendency. Knowing that, I need to ask God to help me conform to the truth, rather than try making the truth conform to me. Not easy; often painful. But necessary if we’re to approach the Word as it’s meant to be approached.

Along these lines, the author of Hebrews pointed out that:

“… strong meat belongeth to them that are of full age, even those who by reason of use have their senses exercised to discern both good and evil.” (Hebrews 5:14)

Discernment, then, is a mark of spiritual maturity. My ability to know what is true, and thereby what is right, and thereby what is necessary, will largely be determined by my working knowledge of the Bible. So I hope I’ve grown up by now. I just as strongly hope I never lose a willingness to face the areas in which I haven’t.