‘Whataboutism’ is Not Always Wrong 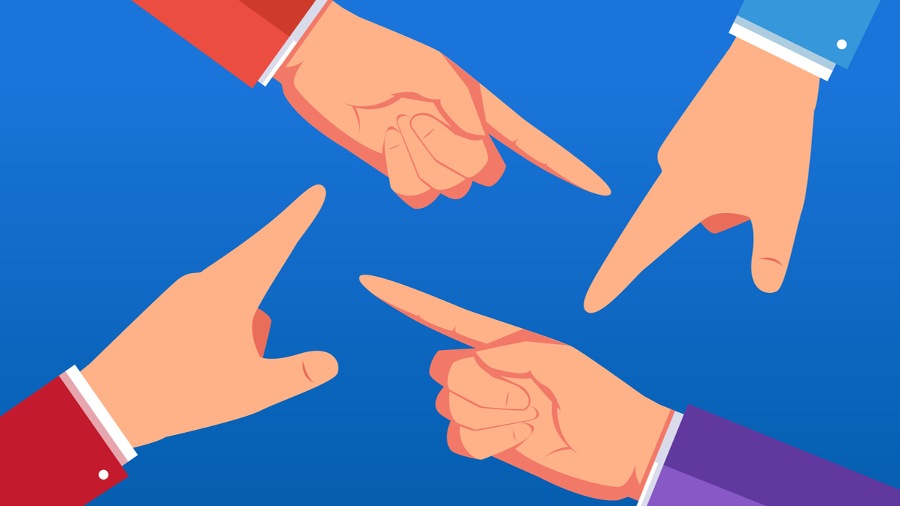 We hear a lot today about a tactic of argument called “whataboutism,” usually in the context of political debates. I’ve read and heard philosophical debates for many years, and this term was not common until recently.

‘What About’ Its Meaning?

When Merriam-Webster added the word way, way back in late 2021, they defined it as “the act or practice of responding to an accusation of wrongdoing by claiming that an offense committed by another is similar or worse.”

Not that you needed the dictionary to tell you what a word like this means, given its self-descriptive name. But even words with meanings we intuitively get sometimes need a closer look when they become regular ammunition in verbal battles.

The question I want to consider is this: Is “whataboutism” a fallacy of some kind? That is the assumption nearly every time the word is invoked. But if it is an illegitimate or dishonest way to argue or defend a position, we should understand how.

My response to the above question is that some kinds of “whataboutism” are indeed illegitimate and could generally be called fallacies. But other kinds are not so.

When “Whataboutism” is a Fallacy

I would identify at least five types or uses of “whataboutism” that are wrong:

Total Irrelevance: This would be pointing out something that has no bearing at all on what is being debated. Sometimes it happens because someone just isn’t thinking straight.

Example: The investigating officer examines a suspect about the 100 kilos of cocaine in his basement, and he replies, “Well what about back in ‘97 when I lived in San Diego my neighbor Harold once assaulted me for parking too close to his driveway? The cops went way too easy on him.”

This is an obvious fallacy of relevance, bordering on the irrational. One thing has so little to do with the other that it seems entirely disconnected from the subject.

Ad Hominem: This is just a personal attack. It sounds like a turning of the tables type of “whataboutism” but it amounts to slander or name-calling.

Little explanation is needed, I presume, as to why this is a fallacy.

Evasion: If the “whataboutism” is simply to deflect or evade, that is obviously an illegitimate tactic. It’s similar to the irrelevance example above, with a more specified goal of throwing the scent off of your own trail, “red herring” style.

Example: A Homeland Security official is asked about the numbers of potential terrorists crossing the border into the country undetected and responds, “I think the more important question is for all of these business owners hiring illegals without vetting them. Have you asked them about that?”

In this example, it may well be that employers should be asked about their hiring practices, but this doesn’t address the issue put to the official regarding his specific responsibilities. It’s not like we can suddenly move all of our attention to the other thing (“squirrel!!”) and forget about him.

Tu Quoque: Another Latin term which indicates that this one’s an oldie. It means “You too” and is simply finger pointing back in the other direction. It’s what children do to each other: “You did it too” or “You did it first.”

It may well be that the other party (the one making an accusation) is equally guilty, but simply pointing that out is not a defense of the act in question.

There’s nothing wrong with pointing out, for fairness and consistency, that the other party is equally guilty, but it can’t comprise your argument. You still have to explain either (a) why it is OK that you did it, or (b) that you were wrong for doing it [even if you’re not the only one].

As Socrates once said to one his sophist opponents who accused him of using the same erroneous reasoning as himself — paraphrasing — “Even if you are right, this only makes us both guilty of it and isn’t a justification of continuing to do it.”

An even more egregious sub-species of this is when the two wrongs are wildly asymmetrical, like if you confronted a serial killer with his guilt and he said, “Well I heard you were once addicted to pain pills, so you’re no saint either.” The false equivalence only accentuates how ridiculous a tactic that is.

Two Wrongs Make a Right: Your mother probably taught you this one. It’s closely related to the previous one. You can’t justify your actions by the fact that someone else did the same. If a business competitor throws a homemade explosive into your headquarters, you will not be exonerated from guilt if you do the same on the next night. This is not a kind of “whataboutism” that will fly in court or in the realm of legitimate debate.

You may think some of these examples are too obvious or even silly. But these kinds of “whataboutism” have been employed infamously by powerful interests in the past.

The best examples have been authoritarian regimes, using their own kind of “whataboutism” as a propaganda tool to deflect attention from their own atrocities. The Soviets were famous for this, and today’s Russia still employs it. If Putin’s regime is asked about cruelty and barbarism against Ukranians, they may simply ask us “whatabout the U.S. invading Iraq?”

The rise of American self-flagellation among woke progressives has helped China play the “whataboutism” game on a whole new level. When our representatives confront their leaders about gross violations of human rights (like the genocidal oppression of the Uyghurs), they simply take the talking points of leftist “social justice” organizations about America being horribly racist and throw it back in our faces.

These are obvious fallacies of evasion and ridiculous false equivalence. But these and other bad examples don’t represent the only accusations of “whataboutism” today, and in a some of those other cases, no fallacy is being committed.

The Legitimate Kind of “Whataboutism”

The charge of “whataboutism” is often employed today in cases where a legitimate point is being made. Typically this is in the form of seeking fairness or consistency.

These two things — fairness and consistency — are such basic bedrocks of ethics and law that I should not need to elaborate. Logic itself demands consistency.

Imagine you are a 14 yr. old who wants a very expensive pair of sunglasses and thus you steal them from the Cool Shades Emporium at the outlet mall. When caught and questioned, if you seek to defend your actions by pointing out that other kids rob the store routinely, this will get you nowhere, since two wrongs don’t make a right.

Even if you can show that the store doesn’t go after other kids but looks the other way, this also can’t justify or exonerate your theft. On the question of this case of theft, you are guilty, period.

BUT, as a distinct matter, if in fact the store is selective about whom it pursues, that is a question that ought to be investigated. We should ask, Why some and not others? Why isn’t their policy enforced with consistency? In short, “what about” that?

Fairness and Consistency in Law & Media

Longtime high profile law professor Alan Dershowitz recently wrote a defense of this kind of “whataboutism” in light of the dramatic difference in the way that leaders in the Department of Justice have treated persons from different political parties. As with the analogy above, Dershowitz and others raising the same concerns are not trying to justify the actions of conservatives who may be guilty of something. The issue is the application of law across the board. Why is it being selectively applied along ideological lines?

The same plea for fairness and consistency applies in the area of media coverage. Watchdogs of the press like the Media Research Center or former CBS investigative reporter Sharyl Attkisson have long shown how consistently asymmetrical the major media outlets are in their coverage of different political sides.

To take one of many examples, as the media unites in the new talking point that questioning or denying election results makes you a treasonous threat to democracy, you can easily find a video showing nearly every prominent Democrat for the last decade doing just that. If it’s “whataboutism” to ask “What about all of those election questioners/deniers?” it’s a perfectly valid form of it. Again, it’s not a statement about whether questioning elections is good or bad; it’s an indictment of bias or double-standards on the part of those who report of the issue.

This could be pointed out in countless other areas: which cause can justify riots vs. which cause will be prosecuted as terrorism; how violent crime is reported differently based on the identity markers of the perpetrators; which kinds of people get kicked off of social media platforms vs. which get a pass; which important persons were free to go maskless vs. which ones were “literally murdering people” by doing so; which rich person is evil vs. which one is good; which political leaders can play fast & loose with the rules vs. which ones will be raided by armed agents, etc.

Whenever we see a glaring disparity between two standards being applied to different people or groups based on their point of view or political affiliation, it is right to ask “what about” that.

Clint Roberts is an adjunct professor at the University of Oklahoma and Southern Nazarene University.

Originally published at How to Read a News Story. Republished with permission.

The Stories We Tell Ourselves