Vanity Fair may not have proved where COVID-19 came from, but they did a smashing job of exposing the rotten core of DC power politics. 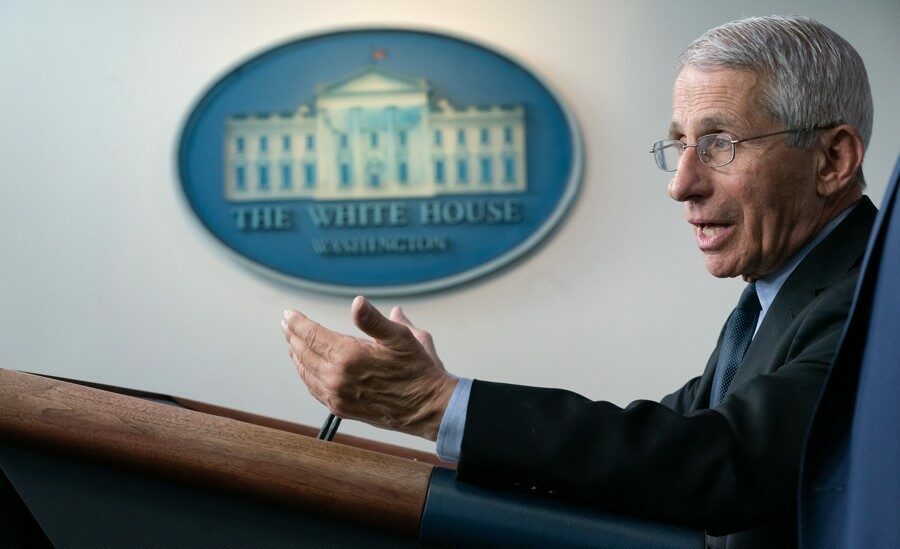 I finally got around to reading that (long) Vanity Fair article on the origins of COVID-19 and DC corruption — and it’s a doozy.

Katherine Eban’s deep dive into the non-profit EcoHealth Alliance and its ties to the Wuhan Institute of Virology is a masterpiece of investigative journalism and reveals several bombshells about the risky research on coronaviruses the federal government was funding.

Eban’s reporting draws on some 100,000 leaked documents that show why the organizations created to defend humans from viruses now find themselves as the primary suspects of COVID’s origins — in large part because of their secrecy and political machinations.

Importantly, Eban’s reporting leaves little doubt that the federal government was, in fact, funding gain-of-function research. Indeed, Peter Daszak, the British zoologist who heads EcoHealth, admits as much in his July 2016 response to an NIH program officer who informed him his request for funding — which would be “conducted at the Wuhan Institute of Virology” — had been approved.

“This is terrific!” Daszak responded in an email to NIH. “We are very happy to hear that our Gain of Function research funding pause has been lifted.”

Anyone still clinging to the notion that Fauci is a humble, much less heroic, public servant will have a rude awakening.

This is important, because Dr. Anthony Fauci has steadfastly denied that NIH funded gain-of-function research — prohibited at the time — which is defined by the Department of Health and Human Services as experimentation “that improves the ability of a pathogen to cause disease” to “enable assessment of the pandemic potential of emerging infectious agents.”

The revelation that the federal government was funding risky coronavirus research became problematic in 2019 with the outbreak of the COVID-19 pandemic. This might explain, as Eban details, why Fauci, Daszak, and many in their circle were so insistent that the virus’s origins were natural — and grew downright hostile to those suggesting otherwise.

“Their goal was to have a single narrative,” said former CDC Director Robert Redfield, who found himself ostracized after urging Fauci to pursue both the natural-origin hypothesis and the lab-leak theory.

The article makes it clear that Fauci and his inner circle did not play nice with scientists who strayed from this “single narrative.”

W. Ian Lipkin, an epidemiologist at Columbia University who supports the natural-origin theory, was one of five authors of the Proximal Origin letter of February 2020, which stated “we do not believe that any type of laboratory-based scenario is plausible.” But Lipkin was not invited to collaborate again after expressing his belief to his co-authors that gain-of-function research was being performed with “insufficient safeguards.”

And then there’s evolutionary biologist Jesse D. Bloom, who wrote a preprint paper “after noticing that a number of early SARS-CoV-2 genomic sequences mentioned in a published paper from China had somehow vanished without a trace.” Additional detective work revealed that NIH had “deleted the sequences from its own archive at the request of researchers in Wuhan.”

Bloom’s paper led to a contentious meeting with Fauci and his boss, NIH Director Francis Collins, which included several other scientists (including two of whom Bloom brought to the meeting). One of the scientists present, evolutionary biologist Kristian Andersen, allegedly said he found Bloom’s preprint “deeply troubling” and suggested steps should be taken to “either entirely delete the preprint or revise it ‘in a way that would leave no record this had been done.’” (Andersen denies this account. Sergei Pond, a scientist who accompanied Bloom, affirms it.)

This is just a taste of what you’ll find in the Vanity Fair article, which I encourage readers to read in its entirety.

While there’s no smoking gun that answers where SARS-CoV-2 originated, there’s a whole lot of evidence showing that some very powerful people have worked quite hard to shape public opinion and suppress information that runs counter to their natural-origin hypothesis.

While Vanity Fair may not have proven where COVID came from, they did a wonderful job of exposing the rotten core of DC power politics. Anyone still clinging to the notion that Fauci is a humble, much less heroic, public servant will have a rude awakening. Readers learn how Daszak raked in millions by throwing lavish parties for VIPs at the Cosmos Club, serving brie and chardonnay to rub elbows with high-level officials like Fauci doling out federal grants. After much work and back-channeling, Daszak was able to get to the podium with Fauci — after getting this tip on how to land him for a speaking engagement.

“[He] normally says no to almost everything like this. Unless ABC, NBC, CBS, and FOX are all there with cameras running,” David Morens, Fauci’s senior adviser, told Daszak in an email. “If he were asked to give the main talk or the only talk that might increase the chances.”

In the free market, entrepreneurs secure funding by providing goods and services to people. In politics, funding is secured by throwing parties, schmoozing, and lining up speaking engagements for VIPs (so long as the cameras are running, for some).

Accountable to Virtually No One

Readers can determine for themselves what the results were of millions of dollars flowing to EcoHealth Alliance, an organization that lacked accountability and couldn’t even apply for grants on time — but was nevertheless awarded federal funding to perform gain-of-function research at the Wuhan Institute of Virology.

The results of funding such risky research shouldn’t surprise us — whatever they turn out to be.

“[It] was simply crazy, in my opinion,” Jack Nunberg, director of the Montana Biotechnology Center, told Vanity Fair.

Nor should it surprise us if it turns out that the all-powerful Chinese government and the sprawling U.S. bureaucratic state — accountable to virtually no one — are responsible for the gravest disaster in modern history.

“The chief evil is unlimited government;” the Nobel Prize-winning economist F.A. Hayek once observed, “nobody is qualified to wield unlimited power.”

The Changing Story of COVID-19