What? Manafort’s ‘Black Ledger’ May Be as Bogus as the Steele Dossier? 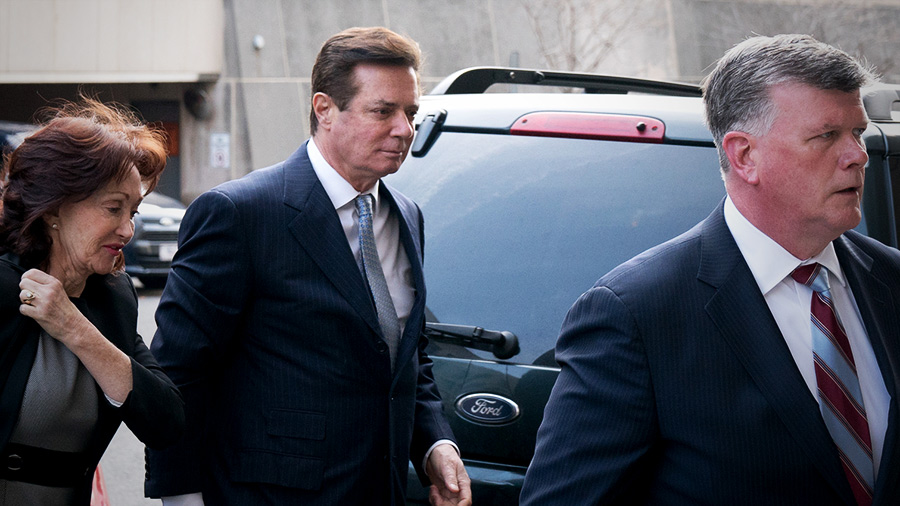 It just gets worse for the FBI. We knew that Christopher Steele’s Trump/Russia “dossier,” used as “evidence” to make the case for spying on Carter Page (and thus the whole campaign) could not be verified and was essentially fake. Now, guess what else is turning out to be a probable fake?

The infamous “black ledger” used to go after Paul Manafort.

Also called the “black cash ledger” because it was alleged to have recorded cash payments to Manafort from a Ukrainian political party he was working for, it was leaked by a Ukrainian official in the summer of 2016 to deliberately damage Trump’s campaign. This was the beginning of Manafort’s nightmare: his resignation as Donald Trump’s campaign chairman, his federal indictment on charges unrelated to Russia that had already been looked at and dropped in 2014, his long months of solitary confinement, his splashy trial and his plea deal.

Now the state of New York, just to keep Manafort out of reach of any pardon by Trump, has filed charges of its own and even tried to send him to Rikers Island to await trial. (The DOJ later refused to let Cyrus Vance, the U.S. attorney, transfer him there.) And in a case of truly unfortunate timing, the Supreme Court just ruled that it’s not double jeopardy for a person to be tried for the same crime by both federal and state courts. I would argue that this particular case is still double jeopardy, as there is considerable overlap among the officials involved in both trials — the same cast of characters going after him again.

Ironically, that Ukrainian official who leaked the ledger was later found by the justice system in his own country to have interfered in the U.S. election. Note: Here is another example of foreign involvement in our election that was undertaken to help HILLARY, not Trump. Did Robert Mueller and his special counsel team look at any of that? Uh, that would be a “no.”

The FBI Knew It Was Bogus

John Solomon has a new blockbuster piece in The Hill revealing that according to documents and over a dozen interviews with knowledgeable sources, the feds were warned repeatedly in late summer of 2016 that the ledger was likely a fake and could not be trusted. The FBI used it anyway, as probable cause for their search warrants on Manafort’s bank records in 2017.

Ukraine’s top anti-corruption prosecutor, Nazar Kholodnytsky, told Solomon that he personally warned warned the U.S. State Department’s law enforcement liaison and multiple FBI agents that Ukrainian officials who recovered the ledger believed it was probably a fraud. “It was not to be considered a document of Manafort,” he said. “It was not authenticated. And at that time it should not be used to bring accusation against anybody.”

And Manafort’s business partner, Konstantin Kilimnik told the U.S. government almost immediately after The New York Times wrote about it in August 2016 that the ledger was probably a fake. We’ve heard this name before. He was working as a regular informer for the State Department, though Mueller failed to mention that exculpatory fact in his report.

On August 22, Kilimnik sent an email to a senior U.S. official that said Manafort “could not have possibly taken large amounts of cash across three borders. It was always a different arrangement — payments were in wire transfers to his companies, WHICH IS NOT A VIOLATION.” (Emphasis mine.) Then he said, “I have some questions about this black cash stuff, because those published records do not make sense. The timeframe doesn’t match anything related to payments made to Manafort … it does not match my records. All fees Manafort got were wires, not cash.”

Mueller Also Knew. So How’d They Get Away With Using It?

U.S. law enforcement must have known this. Three sources familiar with the documents told Solomon that Mueller’s team as well as the FBI were given copies of Kilimnik’s warning.

But there was a way for the FBI to avoid knowingly submitting false or suspect evidence in Manafort’s case. Instead of citing the ledger itself as evidence, they cited media reports about the ledger. This is kind of like what they did with the dossier. They used Michael Isikoff’s story as “evidence” after the “dossier” narrative had been planted with him.

It looks as though the FBI leaked the ledger story as well, because the day before the AP published a story that was later cited by the FBI in its search warrant application, Andrew Weissmann and FBI officials met with those very same AP reporters!

“So, essentially,” Solomon explains, “the FBI cited a leak that the government had facilitated and then used it to support the black ledger evidence, even though it had been clearly warned about the document.” He concludes, “In the end, the best proof that the FBI knew the black ledger was a sham is that prosecutors never introduced it to jurors in Manafort’s trial.”

The FBI appears to have sustained an investigation into Trump/Russia “collusion” for more than two years based primarily on two extremely suspect documents — the dossier and the black ledger. What should be shocking news is at this point unsurprising, par-for-the-course. The FBI was so underhanded that it has actually made us feel sympathetic towards a semi-shady international lobbyist who committed mortgage and tax fraud.

Rep. Mark Meadows of the House Oversight Committee is asking the Justice Department IG to investigate the way the FBI and prosecutors handled the Manafort warrants, including any media leaks and evidence that the government knew the black ledger was potentially unreliable.