What if a Prophet is Wrong? How to Respond to Failed Prophesy 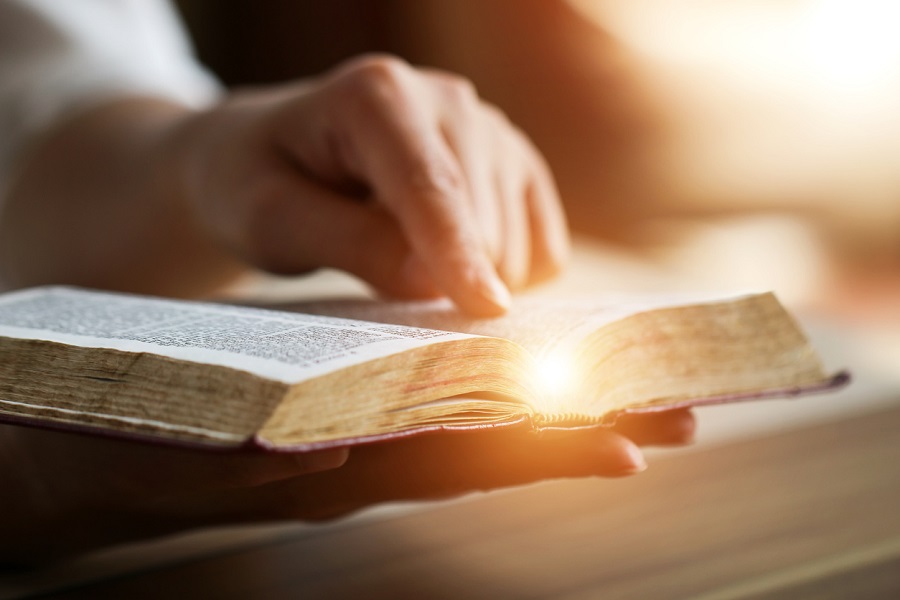 After many failed prophecies about former President Trump, many are left asking, “Can we hear the voice of God today via prophecy?” As a result, the Prophetic Standards was just released to clarify this issue. I also filmed a short video here about this important topic.

A “prophet,” as mentioned in the Bible, can be anyone in a position of spiritual authority or claiming to be. They are not to be elevated or idolized. We follow Christ, not men. False teachers aren’t ostentatiously dressed in red, armed with a pitchfork. They often look credible and talk convincingly; however, they bring destructive teachings into the church. They tend to avoid difficult truths such as sin, judgment, and repentance, and focus on what people want to hear, rather than what they need to hear. False teachers provide layers of truth mixed with error, but even a broken clock is right twice a day.

They are not to be elevated or idolized. We follow Christ, not men.

Today, when the truth of God’s Word is spoken, people are often offended because they’ve been conditioned to hear “feel good” messages that do little in calling out sin. As a result, churches are filled with people whose lifestyles reflect little change. William Still said it well, “Many, who for the first time come under the sound of Holy Ghost preaching, are mortally offended … because they have never been exposed to the white light of the Spirit.”

The Fruit Judges the Tree

Wisdom requires that we examine what is being sought and taught … what is the focus? Repentance, holiness, obedience, and purity should be primary rather than boasting, blessings, abundance, and prosperity.

Jesus warns, “Beware of false prophets, who come to you in sheep’s clothing, but inwardly they are ravenous wolves” (Matthew 7:15). There are false teachers within the church. We are encouraged to pray for wisdom and discernment. “Words from the Lord” cannot supersede the Bible, but rather, confirm it. Theologian Wayne Grudem writes in his popular textbook Systematic Theology that “prophecy involves not authoritative Bible teaching, and not speaking words of God which are equal to Scripture, but rather reporting something which God spontaneously brings to mind.”

We hold religiously to the written Word because it is our guide … to test what is being said: “The spirits of the prophets are subject to the prophets” (1 Corinthians 14:32). The speaker should be careful since his words must be under, or subject to, God’s Word. If those who look to the Word are accused of quenching and grieving the Spirit, we are reminded that Jesus used the Word of God for finality, discernment, and power.

What if a Prophecy Fails?

Can a person have the gift of prophecy, yet still make a mistake, in which case a “contrite” apology is required? What are we to say to this? The prophecy fiasco during the 2020 election is one such example. However, I don’t think that we can make a blanket statement. For example, I know very godly people with the gift of prophecy. They’ve been so accurate that only God could have revealed the information they conveyed. But there have been a few times where these same people told me things that didn’t come to pass. So are they false prophets?

In the Bible, it’s crystal clear that false prophets are false converts who intentionally deceive the people (see Jeremiah 23), whereas the people mentioned above simply allowed emotion and personal desire to lead their words, or they became too confident because of past accuracy. I don’t consider these people false prophets. Their mistake was that they didn’t take their word to the Lord and ask for confirmation. They reacted on impulse rather than receiving a true burden from the Lord.

A false proclaimer of God’s truth is much different, for example, than godly Miss Martha (not her real name) who loves the Lord and has the gift of prophecy. Because she desired godly leadership, as in the case of Trump’s re-election, she misspoke. This is much different than a false prophet. Granted, if Miss Martha keeps “missing it,” we may have a problem on our hands. Regardless, she needs to apologize and take a season to seek God for wisdom and discernment.

I would also add that people should not be quick to exercise this gift. It should be a burden that God puts on you that can be tested and weighed by others. Saying, “God is going to use your past for His glory,” is a great encouragement but not necessarily prophetic.

A Final Word to Those who Mislead

A false prophet intentionally misleads people by influencing them to act in a way contrary to God’s Word. They also don’t apologize when wrong. Granted, even false prophets sometimes apologize to mask their mistake, but the apology is more of an excuse (e.g., this is what I really meant).

False prophets are often flamboyant but lack godly character. They make sure to include the title of prophet or apostle on their business card. They are wolves in sheep’s clothing and they often focus on making money.

Have you been manipulating, conjuring, or falsely misrepresenting the work of the Spirit? Don’t live your life with a question mark here. Those who are truly saved want to protect and honor the work of the Spirit. Don’t waste another minute living like this. Take time now and repent so that God can use you in a mighty way.

Special Note: For more on this topic, see “The Battle for Truth — 7 Unmistakable Traits of False Prophets.”