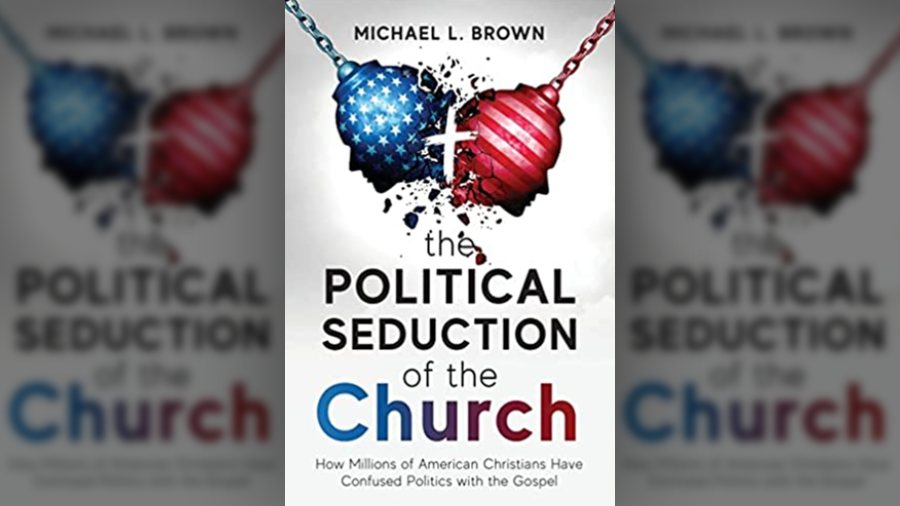 My newest book, The Political Seduction of the Church: How Millions of American Christians Have Confused Politics with the Gospel, has just been released. But what, exactly, do I mean by “political seduction”?

Am I critiquing those who supported Donald Trump, as if they were seduced into voting for him? Not at all. I voted for him myself, both in 2016 and 2020. And my book is about the church more than it is about President Trump (or any other political leader, for that matter).

Then what do I mean by political seduction?

I’m referring to the unhealthy marriage of politics and the gospel. I’m speaking about the church becoming an appendage to a political party. I’m talking about God’s people getting consumed with election fever. I’m referring to believers putting their hope in a political leader in a way that becomes unhealthy and even idolatrous.

That is what I mean by political seduction.

Unfortunately, seduction is very enticing. It comes in subtly, not overtly, through the side window, not the front door. And it looks so good at the outset, so justifiable, so right. It is only over time that it begins to show its fangs. (For a graphic picture of seduction and its consequences, read Proverbs 7.)

That’s why I have a whole chapter in the book titled, “The Subtlety of Seduction.”

That’s also why I devote two chapters to the false prophecies about Trump’s reelection in 2020, titled, “When the Prophets Prophesied Falsely,” and, “The Genesis of False Prophecy.”

That’s why the last chapter of the book is titled, “How We Failed the Test: Retracing Our Steps and Learning the Big Lessons.”

I am convinced that, as the people of God, we can do better. In fact, we must do better. Otherwise, without our light shining brightly, the nation will collapse.

The Point of Obsession

But, to repeat, seduction is very subtle, and in the heat of the moment, it’s easy to understand why so many of us got so caught up in politics to the point of obsession.

After all, didn’t the fate of the nation hang in the balance? Weren’t our very freedoms at stake? Didn’t the radical left want to bring dangerous, existential changes to our country, changes that would affect us for generations to come?

This is the political seduction of the church, and this is what happened to millions of us in recent years.

Have You Been Politically Seduced?

Here are some telltale signs that we have been politically seduced.

These are all signs that we have been politically seduced, even if only one or two of them apply to us.

With all respect, I suggest that if the shoe fits, we wear it, own it, acknowledge it, learn from it and move forward without feeling condemned.

We need to take our place on the front lines, putting first things first — and that means the gospel before politics.

If we keep our priorities straight, the nation can be shaken.