What Do We Need to Know About Life After Capitalism?

At COSM 2021, a number of thinkers will discuss and debate the pressing questions. 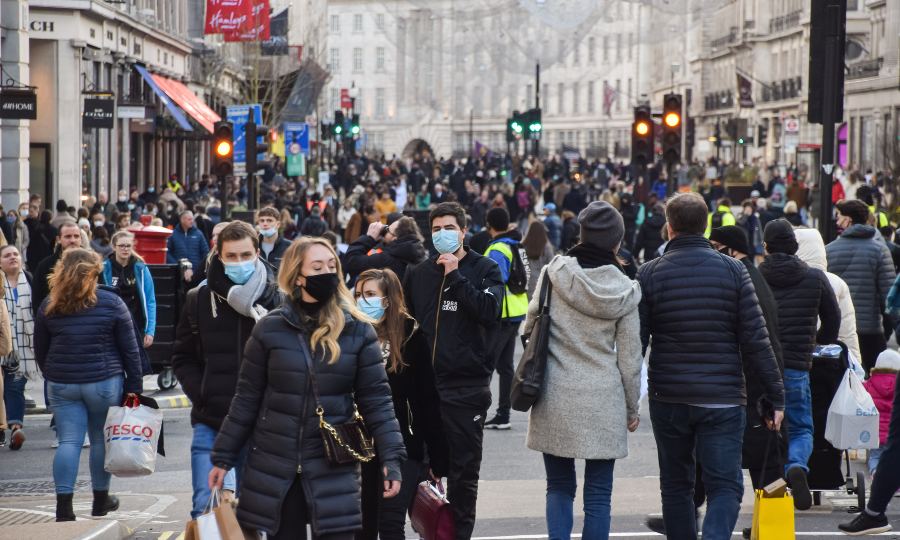 Recently, George Gilder and Jay Richards enjoyed a wide ranging discussion on the topics and people that will converge in November for the COSM 2021 Technology Summit: From Life After Google to Life After Capitalism. They cover the paradoxes of the future of technology.

Here is a partial transcript of the first ten minutes:

Jay Richards: The theme of COSM 2021 is Life After Capitalism, which is also the name of your forthcoming book. What does that mean exactly? What are you referring to, this idea of life after capitalism?

George Gilder: In the last few months, literally trillions of dollars of new money has been printed. Money has been deprived of its informational content. It’s now merely an expression of government power, rather than a vehicle of knowledge for entrepreneurs creating new technologies and economic progress.

And so, in a way, we’ve entered a kind of twilight zone where the marketplace no longer guides the evolution of economies. And we imagine that the government can specify a few goals such as climate change or electric cars or new power grids or solar energy or elimination of a virus.

All these goals that governments are propounding are based on the fatal conceit that the great Austrian economist, Friedrich Hayek described. The fatal conceit is that we imagined that a small group of people have enough knowledge to run a vast interconnected and increasingly global economy. [00:02:30]

Note: George Gilder talks about his upcoming book, Life After Capitalism, here: “The data collected by economists Gale Pooley and Marian Tupy in their soon-to-be-published book and on their website, are conclusive. For nearly a century and a half, true economic growth measured in time-prices has been rising at close to 4% a year. In face of all the inflation and devaluation of money and runaway debts and subzero interest rates, the growth rate may have even increased. The spearhead has shifted from California to China, India, and even Africa — but time-prices shrink everywhere entrepreneurs are permitted to invent and create.” He sees the main capital in the world as the human mind and the main threat to humanity as efforts to devalue or circumvent it.” His most recent book was Life after Google: The Fall of Big Data and the Rise of the Blockchain Economy.

Richards: You’re picturing this as unlike the 20th century, which was this great battle between the planned economies and, generally, market economies. You see this resurgence of a new kind of economic planning. It’s sort of a loss of functional money, that kind of functional rules that allow a market, the prices to work. It’s a global phenomenon, obviously, right? [00:03:30]

Gilder: It really is a global phenomenon. It became evident in the panicky and ridiculous overreaction by governments all over the world, imitating the Chinese communists for response to COVID-19. It is really incredible. All over the world, we assume that the communists had the right way of dealing with another virus development, [one that is] radically less destructive and lethal than the Spanish flu. Drastically less lethal than the Asian flu of 1957 and 1958, which people don’t even remember. It increased deaths among teenagers by some 34%. I mean, we’re just completely disproportionate. And self-defeating in our response to COVID.

Richards: Maybe a lot of listeners may not even realize that early on, the People’s Republic of China implemented draconian lockdowns, and Neil Ferguson — not the historian Niall Ferguson, who is going to be at the COSM conference — but the Neil Ferguson at the Imperial College London who developed that infamous predictive model that we know now, was absolutely bogus.

He had said, well, it would be nice if we could do what China did. But of course free countries won’t stand for that. But it turns out we did. We more or less complied and that’s, in some ways, what’s so terrifying. Is that we’re very quickly becoming accustom to massive levels of planning by governments who have nothing like the competence that would be needed to actually be able to do this. But of course you can easily get me rambling on the COVID lockdowns, something I am also passionate about. [00:06:00]

Note: Neil Ferguson has since resigned from the Imperial College in a scandal involving breach of lockdown rules. Jay Richards is one of the authors of The Price of Panic: How the Tyranny of Experts Turned a Pandemic into a Catastrophe (October 2020), a book pleading for common sense in the handling of COVID-19.

Richards: Let’s focus on the COSM conference a bit. Because, a lot of really interesting people, including Niall Ferguson, who is really, I think, the leading finance historian, certainly in the English speaking world, will be speaking. But people don’t necessarily agree on things. That’s what’s great about these COSM conferences, is that you bring in people that you think are important contributors to the current dialogue, but that don’t necessarily agree on things. [00:07:00]

Gilder: Absolutely. I’ll be debating Niall Ferguson on his doom theory. One of the themes his book is that somehow modern globalization and air travel and trade and immigration and exogamy, make us more vulnerable to pandemics. And the really dramatic fact of history of the last 100 years or so, is the rise of human populations from 600 million to almost eight billion. As a result of globalization, not as a result of isolating ourselves and locking us down, and closed businesses and stopping tourism and trade. [00:08:00]

Richards: Well, he knows many of these things, of course. I’ve read the book and I was with him a few weeks ago, and he knows that compared to other historic pandemics, this one is not all that significant. But I think this is a super important argument and discussion to be having. So, that’s Niall Ferguson and Peter Thiel, the great PayPal co-founder and of course, founder of Palantir, the venture capitalist and entrepreneur. As an intellectual entrepreneur, he is a practitioner but also thinks about these things.

What are you hoping Peter Thiel is going to talk about at the COSM conference? [00:09:00]

Gilder: Zero to One, I think, is the best business book ever written. I seriously believe that. And Thiel is one of the wisest observers in business. And as well as spearheading a new technology in the world. And he will set the tone for the COSM. [00:09:30]

Richards: Yes. Well, the great thing about Thiel, is true of you as well, George. We can predict what we think he’s going to say but he’s always thinking new thoughts. And so I would not be a bit surprised if he comes up with something that we hadn’t even anticipated. I’m really looking forward to it.

Next: Where is life after Google taking us now?

Note: The Early Adopter rate for COSM 2021 is available until September 15.