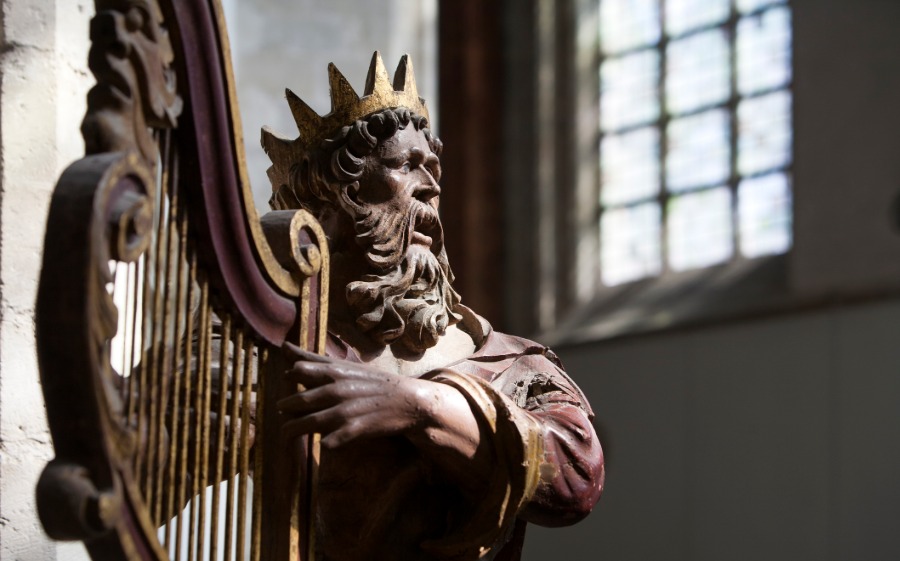 Living a life of purpose and significance begins with understanding the foundational principles of biblical stewardship. Unfortunately, many Christians have been taught a narrow definition of stewardship that only involves tithing and managing personal finances. This limited view of stewardship has led many to believe that everything outside of those arenas belongs to them and can be used however they want — especially their work.

When we realize that all we have belongs to God, it will help us make more God-pleasing decisions in our everyday lives. We see a great example of what this looks like in a powerful Old Testament story about a young shepherd boy named David who grew up to become the great King of Israel.

His ascension to the throne was not without difficulties. Shortly after he was anointed by the prophet Samuel, David fell out of favor with the establishment and had to flee for his life. He hid out in the wilderness outside of Jerusalem with a group of his loyal followers. The Bible calls this group “David’s mighty warriors.”

David Jones, in his book David’s Mighty Men, describes David’s entourage as a magnificent, special elite force of fearless warriors. They were extraordinarily strong, courageous, unflinchingly brave, and completely committed to David. They were thirty-seven of the most fierce and dedicated warriors that ever lived. Jones writes,

They were a combination of combat commandos, stealth rangers, navy seals, green beret, special ops and Delta forces who had acquired the skills of battle demanded to survive and conquer in hand-to-hand warfare. They engaged in clandestine operations and were often outnumbered by staggering odds pitted against them, yet they stood their ground. Time after time on fields of battle they were the last men standing.

One story in 2 Samuel recounts a time when David’s mighty men overheard King David say, “Oh that someone would give me water to drink from the well of Bethlehem which is by the gate!” (2 Sam. 23:15). At this point in time, Israel’s hated enemies, the Philistines, had taken control of the city of Bethlehem, and it was heavily guarded.

Three of these men, on their own, went down and fought their way through the lines of the Philistines. They made their way to the well in Bethlehem, where they drew water to take back to the young King. They eluded the pursuing Philistines, returned to their hideout, and presented the water to David.

To their surprise, David would not drink the water they had risked their lives to retrieve. He poured it on the ground instead (2 Sam. 23:16).

David was not rejecting the sacrifice of the men who had gotten water for him. Rather, he was pronouncing their sacrifice too holy for him to selfishly consume.

What an inspiring picture of the way Christians are called to live their lives. The Apostle Paul tells us in 2 Corinthians 5:15 that because Christ died for us, “those who live might no longer live for themselves but for him who for their sake died and was raised.”

Stewardship is not one more thing we have to do, but a way of seeing everything we already do in a very different light.

This Old Testament story vibrantly illustrates the fact that we should not selfishly live our lives for ourselves. David poured the water out on the ground as a sacrifice to the Lord. Likewise, we are to take the priceless gifts that God has given us and pour them out as a sacrifice in service to him and to our fellow man. This is what the Bible calls stewardship.

Stewardship is one of the most important and practical themes laid out in the Bible. It’s a concept that touches every area of our lives. The Disciple’s Study Bible defines stewardship as, “a way of living that involves one’s daily activities, values and goals for life, and the use of all possessions. It begins with God and His plans for creation and purposes for humankind. The steward is God’s responsible representative and manager of all creation.”

This type of stewardship requires a fundamental commitment to present ourselves completely to God as his servants, with no reservations.

Stewardship is not one more thing we have to do, but a way of seeing everything we already do in a very different light. In return, this “whole-life stewardship” will add the peace, fulfillment, significance and purpose to our lives that we all so desperately seek.

Hugh Whelchel is Executive Director of the Institute for Faith, Work & Economics and author of How Then Should We Work? Rediscovering the Biblical Doctrine of Work. This article is republished with permission from the Institute for Faith, Work & Economics (www.tifwe.org). IFWE is a Christian research organization committed to advancing biblical and economic principles that help individuals find fulfillment in their work and contribute to a free and flourishing society. Visit https://tifwe.org/subscribe to subscribe to the free IFWE Daily Blog.

Why Thanksgiving is a Cultural ‘Ebenezer’ to Be Grateful For