What Can We Do to Stop Mass School Shootings? 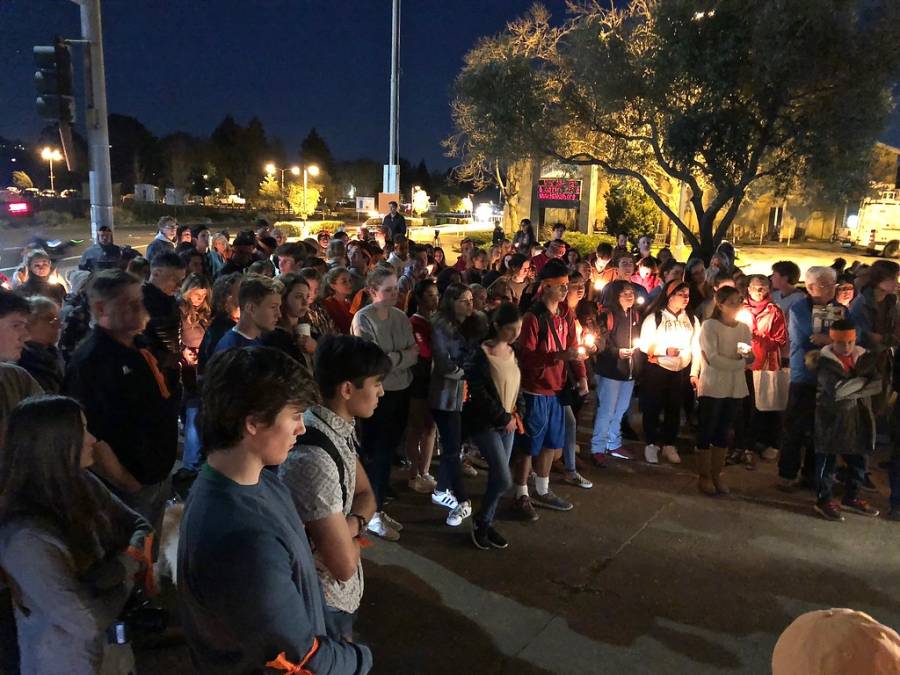 A candlelight vigil after the Parkland High School mass shooting.

Some of the suggested tactics include training and arming teachers, ensuring people with mental health issues can’t get guns and empowering parents to fight for their childrens’ safety at school.

Many shooters who carried out such attacks had prior mental health issues that never made it on their records, Andrew Pollack, whose daughter Meadow Pollack was killed in the 2018 Parkland, Florida high school shooting, told TheDCNF.

“That is the major problem with this country. The same thing happened with my daughter’s murderer. He threatened to shoot the school up, rape people, was killing animals in his backyard and the mental health workers never put anything on his background that would affect him from being able to purchase a firearm,” said Pollack, who has now turned his grief into advocacy, helping schools implement safety measures to protect themselves.

“So if that would happen, when they would go to purchase a rifle, it would show up and they wouldn’t be able to purchase. So that is the biggest problem, the system that identifies the shooters prior to them committing the shooting and don’t put it on their background,” he added.

“At Santa Fe, the chief of the ISD police department, he got all the resources that he wanted after the shooting. He got to double the size of his department because all the funding came in but it’s not just as great in … that threw a bunch of money at the problem, which is very helpful, but it takes months to hire, to search, hire and train those individuals to be in those in those schools. So it’s not an immediate fix,” Schirard said.

“I think we have to start with the premise that there have been mass murders events throughout history, there’s always going to be an attempt by someone to do something like this,” former Republican Texas state Rep. Rick Green, who trains people in self defense through his company Patriot Academy, told TheDCNF. “And that the worst thing we can do is create gun free zones and easy targets or have laws that make it harder and harder for people to be ready to defend themselves when this type of thing happens.”

The Trump administration’s school safety commission set forth a plan that recommended adopting many tools that might have thwarted recent threats, which could’ve been used in Uvalde, where the shooter was able to easily enter the classrooms and shoot 19 children and two teachers dead, according to Pollack.

“If they would just read it, these kids would be alive today,” Pollack said. “It recommends a single point of entry, it recommends training teachers that want to volunteer and put them through an intense program to be armed at the school, having police officers at the school and keeping all the doors locked.”

But it all comes down to how quickly a response can be made when using those resources, according to Green.

“It’s all about proximity. The police were three minutes behind the killer in Tulsa, going into that hospital just three minutes behind, and it was too late. He still killed four people and then killed himself. Parkland was only a 10 minute situation, but in 10 minutes, look at the loss of life. Buffalo was five minutes,” Green said.

Parents Need to Be Heard

Parents should be making their voices heard and demanding more security for their children on top of their ongoing fights about curriculums, Pollack said.

“It’s everyone’s responsibility, it’s everyone from the individual, from the school board to superintendents, the principals to the parents to ensure that this is getting done,” Schirard said.

Content created by The Daily Caller News Foundatn is available without charge to any eligible news publisher that can provide a large audience. For licensing opportunities of our original content, please contact [email protected]