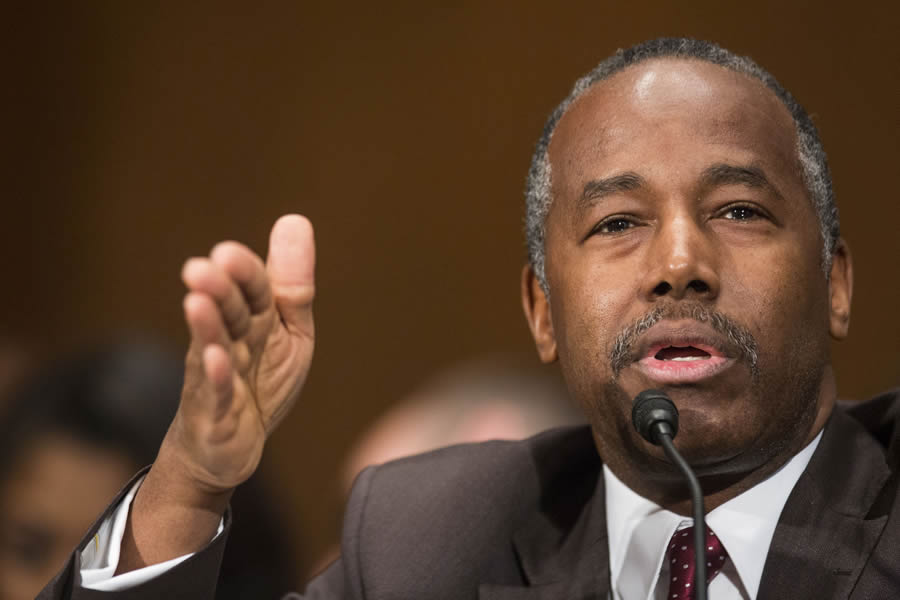 Housing and Urban Development Secretary Ben Carson says he can work on key urban issues with some Democrats in the new House majority that takes over in January.

“There are many other Democrats that will work with us,” Carson told The Daily Signal. “This is not a Democratic or Republican issue. This is about empowering people. I hope we can get over the political partisanship and work on solutions that help everyone.”

However, most housing-related legislation will have to go through the House Financial Services Committee.

Rep. Maxine Waters, D-Calif., who has called for impeaching President Donald Trump and harassing political opponents, will become chairman of the committee as a result of Democrats’ capturing the House majority in the November elections.

Although Carson said he anticipates help from many Democrats, he said it’s “hard to say” whether Waters is willing to find common ground.

Trump named Carson as chairman of the White House Opportunity and Revitalization Council, which will oversee policies related to “opportunity zones,” in which targeted tax breaks incentivize investment in poor areas.

Trump, in signing an executive order Wednesday creating the revitalization council, also talked about a criminal justice reform bill that he has urged Congress to pass.

Carson grew up in poverty in urban Detroit, became a world renowned brain surgeon, and ran for the Republican presidential nomination in 2016.

Carson noted that black Americans “cash out” of their retirement savings plans at fairly high rates.

The Trump administration implemented an “autoportability” plan through the Labor Department to reduce the number of Americans who cash out of their savings. The proposed new rule, opened for public comment in November, makes it easier to move retirement savings accounts to different jobs.

“African-Americans, like any other Americans, look at results,” Carson said in an interview with The Daily Signal after the president signed the executive order. “It is not lost on them that they are experiencing the lowest unemployment in history.”

Deregulation on the federal, state, and local level could improve affordable housing across the country, he said.

Among the more extreme examples is California, which has mandated that every newly built residence have solar panels, beginning in 2020. Other regulations across the country drive up housing costs, Carson said.

He said he would like to tie federal grants to local communities with their removal of regulatory barriers to economic growth.

“A key part of revitalizing economically depressed areas is building the kind of housing people can afford,” Carson said. “We will definitely look at federal regulations. We can’t tell localities what regulations to have, but we can provide incentives.”

Fred Lucas is the White House correspondent for The Daily Signal and co-host of “The Right Side of History” podcast. Send an email to Fred.