The congresswoman’s personal rise from adversity to great success is commendable, but her stance on poverty, while holding a grain of truth, is deeply flawed. 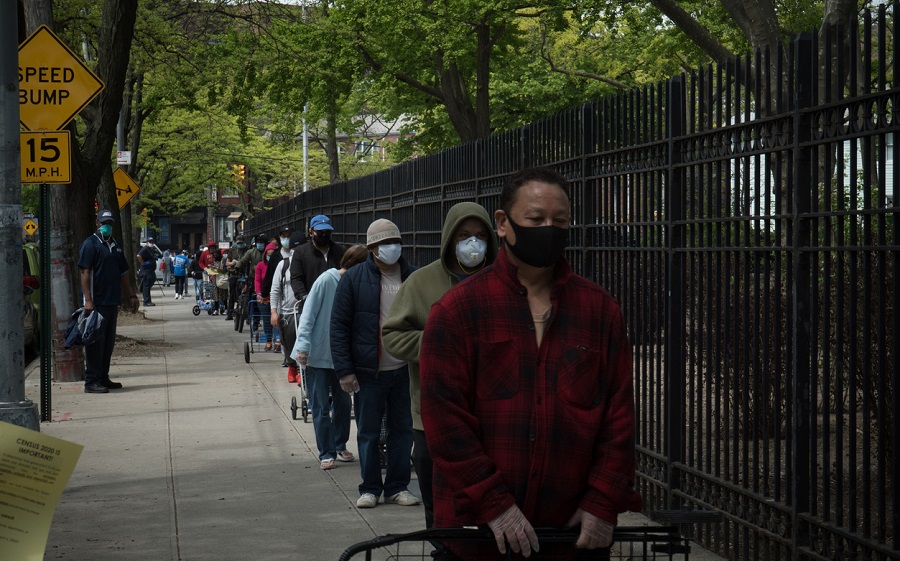 Elected in 2018, Congresswoman Ayanna Pressley has made a name for herself as one of Congress’s most progressive voices, alongside her “Squad” colleagues Alexandria Ocasio-Cortez and Ilhan Omar. Pressley’s most recent viral moment came when rapper Common quoted her as saying, “Poverty is not naturally occurring; it is a policy choice.”

The progressive congresswoman’s policy platform reflects this view. From a wealth tax, to a $15 minimum wage, to student debt “cancellation,” Pressley seemingly believes that government policy can eliminate poverty. It’s a natural extension of this logic, then, to argue that the lack of such action is the reason poverty persists.

“Poverty is not naturally occurring; it is a policy choice.” Rep. Ayanna Pressley. pic.twitter.com/qwp3oMgw6R

Pressley’s view may be influenced by her personal experience with poverty and adversity. According to MassLive, the Massachusetts representative grew up in a rough Chicago neighborhood. Her father was incarcerated and her single mom worked as a social worker. “She and her mother struggled — through eviction notices, child care issues, and Pressley’s experience with childhood sexual abuse,” MassLive reports.

The congresswoman’s personal rise from adversity to great success is inspiring and commendable. But her stance on poverty, while holding a grain of truth, is deeply flawed.

First, we must dispense with her faulty premise: that poverty is “not naturally occurring.” Nothing could be further from the truth.

To claim that poverty is not naturally occurring is to imply that abundance is. Such a claim betrays a view of nature as a “Garden of Eden,” where there is no want, because any and all desired resources exist in what economists call “superabundance.” Food, medicine, knowledge about microorganisms, fast transportation, and other goods we consider to be indicative of a wealthy society must “grow on trees.”

This, however, is not the true state of humanity in nature. Rather, the history of early humans is characterized by lives which are “poor, nasty, brutish, and short,” as the philosopher Thomas Hobbes put it.

So, what causes poverty? For that we turn to economist Per Byland who tweeted, “What causes #poverty? Nothing. It’s the original state, the default and starting point. The real question is, What causes #prosperity?”

Poverty is naturally occurring because humanity faces scarcity. Scarcity describes the natural reality that our wants and needs as humans exceed available resources. Scarcity of resources is inherent to life itself — there will always be scarcity because wants are unlimited while resources are not. You don’t have to look any further than early humanity to see this. Early humans led lives which were characterized by physical sickness, exposure, starvation, and thirst.

However, scarcity can be lessened, and, when it is, poverty is lessened with it.

Poverty ALLEVIATION is Not Naturally Occurring

The first way is through production.

Production is the process by which humans combine natural factors to create a valuable tool which is not found in nature. The fruits of human production exist all around us. Farming tools, paved roads, writing instruments, and modern medicine are all the fruits of production. Production of tools creates value, and, in doing so, alleviates poverty.

The second way is through exchange. By engaging in exchange for say, shoes, humans make it worthwhile for others to specialize in shoe production.

This specialization can lead to one person exchanging shoes for something they want more, like food. This fundamentally unnatural arrangement creates an opportunity for mutual benefit rarely found in nature.

In biological competition, one person’s gain is another’s loss. Interactions are zero-sum. For example, the caveman could obtain food from his neighbor by beating him over the head with a club and running away with it.

In stark contrast, market exchange is voluntary, and, because exchange only occurs when both parties agree to it, it is mutually beneficial. The shoemaker and customer both benefit from the sale of a new pair of shoes. (Or they wouldn’t both agree to it). As more people trade, poverty is reduced by mutual gain. The opportunity for this kind of exchange is not naturally occurring—it’s created by free markets.

In recent history, production and trade have led to truly spectacular leaps in poverty alleviation.

In 1820, over 90 percent of the globe lived in “extreme poverty,” defined as living on less than (inflation-adjusted) $2 a day. By 2017, only 9.2 percent did. The below graph from HumanProgress shows the tremendous decline in the percentage of the global population living in extreme poverty over the last several centuries.

This shift from thousands of years of stagnation to rapid progress is chiefly due to the rise and global spread of trade and specialized production: in other words, free-market capitalism. Before capitalism, sustained growth in income was virtually non-existent. Consider this graph from HumanProgress showing (inflation-adjusted) income per person up until the year 2000.

How do we know this progress is attributable to free markets? Economist Jim Gwartney created an index that measures different policies in different countries and compared them to the countries’ respective economic outcomes.

Big Government is the Obstacle, Not the Solution, to Eliminating Poverty

So, is poverty a policy choice? Yes and no.

Policy does not create poverty. Scarcity is naturally occurring. But policy can drive wealthy nations back into poverty and hold nations still in the natural state of poverty back from development.

This brings us to the fundamental problem with Congresswoman Pressley’s perspective. In almost every way — from higher taxes to price controls to more regulation to nationalization of private healthcare — her agenda involves stepping further away from free markets and further down the path of government control.

Take Pressley’s support for a $15 federal minimum wage. Employment is a type of exchange: of money for labor. Outlawing employment agreements below some arbitrarily-determined figure dreamt up by progressive politicians means outlawing millions of opportunities for the kind of mutually beneficial exchange that eliminates poverty. Even if well-intentioned, high minimum wage laws inevitably backfire to cause unemployment, raise consumer prices, bankrupt small businesses, and more.

Likewise, Pressley’s support for a “wealth tax” discourages the other means of poverty reduction — production. An entrepreneur who produces new and advanced goods will only do so if the gain from investing his wealth is perceived to outweigh the cost of time and resources associated with production. Policies like the wealth tax encourage the wealthy to consume their wealth so it isn’t taken, rather than grow it by producing things other individuals find worth purchasing.

These are just two examples among many from Pressley’s sweeping big government policy agenda. Essentially, she would lead America away from the proven path to prosperity and take us down the path of command-and-control, socialist economics that has wrought destruction everywhere it has been tried, from the USSR to Venezuela.

So, the congresswoman isn’t wrong that policy plays a role in poverty. The problem is that Pressley has the relationship backwards — and her solutions would entrench the very destitution she seeks to abolish.