What the congresswoman reviles about capitalism is actually its greatest virtue. 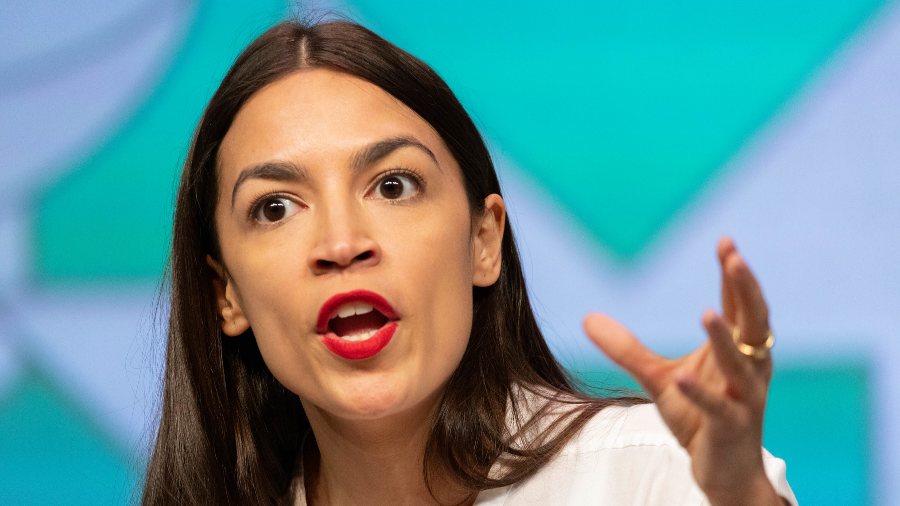 Rep. Alexandria Ocasio-Cortez has a bachelor’s degree in economics from Boston University. But despite the progressive congresswoman’s educational background, she just once again revealed that she doesn’t have a very good understanding of capitalism.

Reuters reported that the congresswoman is investing $1.4 million in her online merchandising store. She sells clothing and apparel featuring such slogans as “Tax the Rich” and “Fight for Our Future.” The “Tax the Rich” sweater is priced at $58, as of this writing, a price likely inaccessible for many working-class Americans.

Anyway, Ocasio-Cortez’s investment in her merchandising operation attracted criticism. Former Trump official Sean Spicer tweeted at the progressive congresswoman with a tongue-in-cheek remark that she was “using capitalism to push socialism.” This rebuke didn’t go over well with Ocasio-Cortez, who replied “Not sure if you know this Sean, but transactions aren’t capitalism.”

“Capitalism is a system that prioritizes profit at any & all human/enviro cost,” she continued. “But… our shop is unionized, doesn’t operate for profit, & funds projects like free tutoring, food programs, & local organizing.”

Voluntary transactions — like choosing to part with $58 in exchange for a sweatshirt — are the very foundation of free-market capitalism.

Ocasio-Cortez isn’t wrong that some transactions could still happen in a socialist society. But voluntary transactions — like choosing to part with $58 in exchange for a sweatshirt — are the very foundation of free-market capitalism. Market exchanges create value, because voluntary transactions only occur when both parties are better off as a result. (Otherwise, they wouldn’t agree to them).

Meanwhile, much of what Ocasio-Cortez promotes under the banner of “democratic socialism” is essentially the prohibition of voluntary transactions.

Consider the congresswoman’s fight for a $15 federal minimum wage, for example. This policy prohibits you from voluntarily offering your services in exchange for anything less than $15/hour, even though you would only ever agree to such an arrangement if you judged it to be a beneficial deal. And if you cannot yet provide employers services that will yield them $15/hour or more of revenue, her policy prohibits you from making just about any work-for-hire arrangement at all.

Similarly, Ocasio-Cortez wants to make it illegal to purchase private health insurance and restrict transactions in too many other ways to count. In fact, the center of Ocasio-Cortez’s socialism is denying individuals the right to voluntarily trade the means of production. So while socialism may allow some exchanges, all the goods and services produced in the system rely on a denial of voluntary exchange somewhere in the chain of production.

Ocasio-Cortez’s political and commercial endeavors together amount to “transactions for me, but not for thee.” That is the inconsistency Spicer rightly alluded to. And Ocasio-Cortez’s word games around the definition of “capitalism” are nothing but a distraction from that fundamental hypocrisy.

First, this definition of capitalism is completely untenable.

Second, we need to stop debating semantics and start debating economics. If you don't want to use the word capitalism, fine. The point is, she's using relatively free markets to advocate for relatively unfree markets. https://t.co/0CF4WApflg

Cases of socialism they don't like: "not true socialism."

Cases of capitalism they do like: "not true capitalism."

Socialists always lose on economics, so they try to win with wordplay. https://t.co/lJ23tNTTAm

The Profit Motive Drives Trade and Leads to Prosperity

But Ocasio-Cortez’s error here is even more profound.

The subtext of the congresswoman’s viral tweet, and much of her other work, is that the pursuit of profit is a bad thing because it’s greedy and heartless. (And ought to be replaced by the supposedly benevolent judgment of government authorities, like herself.) Ocasio-Cortez herself cites as her main objection to capitalism the fact that it “prioritizes profit.” But, as basic economics teaches us, the profit motive is actually what drives trade and, hence, prosperity.

As Adam Smith famously put it, “It is not from the benevolence of the butcher, the brewer, or the baker that we expect our dinner, but from their regard to their own interest.” What the 18th-century economist meant was simply that capitalism takes the base human tendency toward self-interest and harnesses it to promote collaboration that leads to all parties being better off.

How does a business owner make a profit in a free market? Most often by winning more customers through offering a better product or lower prices. Rather than this being a bad thing, it’s why free-market capitalism has resulted in enormous reductions in global poverty since its inception.

The other glaring flaw in the worldview Ocasio-Cortez is expressing is that it presumes only profit-seeking capitalism is driven by self-interest or greed. The congresswoman would have us believe that government officials or socialist economic planners only operate in the public interest, with no regard for their self-interest. This is naïve to the point of absurdity. This assumption that politicians are angels and businessmen are mere humans (if not devils) is utterly groundless. As public choice economics teaches us, government officials are as human as the rest of us, and they too act in a self-interested manner.

So, what Ocasio-Cortez reviles about capitalism is actually its greatest virtue. Free markets take the self-interested nature found in all people and put it toward productive purposes that advance the interests of consumers. In fact, that’s what the congresswoman herself is doing when she sells a $58 sweatshirt to a happy customer — even if she’s unable to recognize her own productive self-interest for what it is.