What a Refugee Toddler Can Teach Us about Bearing Witness

“Not to speak is to speak. Not to act is to act.” — Dietrich Bonhoeffer

You probably saw the tweets and Facebook posts, even if you didn’t see “the picture.” At the end of August we reacted with shock and horror to the photo of a dead toddler who washed up on a beach in Turkey. Three-year-old Aylan Kurdi and his 4-year-old brother Galip drowned while attempting to reach Europe, along with their mother, Rehen. “I don’t want anything else from this world,” mourned Abdullah Kurdi. “Everything I was dreaming of is gone. I want to bury my children and sit beside them until I die.”

Photos of the boy’s dead body, lying on his stomach on the beach, flashed across the internet. Liz Sly, a journalist who snapped a photo showing part of Aylan’s face and tweeted it, defended her decision in the Washington Post:

He looks as though he is asleep — perhaps taking a nap before running off to play with his friends. But he’s not asleep. He’s dead. He died because of a war the world can’t or won’t solve and immigration policies that say: We don’t care.

A fierce debate had erupted over whether the act of tweeting a picture of Aylan’s body honors his plight, and the thousands still fleeing violence, or whether it strips him of his dignity. Sly continued:

This response puzzled me. What, exactly, in this context, is “dignity”? How many photos of dead Syrian children show up on social media every day? Don’t people know what has been happening in Syria?

And then it occurred to me — perhaps they don’t.

My colleagues and I have been writing about Syria’s war for four years, about the desperation of the refugees who fled the country and the 250,000 people, including children, who have died over the course of the conflict. …

If it takes photographs of dead children to make people realize children are dying, so be it. 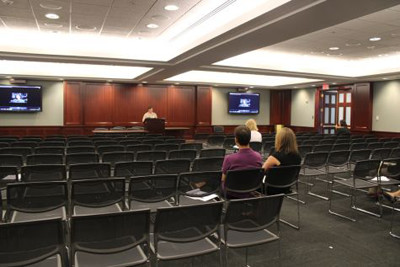 Some 2,000 members of Democrat staff were invited to a screening of the nine undercover videos focused on Planned Parenthood selling body parts of aborted babies but only a handful showed up for the event at the Capitol on Sept. 3, 2015.

That same week, Democrat staffers on Capitol Hill staff walked out of (or simply didn’t attend) a screening of the undercover Planned Parenthood videos. Maybe they were squeamish — the videos are pretty gut-wrenching.

I get that. In July I attended a national conference of grassroots pro-family leaders as some of the first undercover videos from Planned Parenthood were released. We paused our meetings to watch the videos as they came out. These are seasoned veterans in the fight to protect life, but some people gasped in horror. It was tempting to avert my gaze.

But I watched, and I cried. I wept for the millions of lives lost. I cried for the mothers and fathers who, whether they wanted an abortion or not, now carry a hidden wound that time will not heal. I grieved for the abortionists and clinicians and “tissue procurement specialists” who could joke and strategize about the optimal way to harvest intact organs from unborn babies. And I was broken for the seared conscience of a nation that averts its eyes while this horror is carried out in our cities and neighborhoods, with our tacit blessing or uncomfortable silence.

What can we do for the Kurdi family, and for other refugees so desperate to escape violence? We can watch, and learn, and pray; we can bear witness. Some of us will be called to take direct action, whether by giving or travelling to far-off places, to offer a cup of water to the least of these in the name of our Heavenly Father. A few of us may be called upon to give our lives to that cause. Some already have.

What can we do for the victims of abortion, both the dead and the living?

We can watch, and we can pray, but we must bear witness. These are our mothers and sisters and daughters who are being lied to and told that their best option is to exterminate life. We must tell them, in our pulpits and in our homes, that we will love them and support them and help them through one of the most difficult choices they can make.

We are surrounded by brothers and sisters in Christ that carry a secret anguish over past abortion of which they dare not speak; we must show them that there is forgiveness and healing and freedom available to any participant in abortion. These are our children, here, in America, who are dying at a rate of 2,900 per day, as we go about our daily lives. Death is annihilating some of our weakest neighbors behind the paper-thin, sanitized language of “choice” and “privacy” and “reproductive health.” We must lift that veil.

We can intervene. Many people feel trapped by an unplanned pregnancy, and think they have nowhere else to turn, no other option, than to get an abortion. We can volunteer at one of the thousands of pregnancy care centers, offering hope and help and options that will not leave a life-long wound. We can offer love and real alternatives, not just platitudes.

But one thing we must not do is continue to underwrite abortionists with our tax dollars. Our elected officials support the largest purveyor of these lies, Planned Parenthood, to the tune of over half a billion dollars a year. We must demand that they end any financial support for abortion providers and instead send the money to comprehensive health clinics.

We know what’s happening. Will we bear witness?

Quena González works in the government affairs office of the Family Research Council.

The photo of the nearly empty room is used with permission of the photographer, Penny Starr.