How much did the FBI know about the Seth Rich murder? 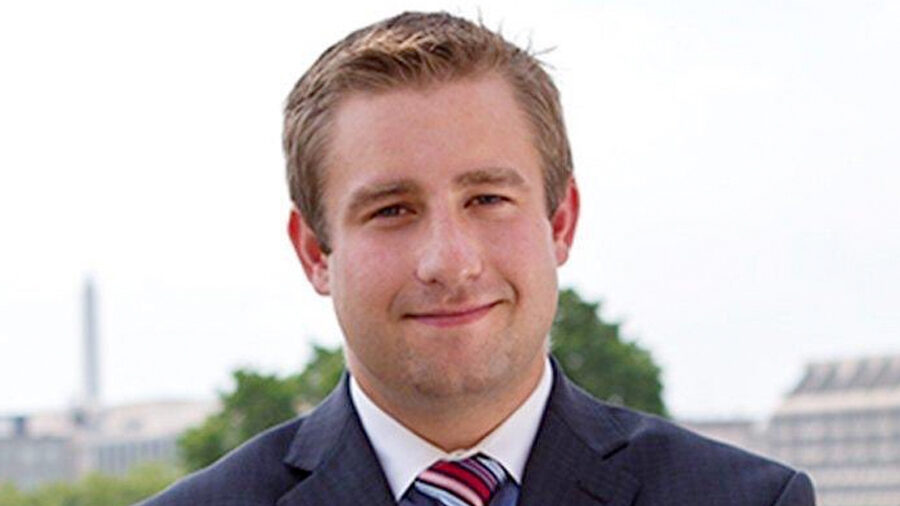 Now that we’re back from vacation — well, semi-vacation — it’s time to talk about some things that, well, we are not supposed to. Here are some updates guaranteed to be 100 percent free from conspiracy theory and misinformation. First, the 2020 election.

Vindication for Trump in Georgia

On Saturday, Margot Cleveland had a piece in The Federalist about new evidence showing that 10,300 illegal votes were cast in the Georgia presidential election, “a number that will continue to rise in the next several months” to potentially exceed the 12,670 votes that stood between Biden and Trump. No, this does not change the fact that Biden is President or mean that Trump would have won nationwide, but it does vindicate Trump and his legal team for their observations about the Georgia election results.

Here are some updates guaranteed to be 100 percent free from conspiracy theory and misinformation.

The issue of potential fraud is shared by other states that allowed absentee ballots to be sent hither and yon — especially yon — while disregarding legislative mandates put in place to discourage cheating. In a clearly red or blue state, this might not have been a problem, but in a battleground state such as Georgia, it amplified doubt about the outcome. The final count in the Peach State remains fuzzy.

A Fuzzy Vote Count in the Peach State

In fact, without even getting into voting machine controversies and and tabulation shut-downs, there’s evidence that as many as 35,000 Georgians might have voted illegally. The data show 35,000 people moved from one Georgia county to another at least 30 days before Election Day but still voted in their original county of residence. Of course, some of those moves would have been temporary, as for college students, and those votes would not have been illegal. But 10,300 of them did register to vote in their new county and provided their new addresses, which implies a permanent change of residence.

If even one-third of those 35,000 votes were cast illegally, it might have changed the outcome. According to Atlanta election lawyer Jake Evans, under Georgia law “an election should be overturned if 1) more votes than decided the election were illegal, wrongfully rejected or irregular; or 2) when there were systemic irregularities that cast in doubt the results of the election.”

President Trump, in Dallas on Sunday to speak at CPAC, appeared on Sunday Morning Futures with Maria Bartiromo and noted that 35,000 votes is “far more than we need to win that state.” Besides that, he went on to remind us that this was just one example of the various problems in Georgia. I could mention them here, but they’ve been discussed at length and you know what they are.

Let’s Not Talk About Election Outcomes

Trump also said that over the next two or three weeks, there will be announcements out of Arizona. “We’re gonna see; it’s a very big deal,” he said. He mentioned issues in Pennsylvania and New Hampshire as well.

It should come as no surprise that the President used the word “rigged.” We are simply quoting him, not saying ourselves that the outcome was changed in any way. Oh, my goodness no.

Since we’re not supposed to be talking about election outcomes, I’ll leave it at just one question right now: If the roles were reversed, and Trump had won Georgia with a margin this small and questions this big, would the Democrats have sat quietly and just let it go? You bet your sweet bippy they wouldn’t.

And Let’s Not Talk About Seth Rich

So let’s move on, to something else we’re not supposed to talk about — and, again, there will be no conspiracy theory or misinformation here. Did you know that for years, the FBI had thousands of documents related to the investigation of the homicide of Seth Rich, even though they denied having anything? Not surprisingly, this is true, as they have quietly posted them on their “vault.”

Seth Rich was the 27-year-old staffer for the Democratic National Committee who was killed on July 10, 2016, in what has been described as a robbery gone bad on a Washington, DC, street. With information gleaned from trusted sources, we’ve discussed the facts of this case before, but it’s gratifying to finally see some of the information for ourselves. On the other hand, many of these pages are almost totally redacted.

For example, page 59 of the post has an email that’s completely redacted except for the line, “It is conceivable that an individual or group would want to pay for his death.”

That’s the line they didn’t redact? Sure makes you wonder what was in the rest of it.

Some of these emails are to or from “RSMSC,” who almost certainly is “Robert S. (Swan) Mueller, Special Counsel.” “AAW” is Andrew A. Weissmann. One heavily redacted email has the subject line, “FW: we think muller arranged the hit on Seth Rich.” Yet another subject line says, “Crooked Mueller has name of hit man.”

Attorney Ty Clevenger has been trying literally for years to get all of this information. The FBI released it without notifying him.

Now, before anybody gets the idea that we’ve gone conspiracy-mad, let me just say that regardless of who is behind Seth Rich’s death, this new material raises big questions:

1. Why did the FBI say for years that they had nothing on this case when they had plenty?

2. Why the years of secrecy if this was just a random robbery gone wrong?

3. And why all the redactions now? Is this a matter of national security? Why?

4. Does the FBI know who leaked the DNC emails?

5. Does the FBI know more about Rich’s death than they’ve said?

What We Do Know: The FBI Lied, Again

Julian Assange, currently being held in a London prison possibly awaiting extradition to the United States, has not confirmed the identity of his source for the leaked DNC emails he published on WikiLeaks, though he did offer a $20,000 reward for information regarding Rich’s death. (He did specify that his source was not with any government, including Russia.) Emails among agents and staff at the FBI Washington Field Office, including Peter Strzok and Lisa Page, reveal interest in Assange’s comments and the anticipated press coverage.

It’s possible that Rich’s death really was a robbery gone wrong. Violent crime happens all the time in Washington, DC, to people just walking down the street, especially after dark. But Rich’s killing appeared so senseless; he was shot twice in the back, and his wallet, keys and phone were still with him. He was still wearing a $2,000 gold necklace and watch. In fact, if this was a professional killing, one has to wonder why more effort wasn’t taken to make it look like a robbery. It doesn’t much look like either one.

We don’t know what happened the night of July 10, 2016. But we do know the FBI has lied, again. And what we need, as soon as Republicans are back in the majority, is for “RSMSC,” “AAW” and possibly a few more of the usual suspects to appear before the House Intelligence Committee in a classified setting and answer pointed questions about this. In the meantime, a word of enlightenment from Julian Assange might be even more helpful.