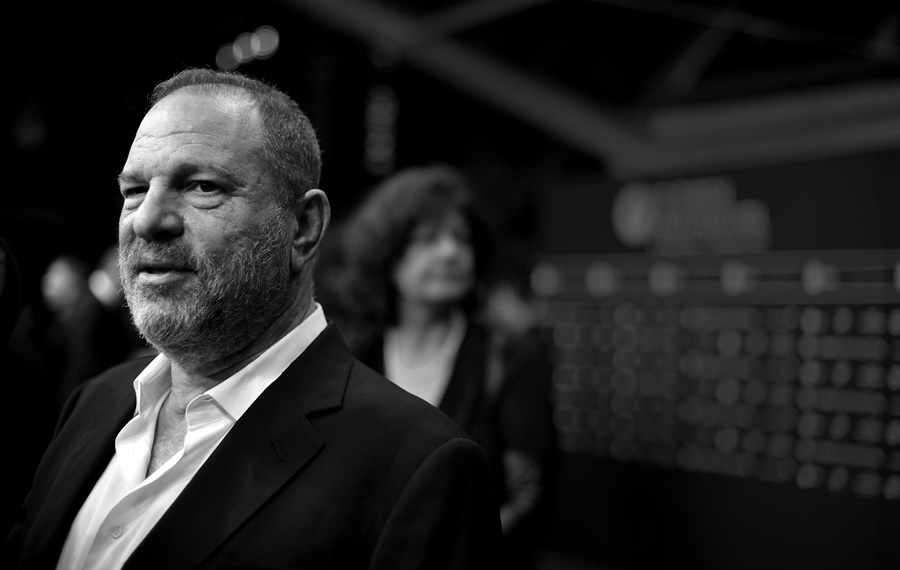 In this Sept. 22, 2016, file photo, Harvey Weinstein attends the 'Lion' premiere and opening ceremony of the 12th Zurich Film Festival at Kino Corso in Zurich, Switzerland.

Five years ago at the Democratic National Convention, I went to a Planned Parenthood rally, where one speaker was TV actress Lisa Edelstein.

“Do not go to the polls alone,” she told us. “Drag somebody, if she’s a woman especially, because those women are going to vote for Obama — if they know what’s good for them.”

Edelstein is hardly the only Hollywood figure to make the case that liberal policies are crucial to women’s happiness and welfare. Yet, with the media still reeling from the revelations about powerful Hollywood producer Harvey Weinstein’s behavior toward women, it’s time to examine both the people promoting that worldview — and the worldview itself.

The Edelstein episode stayed with me because, as an avid fan of House, I was especially devastated to see the actress who had played the tough, smart Dr. Lisa Cuddy promote the nation’s largest abortion provider, Planned Parenthood. That organization is now fighting in Ohio against a law banning abortions done on the basis of gender. In other words, the oh-so-feminist Planned Parenthood is OK with the termination of pregnancy just because the child is a girl.

And that’s just Planned Parenthood. Hillary Clinton and Barack Obama both racked up considerable celebrity endorsements in their presidential races, compared to virtually none for Donald Trump and Mitt Romney. In a speech at the 2016 Democratic National Convention, actress Lena Dunham stressed how Clinton would help women, saying: “Do you want equal pay for equal work? The right to make decisions about your body? Paid family leave?”

So shouldn’t Hollywood be a liberal utopia?

Yet the revelations about Weinstein’s behavior suggest Hollywood is not, in fact, a good place to be a woman.

Writing for The New Yorker, Ronan Farrow — who was raised by Woody Allen, who continues to be tolerated by Hollywood after marrying his stepdaughter and being accused of child molestation by another daughter — spoke to 13 women who accused Weinstein of behavior ranging from sexual harassment to rape. Here are some of their accusations:

And more and more stories have come out about Weinstein, with actresses such as Gwyneth Paltrow and Angelina Jolie speaking out about his treatment of them.

Yet Weinstein is hardly a total outlier in Hollywood. After issuing a statement about Weinstein, actor Ben Affleck was accused of grabbing actress Hilarie Burton’s breast on the MTV show Total Request Live in 2003. He tweeted an apology.

Joss Whedon, the producer and writer behind TV shows including “Buffy the Vampire Slayer” and “Angel” and writer-director of the blockbuster “Avengers” movies, came under fire from his ex-wife Kai Cole, who penned a damning essay about his affairs during their marriage in The Wrap this August. Cole wrote:

Despite understanding, on some level, that what he was doing was wrong, he never conceded the hypocrisy of being out in the world preaching feminist ideals, while at the same time, taking away my right to make choices for my life and my body based on the truth. He deceived me for 15 years, so he could have everything he wanted. I believed, everyone believed, that he was one of the good guys, committed to fighting for women’s rights, committed to our marriage, and to the women he worked with. But I now see how he used his relationship with me as a shield, both during and after our marriage, so no one would question his relationships with other women or scrutinize his writing as anything other than feminist.

Whedon did respond to Cole’s essay with this statement to The Wrap: “While this account includes inaccuracies and misrepresentations which can be harmful to their family, Joss is not commenting, out of concern for his children and out of respect for his ex-wife.”

And let’s not forget Roman Polanski, who remains a Hollywood darling, despite his inability to come back to the United States — because he has refused to serve jail time for drugging and raping a 13-year-old girl in 1977.

Let’s also not forget that Weinstein’s disgusting behavior seemed to be well-known in Hollywood — yet no one, with a thought to future victims, blew the whistle.

Besides facing groping, assault, and rape, Hollywood women have the right to be upset about other matters, too. Despite being a land allegedly crammed with feminists, it’s common for female actresses to receive less pay than their male co-stars. And the number of female directors and producers remains small. I’ll let The New York Times film critic Manohla Dargis take it from here:

Women helped build the industry, but it has long been a male-dominated enterprise that systematically treats women — as a class — as inferior to men. It is an industry with a history of sexually exploiting younger female performers and stamping expiration dates on older ones. It is an industry that consistently denies female directors employment and contemptuously treats the female audience as a niche, a problem, an afterthought.

And let’s also not forget that Weinstein’s disgusting behavior seemed to be well-known in Hollywood — yet no one, with a thought to future victims, blew the whistle. In 2013, actor-filmmaker Seth MacFarlane made a pointed joke at the televised Academy Awards ceremony about Weinstein, telling Best Supporting Actress nominees, “Congratulations, you five ladies no longer have to pretend to be attracted to Harvey Weinstein.” Based on the nervous laughter of the audience, it appears there wasn’t confusion at the allusion — but it would be four more years before the story broke.

How is this supporting women?

It is easy to call Hollywood elites and liberal politicians hypocrites. It is frankly astonishing that Hillary Clinton, who tweeted in 2015 that “Every survivor of sexual assault deserves to be heard, believed, and supported” (a claim that did not seem to extend to her husband’s alleged victims), took five days to denounce Weinstein. As top White House aide Kellyanne Conway tweeted, Clinton isn’t always so slow to react:

It took Hillary abt 5 minutes to blame NRA for madman’s rampage, but 5 days to sorta-kinda blame Harvey Weinstein 4 his sexually assaults.

Likewise, the Obamas took five days to issue a statement.

The common factor may have been the amount of money given to their campaigns, thanks to Weinstein. According to Politico, Weinstein’s efforts resulted in $1.4 million for Clinton’s 2016 campaign and $600,000 for Obama’s 2012 campaign. Not to be cynical, but: I think we have a motive for delay.

Now that Democrats and Hollywooders have realized there’s going to be no comeback for Weinstein, that there’s too many accusations of horrible things, they are quickly changing course. Weinstein has been fired from his company. The Democratic National Committee, which has received $300,000 from Weinstein over the years, is donating $30,000 to charities including EMILY’s List, which seeks to elect pro-abortion female politicians.

Which brings me back to my point: Perhaps Weinstein isn’t a hypocrite, but rather the fulfillment of the real values that undergird Hollywood. Maybe the abortion obsession shared by Democrats and celebrities isn’t about giving women futures, but about giving men the guarantee to have consequence-free sex, even if the condom breaks or the birth control fails.

Sure, it’s often actresses, not actors, supporting Planned Parenthood — but if we’ve learned anything from the Weinstein saga, it’s that actresses often feel compelled or pressured to do certain things in order to have a successful career.

This is the world Hollywood has made for itself — and it’s a really ugly place, particularly if you’re a woman.

Sarah Palin isn’t controlling Hollywood. Nor is George W. Bush, or Donald Trump, or Michele Bachmann, or Mike Pence, or any other conservative figure the left slams. There’s no vast right-wing conspiracy here, no outside forces upsetting the liberal utopia that is Hollywood.

No, this is the world Hollywood has made for itself — and it’s a really ugly place, particularly if you’re a woman. Perhaps, as Whedon is accused of doing by his ex-wife, Hollywood men have just realized it’s easier to get away with bad behavior toward women if you say you embrace feminism.

It’s great that Weinstein is finally facing accountability. But it’s just not him who should; it’s the values of the entire system that kept him safe in a liberal cocoon for so long.

To steal Edelstein’s phrase, if women “know what’s good for them,” they should take a long, hard look at Hollywood’s liberal values — and see if they make a better world for women, or instead make it easier for men to act like out-of-control frat boys.

Sorting Through the Church’s Silence

The Sex-Change Revolution is Based on Ideology, Not Science