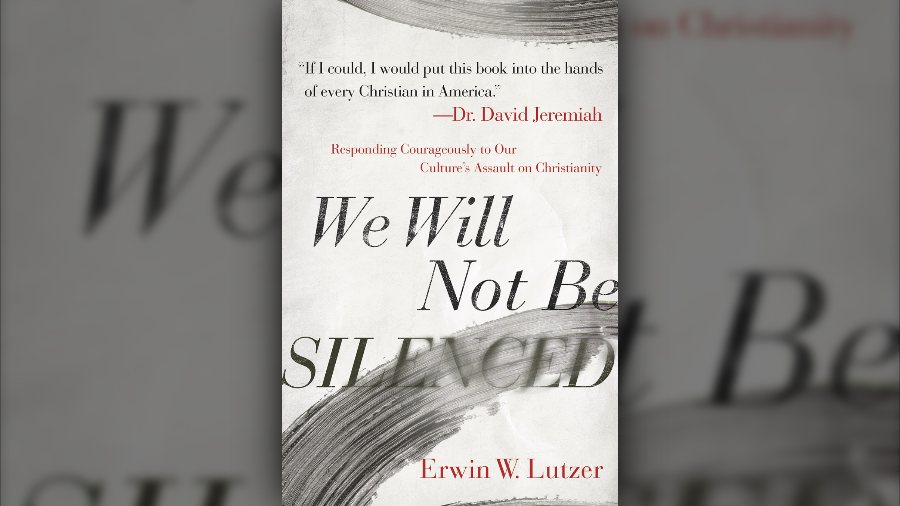 This is not a moment for timid souls.

Boldness comes easily when you are in the presence of those who agree with you; it is difﬁcult when you are standing alone in the midst of people who seek your demise. Boldness behind a pulpit is one thing; boldness in a city council meeting is another. Boldness is seen most clearly when you have burned the bridge that would have enabled you to retreat to safety.

There are two ways culture attempts to intimidate Christians. One is to criminalize what they say or do, and the other is to shame them. Many Christians will not be talked out of their faith, but they will be mocked out of it. Shame will cause many Christians to retreat into silence.

Hate speech legislation will effectively make our witness illegal. For Christians to speak against the culture will be deﬁned as hate, and hate has no place in a civil debate. Canada already has hate speech laws. Christian pastors are forbidden to preach against same-sex marriage on television, and one man, Mark Harding, was sentenced to 340 hours of sensitivity training by an imam for speaking out against Islam.

Free Speech is a Special Gift

Obviously, free speech laws in Western nations have supported Christians in spreading the gospel throughout the world. Free speech is a special gift that is underappreciated by all of us. But historically, for most of 2,000 years, the church has had to survive without freedom of speech. Opposition to free speech began early in the history of the church. Shortly after the church was birthed, to preach in the name of Jesus was considered forbidden speech; it was hate speech that carried the penalty of imprisonment and sometimes even death.

Free speech is a special gift
that is underappreciated by all of us.

Take time to reread Acts 4. Peter and John performed a miracle in the name of Jesus. But the authorities were not pleased. For this the two were arrested. When asked to defend themselves, Peter boldly proclaimed that the miracle was performed in the name of “Jesus Christ of Nazareth, whom you cruciﬁed … for there is no other name under heaven given among men by which we must be saved” (Acts 4:10, 12).

No political correctness here. “By your agreement, you let Jesus be cruciﬁed, and if you don’t believe in Him, you have no salvation!”

When Peter and John were threatened and warned to no longer speak in the name of Jesus, they answered,

Whether it is right in the sight of God to listen to you rather than to God, you must judge, for we cannot but speak of what we have seen and heard (verses 19-20).

Take it or leave it — your threats will not keep us from preaching the gospel!

We Are Called to be Faithful

The martyrs before us have shown that it is not necessary to have free speech in order to be faithful. Richard Wurmbrand, in Tortured for Christ, wrote about parents who taught their children the Christian faith.

God is humbling us. In the 1980s, we looked to the Moral Majority to halt America’s moral and spiritual toboggan slide. We looked to the courts and to the White House. But bit by bit, our culture is silencing our witness. Students in today’s universities face challenges that previous generations have never had. I attended university at a time when we could share our faith freely, when various political and religious groups could meet on campus. I attended at a time when you could either ignore those with whom you disagreed or dialogue with them. There was a general willingness to discuss points of disagreement. The adage “I may disagree with what you say, but will ﬁght to the death for you to have the right to say it” was accepted as the norm.

Those days are gone — not just in our universities, but also in the workforce, in the military, and sadly, even in our churches. And where laws are not yet in place to limit free speech, we are tempted to self-censor what we say. Or at least there are many who stand ready to accuse us of being guilty, unloving, and intolerant.

Of course, our speech must be with grace seasoned with salt. We don’t shout at passersby (as I saw an angry evangelist do in Zurich, Switzerland, years ago). Free speech does not mean that we speak judgmentally to our nation as if we are free from our own weaknesses and sins. We give reason for the hope within us with respect, meekness, and fear (see 1 Peter 3:15).

We can expect views that differ from those of the thought police will be boycotted, shamed, and outed. But we will not be silenced. We will endure the shame, the ridicule, and the penalties.

We will be heard, and we pray that the church will speak with one voice.

Dr. Erwin W. Lutzer is Pastor Emeritus of The Moody Church, where he served as the senior pastor for 36 years. He is an award-winning author and the featured speaker on three radio programs that are heard on more than 750 national and international outlets. This is an excerpt from We Will Not Be Silenced by Erwin W. Lutzer. Watch Erwin Lutzer’s interview on LIFE Today Live.