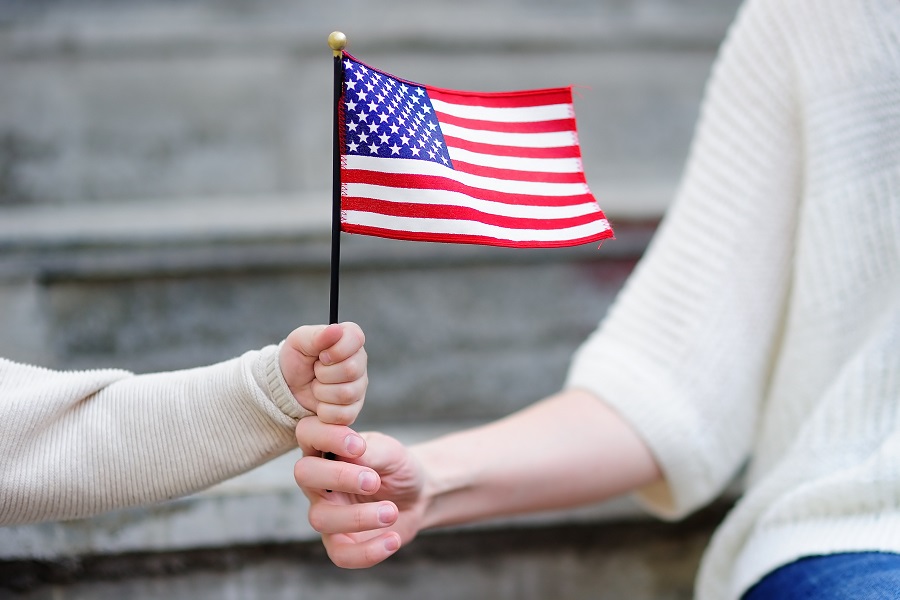 America is in crisis. Her destiny is on the line, and she will survive only if we still love her.

A battle rages in the streets, in academia, in the culture, and in the hearts and minds of the American people over whether America was and remains a good and great nation.

I have always believed that America is the greatest and most benevolent nation in history, that its Constitution is, in the words of former British Prime Minister William Gladstone, “The most wonderful work ever struck off at a given time by the brain and purpose of man.”

That’s primarily because the Constitution was crafted to maximize man’s liberty — not just by paying flowery lip service to the concept on hallowed parchment but by containing concrete limitations on government to ensure its realization.

Over time, anti-libertarian forces have chipped away at the document’s integrity and its guaranteed freedoms. Today, those destructive forces are ascendant and emboldened.

The Immorality of Slavery

Years ago, I was invited to give talks on the Constitution. On one such occasion, a female African American law student, after hearing my glowing endorsement of the document, asked how she could be expected to revere a government charter that condoned slavery.

I admit to providing an inadequate answer for my good-faith questioner, but I have given much thought to this important and increasingly relevant question since.

The immorality of slavery is undebatable, but the constitutional provisions dealing with it are more complex and deserve more than a short column. For now, let me say that the American people’s better angels fought a devastating Civil War largely over the issue and worked, especially in the last half-century, to ensure equal opportunity for all people under law.

Going forward, we must decide whether we want to heal or persist in endless conflict and racial acrimony. We can’t legislatively purge evil from men’s hearts — but we can and must pray to the God of all creation and of all precious human beings to expunge racial conflict and distrust from our souls, and to heal this land. I believe we’ve made enormous strides on racism, and let’s not allow the naysayers to take that away from us.

Some continually call for a national conversation on race. Others maintain we’ve been having that conversation for decades. We have, in a sense, but it has been more a shouting match than a dialogue and has been riddled with sinister partisan motives rather than harmonious longings.

If we’re going to converse, let’s allow all views to be aired instead of censoring certain opinions with false charges of bigotry.

At the center of this discussion should be the question of whether we believe now — not in 1776 or 1791 — that the American dream applies to all Americans. We will waste our time unless we still believe that America is exceptional and has the greatest system of government ever devised by man. Do we still embrace the American dream?

That is, could we all agree that America’s federalist structure, its scheme of checks and balances, its separation of powers, its express guarantees of God-given rights are far superior to any other conceivable government system including all strains of socialism, Marxism, totalitarianism and monarchy?

Should we foster a spirit of forgiveness among all Americans and all races, or do we seek to incite conflict for political gain? Do we support policies that improve the lives of all people including minorities, or would we prefer to remain mired in hate and bitterness? Will we encourage colorblindness and loving one another as God’s creatures in a truly integrated society, or yield to those who would revert to color consciousness and segregation? Will we repudiate or honor Martin Luther King Jr.’s legacy?

We can debate whether the framers built obsolescence for slavery in the Constitution or whether the Civil War and civil rights laws were enough to atone for this brutal institution, but shouldn’t we get about the business of living in harmony and striving to ensure the American dream is available for all?

Do we want to advance an agenda that treats all people equally and is better suited to lift everyone up, or would we rather be perpetually angry and paralyzed by guilt?

The American System of Government

We must shed the poisonous notion that the stain of slavery permanently taints our system of government, which still offers the last best hope for all Americans to be free, to pursue happiness and to succeed. We must fervently resist societal pressure to tear down all remnants of our history, because eliminating the bad will also eliminate the good — and increase the likelihood of repeating the bad.

Don’t believe for a second that the anarchists who have hijacked peaceful protests are conflicted on this issue. They want to tear down the entire system, which they say cannot be fixed.

Understand that if you buy into that lie, you are joining forces with those who will uproot all that is good and sabotage the system in exchange for the inevitable unfolding of totalitarianism in which only a very limited few will be free and thrive. History amply demonstrates the corruptive folly of the road we are traveling.

Conservatives must confront the pernicious narrative that America is evil and patriots who are intent on preserving it are racist. Precisely the opposite is true. We want the best for all people, and if we lack the moral courage to fight for our principles, America as founded will disappear. Only if we save this nation will the people for whom the destructive forces claim to be fighting prosper.

I pray God will heal and unite us, and that we will work together to preserve and reinvigorate this still-wonderful nation.