‘We Failed’: Danish Newspaper Apologizes For Its COVID Coverage

Ekstra Bladet, one of Denmark’s largest newspapers, gleaned one of the most important lessons in journalism during the pandemic. 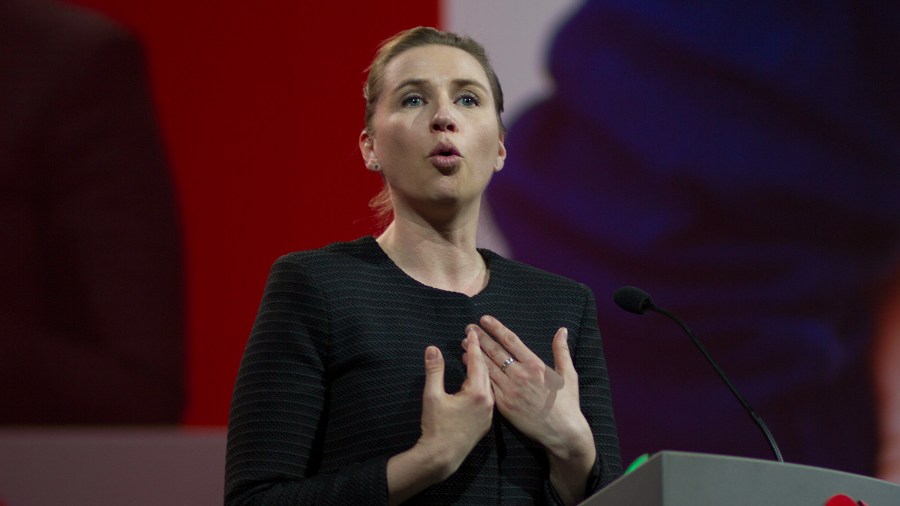 A Danish newspaper has apologized to its readers for not questioning the government’s data and narratives more throughout the first two years of the pandemic.

The Ekstra Bladet, founded in 1904, said it should have done more due diligence in examining the government’s data and conclusions before reporting them:

For almost two years, we — the press and the population — have been almost hypnotically preoccupied with the authorities’ daily coronatal, wrote Bladet journalist Brian Weichardt. The constant mental alertness has worn out tremendously on all of us. That is why we — the press — must also take stock of our own efforts. And we have failed.

In the mea culpa, which went viral on Twitter earlier this month, Weichardt suggested the newspaper should have asked more questions about how public health officials were tabulating data:

We have not been vigilant enough at the garden gate when the authorities were required to answer what it actually meant that people are hospitalized with corona and not because of corona. Because it makes a difference. A big difference. Exactly, the official hospitalization numbers have been shown to be 27 percent higher than the actual figure for how many there are in the hospital, simply because they have corona. We only know that now.

Of course, it is first and foremost the authorities who are responsible for informing the population correctly, accurately, and honestly. The figures for how many are sick and died of corona should, for obvious reasons, have been published long ago…

One of the largest newspapers in Denmark is apologizing for its journalistic failure during COVID-19 by only publishing official government messages without questioning them. Via @Niemandsknecht https://t.co/0DfZAOXduT

Journalists should have avoided adopting the state’s rhetoric and narrative on vaccination and Denmark’s hospitals, particularly the superlatives that accompanied them, Weichardt stated.

Even children have been vaccinated on a huge scale, which has not been done in our neighboring countries.

In other words, there is something here that does not deserve the term ‘super.’ Whether it’s the vaccines, the hospitals, or a mixture of it all, is every man’s bid. But in any case, the authorities’ communication to the population in no way deserves the term ‘super.’

An Independent Monitor of Power

The apology is an important reminder that the traditional role of journalism has been “an independent monitor of power,” not a mouthpiece for power.

“Journalism has an unusual capacity to serve as watchdog over those whose power and position most affect citizens,” the American Press Institute (API) explains. “It may also offer voice to the voiceless.”

For this reason, the API says, it is imperative that journalists not become “seduced by sources” or “intimidated by power.” This means not simply regurgitating the data and words of politicians and bureaucrats, but analyzing them critically.

Throughout the pandemic, this often has not happened — and it’s a problem that goes well beyond Denmark.

In the United States, media have tended to view the utterances of Dr. Anthony Fauci, the White House’s top medical advisor, as a kind of gospel. MSNBC’s Nicolle Wallace could have been speaking for many when she called herself “a Fauci groupie.”

The NIH head has been featured on more magazine covers than can be easily counted, saw his life the topic of a Disney biopic, and (as of June of last year) had done no fewer than 400 media events — even though his role is not a public relations one.

Most media have been shy to question or criticize Fauci, despite his pandemic flip-flops, and are content to take his words on faith. Some journalists even appear to have published articles pushing back on narratives problematic to Fauci’s public messaging at his request.

Fauci himself has taken a hardline approach to those critical of his pandemic strategies.

How did media go from questioning those in power to parroting them?

One answer can be found in an article written by Michael S. Schudson, a professor of journalism at Columbia University, that explores the role of journalism in liberal democracies.

Schudson, like the American Press Institute, says the first job of journalism is to report the truth (“to put reality first,” he writes). The problem, he says, is that many today cannot agree on what is true in an age that, for better or worse, is increasingly relativistic.

“Most college sophomores in their first philosophy class will walk in with the argument that ‘it’s all relative’ and that ‘that’s just your opinion!’ — no research, argument, or discussion can alter our preconceptions,” writes Schudson. “That’s why we call them sophomoric.”

Students don’t truly believe “everything is relative” though, and their actions show this, Schudson explains.

“If their computer malfunctions, they do not pray that it be fixed by divine intervention, nor do they normally kick the computer,” he says. “Instead, they call tech support — they turn to experts.”

Experts, Schudson seems to be saying, is where people and good journalists will go to find out what is real.

“When reality insistently knocks at the door, the premature commitment to ‘everything is relative’ is left behind,” he says. “Relativist or modernist or postmodernist, left or right — all will seek out experts.”

The State’s Dance With “Court Intellectuals”

Schudson’s suggestion that the experts are the source of truth and good journalism seems flawed for two reasons. First, he doesn’t seem to realize that this suggestion creates an obvious tension with journalism’s other primary goal — to monitor and hold accountable those in power, not serve as a mouthpiece for them.

Second, Schudson, somewhat naively, seems to overlook the experts’ proximity to political power. Perhaps he simply doesn’t see this as a problem.

After all, there is a tendency to view public officials and experts as altruistic and acting solely in the public interest. Public choice theory (and common sense), however, suggests this view is also naïve; individuals don’t shed self-interest simply because they work for or on behalf of the government. (See more on public choice theory below.)

Schudson isn’t wrong that journalists must rely on experts to help us explain the world, which is complex. But to see “the experts” as the ultimate source of truth for journalists is a bizarre philosophy, and it overlooks the lengths the state and experts will go to advance their own interests, working in tandem.

In colorful language, the economist Murray Rothbard explained how this lewd dance between the state and “Court Intellectuals” — experts, professors, journalists, etc. — works.

“Since its rule is exploitative and parasitic, the State must purchase the alliance of a group of ‘Court Intellectuals,’ whose task is to bamboozle the public into accepting and celebrating the rule of its particular State,” Rothbard wrote in a 1976 essay. “In exchange for their continuing work of apologetics and bamboozlement, the Court Intellectuals win their place as junior partners in the power, prestige, and loot extracted by the State apparatus from the deluded public.”

When journalists say, “‘Experts say’ has become a telltale sign of propaganda,” they are referring to the phenomenon described by Rothbard.

“Experts say” has become a telltale sign of propaganda.

None of this is to impugn the expertise of experts. (Few, to my knowledge, question Dr. Fauci’s expertise as an epidemiologist. The primary complaint against Fauci is that he has gone far beyond his role as a medical advisor.)

It’s merely to say journalists (and citizens) should recognize their proximity to power and influence, and realize that experts, like politicians, don’t shed self-interest simply because of the work they do. The expert’s data and comments should be scrutinized, dissected, and discussed, not treated as gospel or used as prima facie evidence for coercive policies. (As the economist Ludwig von Mises once pointed out, there is no “ought in science”; science can only tell us what is.)

Ekstra Bladet, Denmark’s newspaper, appears to have gleaned some of these lessons during the pandemic.

Let’s hope more news outlets around the world do the same.

Athletes Who Had COVID Will be Considered ‘Fully Vaccinated,’ NCAA Says in New Guidelines