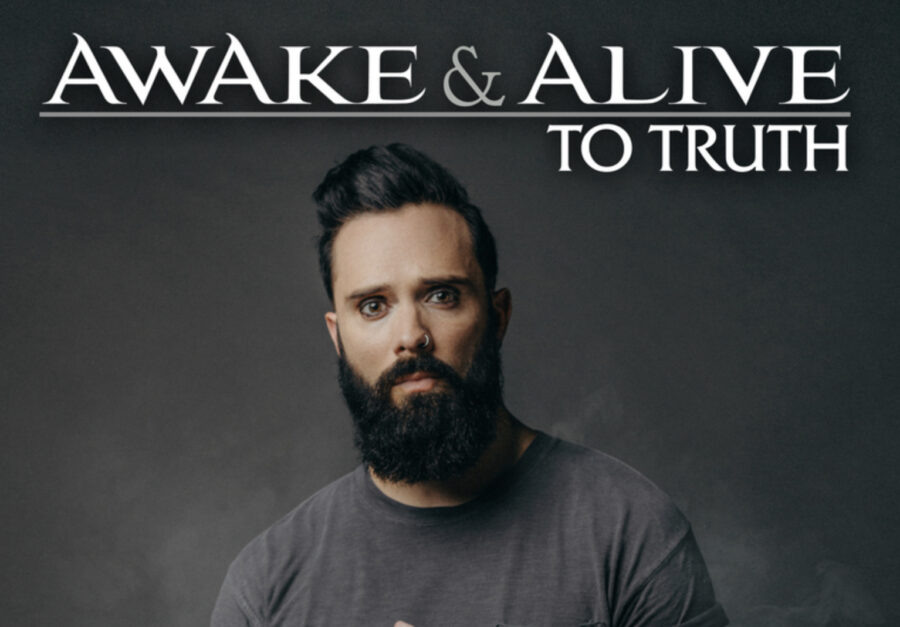 John Cooper has been entertaining audiences for more than two decades as the lead singer of popular rock band Skillet. Now he’s adding a new mission into the mix: combating cultural relativism.

Cooper, who has been increasingly vocal on issues plaguing Christianity and America, is out with a new book titled, Awake and Alive to Truth: Finding Truth in the Chaos of a Relativistic World — and he’s intent on driving home truth in an era of biblical apathy.

Cooper has become more vocal in recent months about issues plaguing culture — a move that came after he started seeing friends around him struggle with their faith and make comments that didn’t quite align with biblical truth.

As some of his Christian friends started to say, “I don’t think that Jesus is the only way,” or make other unbiblical claims, Cooper’s fears about the watering down of faith sparked in him a desire to speak out and help others navigate the ebbs and flows of an increasingly chaotic culture.

“There is chaos happening for a reason and we need to be bold about what those reasons are,” Cooper said. “If you just ground your life in the truth of Christ, you can escape all of this chaos.”

He said there’s a disturbing trend in which too many people have come to believe that “nothing in the world is absolutely 100 percent true,” saying things like, “your truth” and “my truth.”

READ ALSO: Dive Into the Headlines and Get Weekly Hope With the ‘Edifi With Billy Hallowell’ Podcast

“Relativism is something that Christians cannot believe,” he said, going on to note that there are many inside churches who don’t quite realize this reality. “We are in war where the church is losing so much ground within the church … the church is not looking like Christianity anymore.”

Cooper knows that there’s a risk to extending outside of music to address the issues of the day — but he believes the stakes are too high to back down.

“What we are losing is so great,” he said. “If it costs me fans, we have to start trying to save as many as we can. It’s that kind of a time.”

Find out more about Cooper’s mission in Awake and Alive to Truth: Finding Truth in the Chaos of a Relativistic World.