Watch Out: How the Left Will Play the Biden Scandal 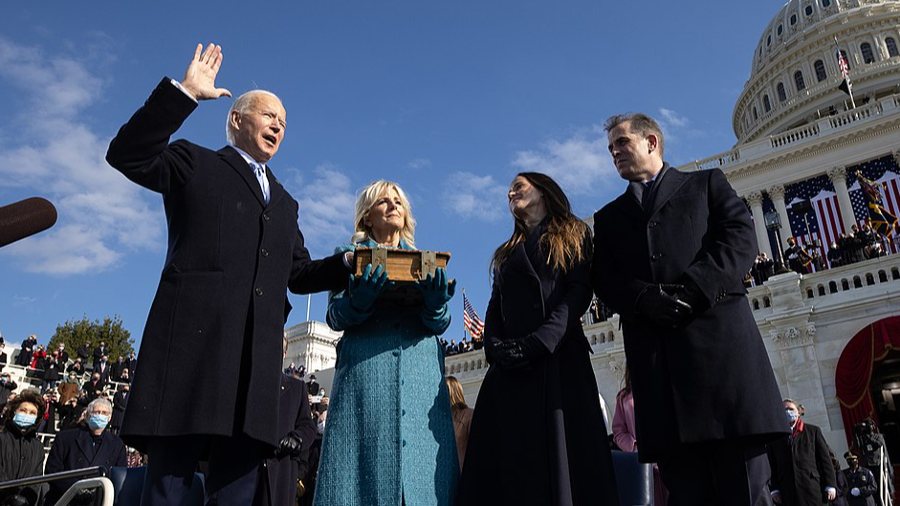 On June 5, 2010, an email to Hunter from partner Eric Schwerin titled “JRB Bills” (Joseph Robinette Biden), detailed expenses on the VP’s palatial, Kennedy-esque lakefront home — pictured at the link below — in the wealthy Greenville enclave of Wilmington, Delaware. For a breakdown of some of these maintenance expenses, you can go to the NY Post story — we apologize again for the creepy Hunter pictures.

An Intermingling of Finances

As the Post has previously reported, a January 2019 email from Hunter to his daughter Naomi said, “I hope you all can do what I did and pay for everything for this entire family for 30 years. It’s really hard. But don’t worry, unlike pop, I won’t make you give me half your salary.”

So even though we don’t have the actual bank transfers, we get the idea here that Hunter was induced to give something like 50 percent of his earnings to his dad. That might have been the drugs talking, but the grand jury will sort it out.

It should be obvious by now that somebody flipped a switch to tell the mainstream media, “Okay, it’s time to start picking up on the laptop story.”

But here’s something that sounds potentially even worse: In an email to Hunter dated July 6, 2010, titled “JRB Future Memo,” Schwerin said, “Your dad just called me [about his mortgage]…He could use some positive news about his future earnings potential.” Why would Joe be wanting to talk to Hunter about that?

There’s other intriguing correspondence as well. One sample from May 2018 that was reported by the NY Post has to do with an accidental transfer of $25,000 to an escort named “Gulnora” during a drug-and-alcohol binge. This transaction triggered a visit from the Secret Service, suggesting that it was done from an account he shared with his father. Hunter received a series of texts from a former Secret Service agent who was trying to get him to come out of his room, reminding him that “this is linked to Celtic’s account.”

“Celtic” was Joe Biden’s code name with the Secret Service when he was VP.

A Metaphorical Flip of the Switch

He also spoke about the media’s sudden turn to sort-of covering the Hunter Biden story. It should be obvious by now that somebody flipped a switch to tell the mainstream media, “Okay, it’s time to start picking up on the laptop story.”

The switch is metaphorical, of course, but all it took was The New York Times getting a signal from somewhere that, given that indictments were likely to come down soon, this was the time to get ahead of the story and present the best possible spin. They were late to the party, but it does look as though the Delaware grand jury assigned to Hunter’s case started without them.

By the way, that NY Post story also includes some quotes from Valerie Biden Owens, Hunter’s aunt Val, who sympathizes with Hunter for his struggle with drugs and, in true enabler fashion, places no responsibility whatsoever on him for the scandal enveloping the Bidens now. Why should she, when she can (surprise) blame Trump and his supporters? After an “ugly, degrading” campaign, she said, “Trump and his right-wing followers have continued to do whatever they can to discredit the family and therefore to bring Joe down.” I’m sure that if Trump’s family had been similarly accused, the Left would have respected their privacy and backed off. Kidding, of course.

“Aunt Val” happens to have a new book coming out Tuesday, called GROWING UP BIDEN: A Memoir. In the book, she compares the Biden family to the John F. Kennedy family. You know, we can kind of see it, but not in the way she means.

This weekend, Trey Gowdy, on his show Sunday Night In America, discussed the hesitancy of the media to cover the Hunter story with Howard Kurtz, who hosts the FOX News show Media Buzz, and let’s just say he disagreed with Aunt Val. Most news organizations minimized, or even mocked, the New York Post story, he recalled, leading into the 2020 election. Twitter blocked the sharing of the story, and the NY Post’s account was suspended, an incredible step.

It Comes Down to Media Malpractice

Kurtz gave the media “one clap” for finally coming around and “advancing the story in certain ways;” I give them nothing, not even a one-handed clap. In fact, I give them a “turn your back and walk away.” As I’ve said, by treating this very real story as fake news, they interfered with the 2020 election and very likely changed the outcome.

After the Post came out with their story, then-Director of National Intelligence John Ratcliffe was vocal about the laptop not being “Russian disinformation.” The media preferred the lies of California Rep. Adam Schiff, however, and got on board with his false “Russia” narrative. They wanted Trump out of office, and this was just the way to discredit something that they saw as helpful to him. They knew: this story is so serious and far-reaching that Biden wouldn’t have been elected to anything if the vast majority of people had known what it was about.

Some in the media are still dismissive — recall our story last week about Anne Applebaum at The Atlantic — but as Kurtz said, they’re afraid “they’ll wake up one morning and the grand jury in Delaware may have indicted Hunter Biden, on charges of either tax evasion or illegal lobbying or money laundering…” They don’t want to look “really bad” if that happens. But it’s too late for that. We all know what their coverage would’ve been like all along if this were about Trump’s family.

So Who Pulled the Switch? And Why?

So, to get to the main point: who pulled the switch and got the mainstream media in gear on this story? Our thought is that it’s none other than former President Obama pulling the strings. Here’s a must-read article by Andrea Widburg in American Thinker that will tell you why we so strongly suspect this.

Widburg even explains the three steps in which Obama could use Biden’s problems to regain the presidency on a technicality. In a nutshell: The 22nd Amendment to Constitution doesn’t say the President can’t have more than two terms — it says he can’t be “elected” to more than two terms. Get Kamala out of the VP spot, appoint Barack Obama to fill it, and oust Joe Biden via the 25th Amendment (or, I would add, his forced resignation over the Biden family scandal). Obama could choose his own VP and would then have a couple of years to lock in the “fundamental transformation” he didn’t quite get done during his first two terms.

So watch out for moves in this direction.