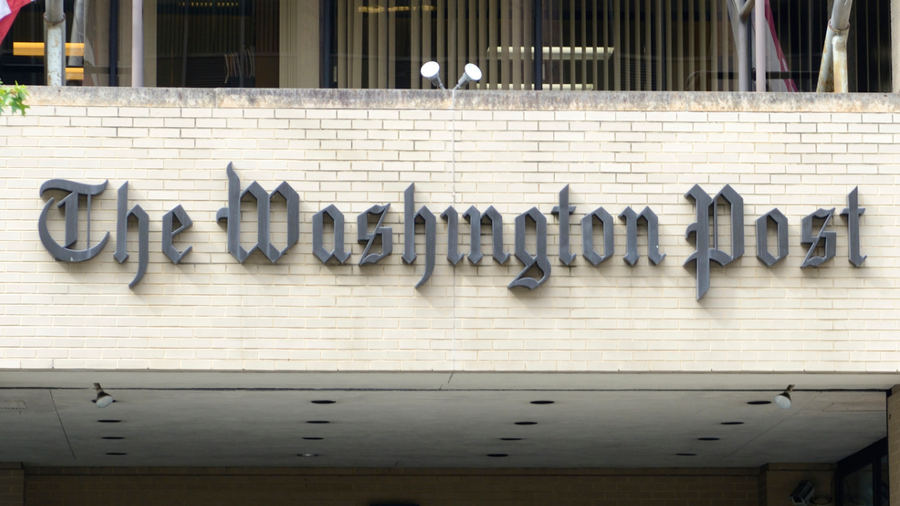 Even The Washington Post has admitted, perhaps inadvertently, what the January 6 “investigation” is really all about for Democrats.

We won’t link to WAPO here, because they’re a paid subscription-only service and a propaganda rag — a candy mint and a breath mint — but Tristan Justice at The Federalist offers a great report on the story. WAPO’s headline on Friday was “Jan. 6 committee faces a thorny challenge: persuading the public to care.” (Incidentally, they also ran an op-ed by esteemed former attorney general James Comey on March 7, “Every Jan. 6 case matters.” We think they matter, too, but for very different reasons.)

But here’s The Federalist’s piece from Sunday: “Democrats running the Jan. 6 Committee finally admitted the obvious: it’s a show trial all about the midterms.”

The Democrats are using their lore about that day to substitute one hoax for another. It’s pure politics.

Democrats in Congress — also “Republicans” Adam Kinzinger of Illinois and Liz Cheney, who has devoted her congressional tenure not to representing the people of Wyoming but in securing a personal vendetta against Trump — are dismayed because after 14 months, interest in their Priority-One “investigation” has grown tepid, even among many of their Democrat constituents. Gee, who would have thought that with skyrocketing gas prices, a lingering pandemic, and the world suddenly becoming a giant powderkeg, Americans have had other things to think about? And those other things do not help Democrats.

The left is so concerned about this — so desperate to have this one thing to run on — that they’ve reportedly discussed hiring a journalist (correction: “journalist,” or maybe we should just go on and say “propagandist”) to write their reports and produce compelling videos that could be spread around the internet and played during their televised hearings. They’ve been talking about starting public hearings, ideally televised in prime-time (!), in April. According to the Democrat who chairs House Speaker Nancy Pelosi’s committee, Rep. Bennie Thompson of Mississippi, they intend to showcase “how Trump interfered with official congressional business through his false rhetoric and unlawful actions.” In other words, they want to say President Trump is a liar and a criminal. On prime-time TV. Before the elections.

(If they do hold those televised hearings, you’ll be happy to know that “we watch the news, so you don’t have to!” My writers tell me they deserve hazard pay for this assignment, due to the extreme toxicity.)

To show what kind of propagandizing we’re up against, a more recent write-up that we won’t link to, from the “social justice” website Truthout, included this paragraph:

Trump’s words were indeed incendiary. On the morning of January 6, 2021, he gave a speech to his loyalists in front of the White House, telling that their country was being ‘stolen’ and that they couldn’t take it back ‘with weakness.’ He then encouraged the mob to go to the Capitol while Congress was in session, certifying the Electoral College win for Biden.

Not mentioned was that he told them to go “peacefully and patriotically” and that he never said anything about interfering with the process. Also not mentioned by the ironically-named “Truthout” was the fact that the people who moved the barricades and breached the Capitol were already there when Trump was speaking and didn’t even hear him.

I digress. Anyway, Democrats want an interim January 6 report in addition to their final report, which will be timed to fall shortly before midterm voting starts. California Rep. Peter Aguilar told WAPO that they want to make sure their reports aren’t written in “Congressional Research Service” style but in a way that will engage readers. Here’s the key observation from the WAPO story, which gives Democrats’ real motive away:

…A final report…will be published ahead of the November midterms — with the findings likely a key part of the Democrats’ midterm strategy. They hope their recommendations to avoid another insurrection will be adopted, but also that their work will repel voters from Republicans who they say helped propel the attack.

Most of us understand that the vast majority of Trump supporters who showed up for the Capitol Hill rally were simply exercising their constitutionally-protected right to assemble and protest. And according to an analysis done by The Federalist, only 8 of the 96 subpoenas issued by Nancy Pelosi’s inquisition went to individuals associated with violence at the Capitol. In addition to those 96 subpoenas, there are 100 more for the telephone records of individuals whose names are still under seal.

To the surprise of no one, the Committee is not even touching the legitimate security failures on that day, including Pelosi’s failure to provide security after thousands of National Guard troops had been offered by President Trump. Here’s an enlightening article from (of all places) CNN in July of last year, explaining where the Democrats were and were not willing to go in their “investigation.”

One thing the Democrats can in fact be gleeful about is the successful adoption into the lexicon of the word “insurrection” to describe that day’s riot. By any stretch of a sane person’s imagination, a small, ragtag group of unarmed people upset by what they saw as election fraud is not an attempt to overthrow the government of the United States. Neither is a crowd of mostly elderly and otherwise harmless people who entered the Capitol not knowing they were doing anything wrong. But thanks to a huge propaganda push, it became the mainstream go-to word, used routinely.

It was, of course, used in the WAPO piece, as seen above. And Arnold Schwarzenegger, who unfortunately has spent way too much time around the Kennedy family, used it in his otherwise-powerful video to the Russian people about the fight in Ukraine.

“And may I remind you,” Schwarzenegger said, “that I speak with the same heartfelt concern as I spoke to the American people when a wild crowd was storming the U.S. Capitol, trying to overthrow our government.”

News flash to Arnold: They were not trying to overthrow our government. But such a characterization is certainly in keeping with Tristan Justice’s observation on the anniversary of January 6: that the Democrats are using their lore about that day to substitute one hoax for another. It’s pure politics.