Parents have the right to protect their children from harm, such as being inducted or indoctrinated against their will into a harmful ideology. 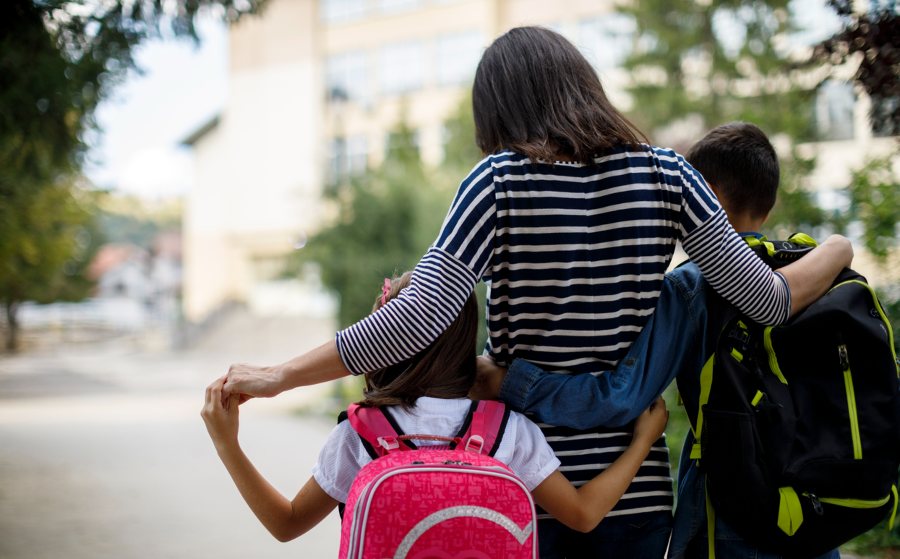 Of the many debates raging across the United States, none is more important nor consequential than to whom children belong: parents or the state. For example, should schools and educators intervene between children and their parents, and even hide from parents what they are teaching and counseling when it comes to sexuality and gender? States across the country have adopted different and contradictory policies on these matters, some reversing them back and forth as elections bring different worldviews into power.

For example, last year, former Virginia governor Ralph Northam instituted a policy designed to “accommodate transgender students” by allowing them to use their preferred bathrooms and locker rooms, to adopt their preferred pronouns, to play on their preferred sports teams, and to receive care and counseling to “affirm” their identity, all without parental consent. This year, Virginia’s new governor Glenn Youngkin’s Department of Education reversed these interventions with a new model policy that restores parental rights to “make decisions with respect to their children’s upbringing.”

Specifically, the new policy mandates that students must use school restrooms and participate on school sports teams that match their biological sexes, and parental approval is required to change a student’s name and pronouns or to receive gender-related treatments. The new law follows the reasoning of a Virginia statute that stipulates, “A parent has a fundamental right to make decisions concerning the upbringing, education, and care of the parent’s child.”

The reversal of Governor Northam’s policy was not without critics. The Roanoke Times described a rowdy public meeting in Richmond last month where dozens of Virginians, from both sides of the issue, spoke out. One resident who identifies as transgender expressed the urgency of fellow progressives, saying, “If you don’t enact these policies, children will die.”

Of course, there’s no actual evidence that transitioning minors improves their mental health or keeps them from committing suicide. One recent survey of the existing research on the topic found that science has “not shown that cross-sex medical treatments are beneficial to children or adolescents” and that “there is evidence of harmful impact.” This is probably why a growing number of otherwise socially liberal countries are now pumping the brakes on gender transitions for minors, even shutting down famous gender clinics, like London’s Tavistock Clinic.

On the other hand, champions of SB 107, which will go into effect in California next year, hope that their new law will turn the state into a “refuge” for transgender children. The law would prohibit enforcement of laws from other states (for instance, Texas) and would allow officials to prosecute parents who subject their children to “non-affirming” transgender therapy or treatments. What it defines as appropriate “healthcare” — social transition, hormones, and other medical interventions — are treatments lacking in conclusive, supporting evidence. Inspired by California, lawmakers in 19 other states have introduced similar “trans refuge bills.”

So Much is At Stake

So much is at stake as this state-by-state patchwork of contradictory laws expands: the validity of a historically brand new ideology that thinks of men and women as interchangeable, the idea that even children should be able to (or for that matter, can) switch gender, what it means to show compassion and actually help those struggling with gender dysphoria, and especially, the lives and wellbeing of children.

This will be decided based on another choice: whether parents are the ones primarily responsible for children, or the state. Do children belong to mom and dad, or to state administrators, educators, and bureaucrats?

To be clear, parents do not have an absolute right to do whatever they want to their children. For example, parental rights do not justify the medical or surgical alterations of their children’s healthy bodies, upending their development and causing long-term (and maybe permanent) injury. Parental rights do not include the rights to harm children. For the same reason, parents do have the right to protect their children from harm, such as being inducted or indoctrinated against their will into a harmful ideology. The state has no business interfering with parents protecting their children from an ideology younger than smartphones.

These ever more conflicting laws bring with them a cultural reckoning. More parents will be forced to choose between their rights and state usurpation, between speaking out and remaining silent. They need our prayers, our energetic public action, mutual and vocal support from other parents, and, especially, the support of their pastors, their churches, and their Christian leaders.

What Is a Woman? Shows Why We Must Protect Kids