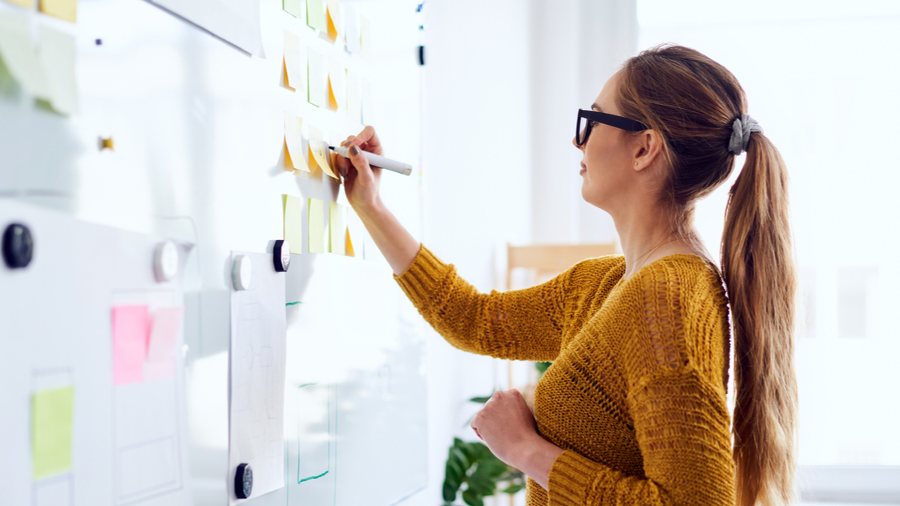 A former administrator at a Virginia school is suing her county school board for creating an atmosphere of racial division and harassment that forced her to leave her job.

Emily Mais was an assistant principal at Agnor-Hurt Elementary School in Charlottesville until she resigned in September 2021 after expressing concerns over mandatory, race-based teacher training.

Her lawsuit argues that the curriculum teaches critical race theory, which attributes negative characteristics to individuals based on their race and embraces the ideas that white people are entitled and that only whites are capable of being racist:

The curriculum sets up a classic Catch-22, in which a white person’s objections to the content of the curriculum are simply evidence that he or she is a racist who needs further training on the curriculum. Unfortunately for her, Ms. Mais was caught in that Catch-22.

When Ms. Mais complained about the curriculum and protested reverse racism, she was branded a racist, severely and pervasively harassed, relentlessly humiliated, and ultimately compelled to resign from a job that she loved to preserve her mental health.

In a training session on the racial makeup of school district employees, the lawsuit says, Mais accidentally used the term “colored people” instead of “people of color,” which is the phrase the “anti-racist” policy uses.

Although Mais immediately apologized for her “slip of the tongue,” according to the lawsuit, she was “verbally attacked” in front of all attendees and called a racist.

The suits says that multiple employees told Mais they heard co-workers “openly slandering” her at work, “openly cursing about her and calling her vulgar names at work, telling other employees she was a racist and that she intentionally demeaned black people, and trying to turn other employees against her.”

The insults, which included calling Mais “that white racist b—-,” caused her too much distress to do her job, and she resigned. The lawsuit alleges that the harassment led Mais to experience physical symptoms such as panic attacks, breaking out in hives, rapid heartbeat, depression, and hyperventilating.

Virginia Gov. Glenn Youngkin, a Republican, won election in November in part because he emphasized the dangers of critical race theory and other divisive political ideology in the state’s public schools.

“As an administrator, I have a duty to advocate for policies that protect my students and serve their best interests. I also have a commitment to all their families,” Mais said in a statement provided to The Daily Signal, adding:

I took great pride in my responsibility to support faculty and staff under my charge in a manner that promotes a work environment of unity and acceptance, not hostility and division. I believe every person is made in the image of God and entitled to equal treatment and respect.

For that reason, I have chosen not to participate in teaching students, teachers, or staff to treat each other differently based on skin color. Sadly, standing on that principle cost me my job. But if I can help shine a light on all the other teachers and parents who have been vilified for speaking truth, or are grappling with this work the way I did, and bring needed change, it will not be in vain.

Mais was just doing her duty as a teacher to speak against discrimination and advocate on behalf of students and staff, Kate Anderson, a senior counsel at Alliance Defending Freedom and director of its Center for Parental Rights, said.

“When her school adopted a policy that discriminates against students, she voiced concerns about that and particularly about the hostile environment she thought it created for students and teachers,” Anderson told The Daily Signal in a phone interview.

“Because she spoke out, her school subjected her to that hostile environment and created what essentially is a harassment campaign against her that eventually pushed her out of a mission that she loves,” Anderson said.

Mais has worked in education since 2005, including as an elementary art teacher for seven years in the Washington, D.C., area before moving into administrative roles.

The lawsuit contends that the Albemarle County school district, about two and a half hours southwest of Washington, violated Mais’ freedom of speech under the Virginia Constitution and compelled her to affirm ideas that were against her beliefs.

Phil Giaramita, a spokesman for Albemarle County Public Schools, told The Daily Signal that the district has not yet reviewed the lawsuit.

“Our only information on this lawsuit is what has been reported in the media. We have not yet been formally served and have not had an opportunity to review the claims in any detail,” Giaramita said.

“We look forward to having that opportunity at some point in the future when we have been served and to have the opportunity as well to respond to these allegations in the appropriate legal forum,” he said.