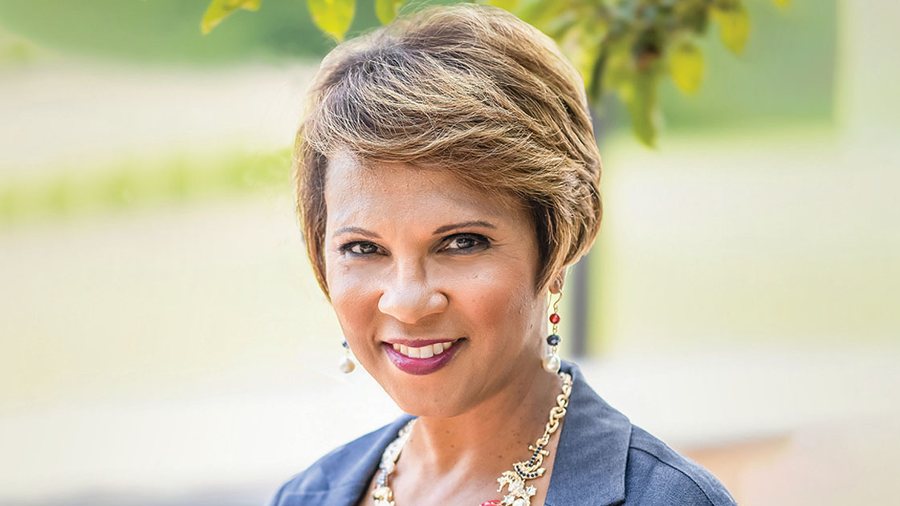 "I am afraid this cycle of recriminations has robbed us of a great opportunity to be a shining light ... by working towards understanding, instead of intolerance," writes Sophia Nelson, scholar in residence at Christopher Newport University, who refuses to bow to pressure from students, faculty, and staff over her tweet criticizing the new bisexual Superman character.

A scholar at a Virginia university is not backing down as students and faculty seek to get her fired for a tweet she posted criticizing DC Comics’ new bisexual Superman character.

“Regrettably, this has all gone too far,” Sophia Nelson, scholar in residence at Christopher Newport University in Newport News, Virginia, says in an open letter to the university community dated Friday.

“I read the student petition against me in a Fox News article posted on Wednesday, October 27th,” Nelson writes, “and was devastated to read these words: ‘Our community is hurt and disappointed in the way this university has dealt with the homophobic and racist statements of Professor Nelson.’”

Nelson adds in her open letter:

This is where I must draw the line. Neither me nor my words are racist or homophobic. And to characterize them as such in a petition to remove me is very shocking and damaging to me as a professional and as a human being.

Her remarks on Twitter made no references to Superman’s race (the iconic character was born on the fictional planet of Krypton), so it’s not clear what Nelson’s critics were talking about.

On Oct. 1, Nelson began work as a visiting fellow at the university’s College of Arts and Humanities, after serving at the school as an adjunct professor.

The incident began when, in a since-deleted Twitter post Oct. 11 about the bisexual Superman named Jon Kent, Nelson wrote:

I just don’t get why this is necessary. I don’t! What if Christian parents of children reading comic books don’t want their kids exposed to bisexual characters? This is being pushed on kids. Then parents have to explain it. And most cannot!

Nelson describes herself as a conservative Christian. In a written statement to The Daily Signal, she explained that she wrote the tweet to push back against the oversexualization of children, not out of “homophobia.”

“My issue had nothing to do with homophobia or anything against LGBTQ. Quite the contrary, it had to do with oversexualization, exposing our children to comic book characters or social media where they’re constantly being bombarded with sexual images,” she told The Daily Signal, adding:

Although she deleted it, Nelson’s tweet triggered an angry response from some Christopher Newport students, who arranged a protest last Monday wielding a petition calling for her ouster.

In an email to colleagues Oct. 14, Stern wrote: “I regret that I’m reaching out related to homophobic tweets from a current CNU colleague, but it is my job to do so. … I am not interested in cancel culture, but I am interested in dialogue with CNU faculty who publicly share ideas that shame marginalized groups, particularly because Nelson serves the same student population that we do.”

Stern added: “CNU is a public institution, not a faith-based institution, whose students, faculty, and staff honor many or no faiths.”

University President Paul Trible responded to the students’ demands and the internal email with an open letter Oct. 15.

“First, we will help our family heal. I am grateful for those groups and individuals that began personal outreach immediately. Support and compassion are being offered in many ways — friend to friend, colleague to colleague, mentor to student,” wrote Trible, a former Republican U.S. senator and congressman from Virginia, adding:

A second open letter, released the same day as Trible’s and signed by “All Full-Time Faculty Members of the CNU Department of Communication,” contained more condemnation of Nelson’s tweet about the bisexual Superman character and perceived anti-LGBT sentiment.

“Let us say unequivocally that as a department we stand in support of Inclusive Excellence and support all members of the CNU community, including our fellow Captains who identify as LGBTQIA+ and their friends and families,” the letter reads, adding:

While we stand steadfastly in support of the principles of free speech, we recognize that freedom of speech does not mean freedom from consequences of that speech.

The letter concludes: “[T]he Department of Communication forcefully denounces anti-LGTBQIA+ rhetoric, given the impact such words can have on our students and other members of the CNU community. Further, we believe strongly that discourse on this topic should be firmly grounded in academic research.”

In response to all this, Nelson said, she attempted to set up a mass forum to talk to students about the incident, but was rebuffed by the Student Government Association.

“I asked to be able to call in to talk to students when they had a big forum with faculty and students. They denied every request I had because I was told my ‘hateful’ words made the students feel unsafe,” Nelson said. “They felt strongly that the best way for me to get through this was to get to the campus to meet with small groups of students.”

Nelson originally was slated to appear on campus Nov. 9 to speak with students, but decided that she will not do so.

“This has been very hard. And I am afraid this cycle of recriminations has robbed us of a great opportunity to be a shining light in the controversy of our day by working towards understanding, instead of intolerance,” she wrote in the Oct. 29 open letter to the university community, adding:

I have a contract with this university that I intend to honor. I hope we can all find a way forward that allows us to move on from this very difficult moment. Yet, at this time I will not be coming to campus to meet with students as announced by President Trible earlier this month.

Nelson said she is deeply saddened by the events, and laments what she thinks is a problem across the nation’s college campuses.

“This is not the America that I know and love,” the scholar said in her written statement to The Daily Signal, adding:

This is what we’re teaching our college kids, to react in anger and retribution, to destroy the career of faculty because they got upset and uncomfortable instead of using their words, instead of dialogue, instead of doing all the very things they tell the rest of us to do, to be tolerant and to engage it. … If that’s where we are, we’re in a bad place. We’re in a really, really bad place.