But is it accomplishing what abortion supporters think it is? 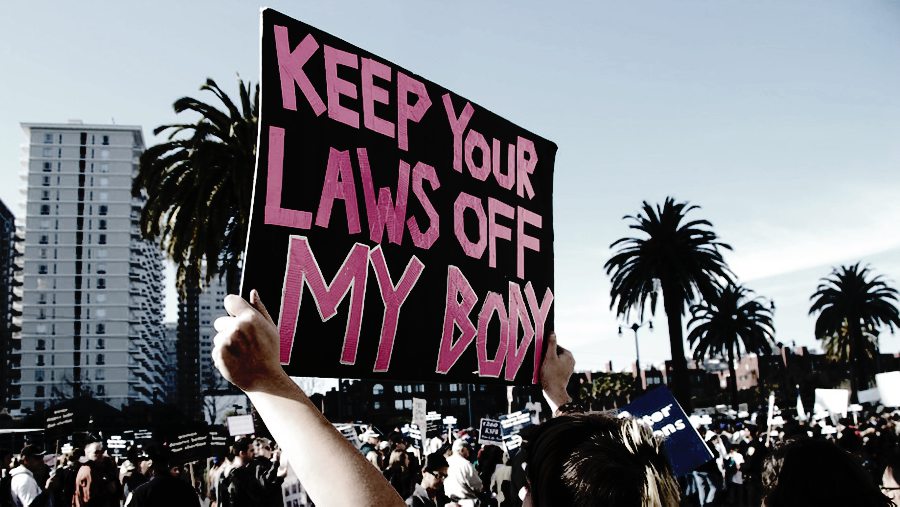 Women’s Marches (many re-named “Rallies for Abortion Justice,” which is a lot more honest) descended upon many cities on October 2, bringing with them overtired abortion rhetoric and even violence towards pro-lifers who attended them with Students for Life of America (SFLA). The fearless Pro-Life Generation attended the events in 24 different cities nationwide to supply a much-needed pro-life voice.

In many cities, the counter-protests went as planned. But it wasn’t the case across the board. The Students for Life team returned with some very intense stories of violence suffered at the hands of Women’s Marchers.

Bashing the Pregnant in Denver

In Denver, a posse of abortion supporters harshly shoved a handful of Students for Life attendees, one of whom was eight months pregnant. In Minneapolis, aggressive pro-choice women hit a female student in the head. Then they rammed another and knocked her to the ground while pro-choice men with megaphones shrieked insults at the girls.

In New York, a Women’s Marcher snatched the cellphone out of the hand of SFLA’s Mariah McCarron and threw it on the ground. In Dallas, SFLA’s Erin Quinn had a package of Plan B thrown at her. In St. Louis, a Women’s Marcher cornered SFLA’s Reagan Barklage and told her that she ‘hoped [Reagan] would be raped.’

Hostility is certainly on the rise as abortion not only pits women against children but women against women, too. Pro-life advocates will continue to stand up for the defenseless at every opportunity – even ones we’re very much not invited to.

“I Eat Fetuses” And Other Things Pro-Choice College Students Say

At the start of every semester, most colleges host some sort of involvement fair where students can get a feel for what student-led organizations exist on campus. Western Washington Students for Life participated in their fair and braved some encounters with peers that ranged from strange to hateful.

A couple of girls came up to the table and asked if there were snacks. After the group directed them to the pile of candy, they gestured to the fetal models, saying, “Oh, I thought … ” suggesting that they wanted to eat the fetal models instead.

A student standing in a group near the table shrieked a rude comment directed at the pro-life group without even coming to speak to them.

A group of four came up and asked what the group thought about the Texas law (the 6-week abortion ban). After stating that they agreed with it, one of the girls muttered, “That’s f—ing sick.” Still another gaggle of pro-choice students made a stop at the Planned Parenthood table, gathered up some signs, and mobbed the Students for Life table.

Mob of Pro-Choice Students Attacks Pro-Life Display, Does Nearly $300 Worth of Damage

Students for Life of America’s See Me Now Tour is in full swing and making stops at campuses nationwide to expose the grim truth about first trimester abortion and its victims. At a stop at the University of Cincinnati, things took a turn for the worse as a pro-abortion mob formed and attacked SFLA’s Jordan Moorman and the display materials.

It started when a man began shouting at the Students for Life group, saying they ‘could not be pro-life’ unless they were pro-vaccine, anti-gun, and a myriad of other things that were not related to the issue of abortion. (|Click here to read more about how to respond to this argument.) He was, of course, making assumptions about all of these things, as the group was only discussing abortion. The man’s behavior drew attention, and before long, a pro-abortion mob had formed.

Though he was extremely outnumbered by the protestors, Jordan continued trying to have fruitful conversations and speaking truth. Unfortunately, the mob did not want to talk or have meaningful dialogue. Chaos was the goal.

Protestors managed to steal Jordan’s fetal models (which were a part of the See Me Now display and will cost nearly $300 to replace) and tried to steal more of the display. The students were aggressive, angry, and obviously aiming to vandalize our display rather than have a conversation. Luckily, no one was hurt, but this is the kind of backlash our students face on campus every day.

Abortion supporters were enraged that the Supreme Court opted not to block Texas’s Heartbeat Act which went into effect on September 1. They recently descended upon the private home of Justice Brett Kavanaugh with an unpermitted and noisy protest. Kavanaugh, who has a wife and two young girls, was among the five justices who voted not to block the pro-life law.

Two courageous women in the employ of Students for Life of America (and local to the D.C. area), Anna Lulis and Elizabeth Nogueras-Rivera, decided to pay the protest a visit and see what the abortion supporters had to say. The response was shocking.

The two pro-life women were met with hostility from the pro-choice crowd who preferred to yell instead of conversate. One male protestor, when asked if he would like to have a conversation with them, physically shoved Lulis and said, “No, get the f*** away from me.”

While the majority of the protesters wouldn’t engage, three did consent to a conversation. Their answers showcased a common lack of scientific knowledge about fetal development and abortion. In fact, none of the protesters really seemed to know anything about abortion.

One protestor stated that an indication of life was when the baby was out of her body. “It really depends on the person and every person should make that choice for them. I do think it [human life] is subjective to the person carrying that human life.”

Another protestor echoed the disturbing and biologically inaccurate sentiment that birth was an indicator of human life. “Because a baby is either born alive or it’s not … I don’t know, I think it’s a personal choice,” she shared.

Pro-Life Vigilantism: Why Not?