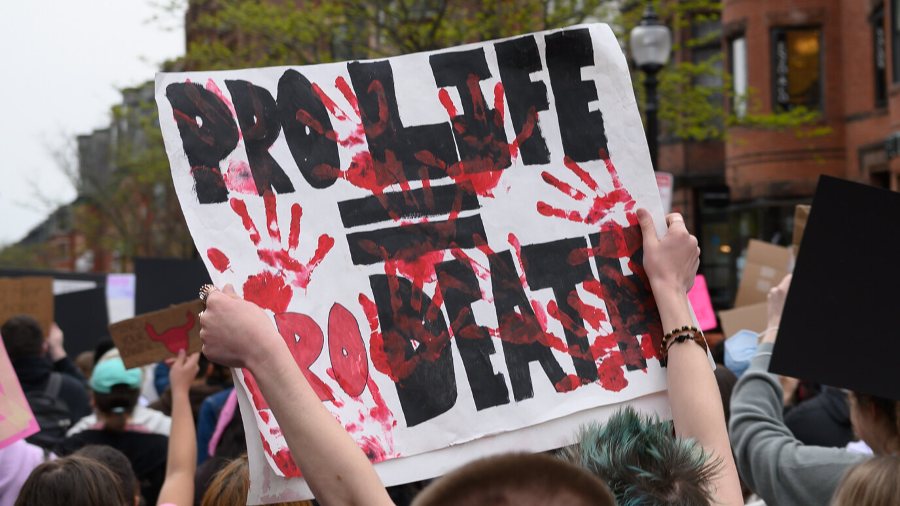 Ever since the unprecedented leak of an early draft of the Dobbs decision from the Supreme Court which may overturn Roe v. Wade, the “shock troops of tolerance” have been busy interrupting church services. And they have done much destruction of crisis pregnancy centers.

They claim to be “pro-choice,” but choice involves options. And these people want to make sure women make only one choice — the choice of abortion. When there’s only one choice, then “pro-choice” is an oxymoron.

Since May 2, when the draft decision was leaked:

Many of these attacks have been done through an ad hoc organization called “Jane’s Revenge.”

The name would imply revenge on behalf of “Jane Roe” from the 1973 Supreme Court pro-abortion decision, Roe v. Wade.

From here forward, any anti-choice group who closes their doors, and stops operating will no longer be a target. But until you do, it’s open season, and we know where your operations are. The infrastructure of the enslavers will not survive. We will never stop, back down, slow down, or retreat.

A friend of mine works in a crisis pregnancy center. She told me in an email over the weekend: “I worked in the Emergency Dept as a RN for 25 years with police security, but I never dreamed that working at a pro-life clinic would be a high risk job!”

And this damage is being done in the name of “Jane Roe?” As the record shows, Jane Roe’s identity was revealed in 1987, and her name was Norma McCorvey. It turns out McCorvey had not been raped (as claimed in the case). She had gotten pregnant from her boyfriend, and she just wanted an abortion.

ACLU attorney Sarah Weddington lied to her as she assured McCorvey she could get an abortion, but what Weddington really wanted was McCorvey’s participation in what became Roe v. Wade.

Then in the late 1990s, something amazing happened. Norma McCorvey made a profession of faith in Jesus Christ and came to oppose abortion. Thus, Roe came to agree with Wade. Henry Wade had been the District Attorney of Dallas County, and Roe v. Wade challenged Texas’s pro-life law.

Norma McCorvey wrote her story in her 1997 book, Won By Love (with co-author Gary Thomas). The subtitle of that book is “Jane Roe of Roe v. Wade Speaks Out for the Unborn as She Shares Her New Conviction for Life.”

And now, in the name of Jane Roe, anarchists and ANTIFA-types are carrying out acts of vandalism and damage of pregnancy centers that simply exist to provide loving alternatives to abortion.

One man who knew McCorvey, who died in 2017, is Father Frank Pavone, the president of Priests for Life. He even baptized her and spent time sharing Scriptures and Church teaching with her.

What Would ‘Jane Roe’ Think of This Revenge?

I asked him for a comment on the former “Jane Roe” since these groups are doing damage to try and disrupt pro-life work in her name.

As for Norma McCorvey, hers was a life of repentance, not of revenge. She wouldn’t have needed to take ‘revenge’ on pro-life people anyway, because she was one of us. She would have abhorred the way the pro-abortion people are acting now. In fact, she didn’t like them even when she was on their side. She thought they were arrogant and disrespectful of her.

The abortion supporters were handed abortion-on-demand on a silver platter by Roe v. Wade. They didn’t have to engage in the laborious, tedious process of elections, lobbying, debating, persuading, and lawmaking. Instead, a ‘constitutional right’ was just created for them. Now that it is being taken away, they whine and stomp their feet like a child.

Where is the U.S. Attorney General Merrick Garland in all this? When is he going to act against this intimidation? Our nation’s founders said that the Creator has endowed us with “unalienable rights” — first among these is “the right to life.”

Father Pavone has the final word:

Of course, their attacks on our churches are because when we restrict abortion, they perceive it as an attack on theirs. The abortion clinics are their churches, abortion-on-demand is their dogma, and abortion itself is their sacrament. May they be given the grace of repentance.

What Do We Prefer?