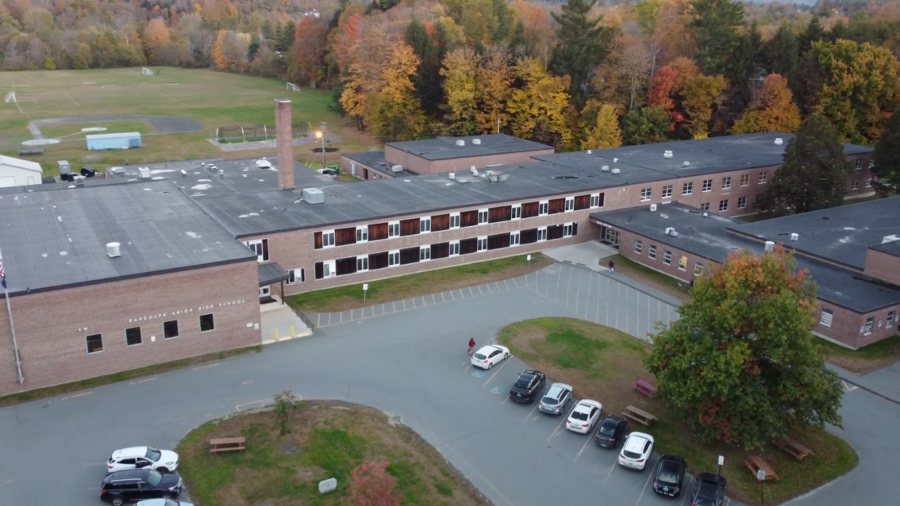 A Vermont school district under fire for allowing a biologically male student to use the girls’ locker room has suspended a father from his position as soccer coach for using male pronouns to refer to the trans-identifying student.

Travis Allen has been suspended without pay from his job as the Randolph Union Middle School girls soccer coach, Orange Southwest School District Superintendent Layne Millington said in a Tuesday letter. His suspension follows a Daily Signal report highlighting his daughter’s discomfort at a biological male using her locker room while she was changing.

The superintendent, who did not immediately respond to a request for comment from The Daily Signal, said that Allen was being punished because he “misgendered a transgender student in our district.”

Allen’s daughter Blake is one of several young ladies who said they were in the Randolph Union High School locker room changing when the trans-identifying student, a biological male, entered the locker room.

Several girls who spoke with The Daily Signal said they asked the student to leave, but that the student did not immediately do so. The girls said that the student stood in the corner and looked at them while they were changing, causing them to feel uncomfortable.

NEW: @DailySignal spent this week in Randolph, Vermont, speaking to high school girls who face heavy criticism + potential punishment from their school for pushing back against a biological male using their locker room. Here's what these girls have to say for themselves: pic.twitter.com/trYW8c6e1z

In a Facebook comment, Blake’s mother, Jessica Allen, told the trans-identifying student’s guardian, Melissa Sivvy, that she would be “GLAD to have a conversation” on “this matter.” Sivvy, who has told The Daily Signal that her child is a girl and deserves to be in girls’ spaces, had asked for “justice for whoever was wronged” in a Facebook comment.

“I am the father of the girl you claim ‘made up a story for attention,’” Travis Allen wrote in a Facebook reply to Sivvy. “The truth is your son watched my daughter and multiple other girls change in the locker room. While he got a free show, they got violated.”

The father added: “You think this is fine and dandy. I wonder how you would feel if I watched you undress?”

Allen told school officials that he called the biologically male student a “he” on purpose, Millington said in his letter, adding: “Such conduct is unprofessional and unbecoming, and flies in the face of the Vermont Principal Association’s athletic regulations, Vermont State regulations, and the RUHS Middle-High School expectations.”

Millington wrote that school officials have “significant concerns” about Allen’s ability to “support all of our students as the law requires.”

Allen offered to avoid using gender pronouns while communicating with trans-identifying students and to take down his social media post. But the school district demanded a public apology from Allen, which he refused, resulting in his suspension.

“The public apology was how I could keep my position and continue to coach at the school,” Allen said, describing himself as “pretty upset” by the entire sequence of events. The father of four said that he has coached his children for the past 12 years as a way of being involved in their lives and teaching them life lessons.

“It’s not just playing soccer,” he said. “We have to deal with other personal issues that come with the team as well — bad attitudes, kids being bossy, things like that.”

“When he asked me to publicly apologize, I thought about it,” Allen told The Daily Signal. “I did pause and waited a few seconds. And I’m thinking, ‘If I say that I’ll apologize, I’ll be able to coach my youngest daughter for the rest of the season, but I’m going to, in turn, hurt my other daughter, because I’m not standing up for what we believe in, I’m just cowing to them like so many other people have done. And I just can’t do that.’”

Allen said he and his family were never looking for attention.

“We’re a family that pretty much goes with the flow,” he said. “And this time we just couldn’t do it.”

School officials have cited state law allowing for students to use locker rooms and bathrooms that align with their stated gender identity. Those officials have repeatedly said that they care about everyone’s safety, and that Randolph Union High School is investigating whether harassment took place when the girls told their biologically male classmate not to come into their locker room while they were changing.

Co-Principal Lisa Floyd told The Daily Signal on Thursday: “Student safety is our district’s highest priority. We always do our best to maintain a supportive learning environment for all of our students.”

“The district has policies and procedures to respond to student harassment based on protected characteristics or other misconduct,” she added. “We are not able to discuss any specific students because of federal privacy laws. However, when we become aware that there has been a violation of our policies, including harassment of other students, we respond immediately.

“Where the policies and expectations are violated, we take disciplinary action consistent with the law and reasonably calculated to prevent further misconduct. We also do our best to give victims supportive measures,” Floyd said.

During a forum with parents last week, Millington claimed that coverage of the girls’ pushback has sparked hatred and bigotry toward both the trans-identifying student and the school district. And other parents and students criticized Blake and her family for speaking up on the matter.

Parents who spoke with The Daily Signal said the superintendent and the forum did not focus on the most pressing matter at hand; namely, their daughters’ discomfort at having a biologically male student in the locker room able to observe them while they are changing.

“I want all kids, all kids at RUHS to feel safe, all kids nationwide to feel safe in their spaces, where they need to change or are supposed to be private spaces,” Jessica Allen told The Daily Signal in an interview last week. “We have to get creative as a nation to really figure out how to keep everybody safe, and everyone working together. The hate really does need to stop, because that’s not what this is about. … Let’s have an open dialogue about how to keep everybody safe and feeling comfortable, because we’ve taught children to protect their bodies.”