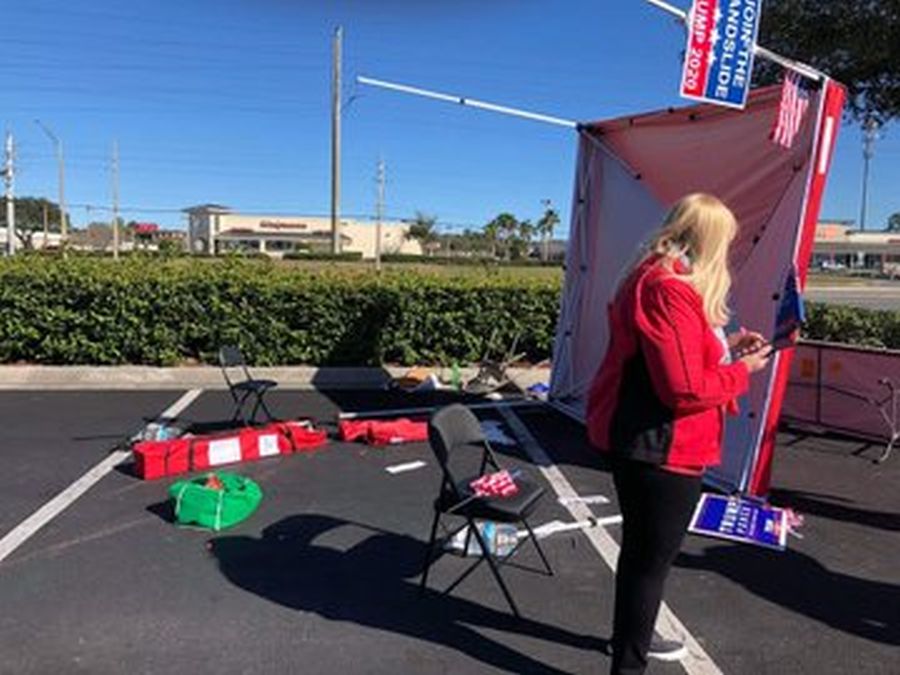 A man driving a Chevrolet van plowed through a Republican group’s voter registration tent outside of a Walmart in Jacksonville, Florida, on Saturday, the local sheriff’s office said.

Members of the Republican Party of Duval County were registering voters when they say that a man driving a 1980s model brown van drove through the tent, destroying tables and chairs.

At approximately 2:45 p.m. a multi-colored brown and gold van driven by what is described as a white male in his 20s or 30s, accelerated into a crowd of volunteers at the Kernan Village shopping center located at 11900 Atlantic Boulevard.

No injuries were reported from the incident, but a party volunteer told Jacksonville’s Channel 4 news that she was almost hit.

“It happened so quickly,” Nina Williams, the volunteer, told the news station. “I just barely got out of the way.”

Law Enforcement has been notified. Be careful tough guys who you play with! https://t.co/1Pq0hOrzy2

The Duval County GOP said on its Twitter account that volunteers “narrowly avoided” being struck by the van.

The party also said that the man stopped the van after driving away and then paused to take a video or photo with his phone. The volunteers said he flipped the group off before leaving.

Rubio and Scott, who are Republicans, said on Twitter the attack appeared to be politically motivated.

Thanking God that no one was injured in today’s politically motivated attack against @DuvalGOP volunteers today. https://t.co/qKaJ8takNB

This appears to be a politically-motivated attack on hard-working volunteers in Duval County. Thankful that no one was hurt. @DuvalGOP will not be silenced or intimidated. They will redouble their efforts to support strong Republicans in NE Florida and around the state! https://t.co/F4Qi7hk7CR

“We don’t know if this is politically motivated. We’ve got detectives coming out,” Lt. Larry Gayle told the local news station.

“We’re following up on information and trying to determine if we can identify this person right now,” he continued.