A new paper in the European Journal of Epidemiology that analyzed 168 countries and 2,947 U.S. counties found that higher vaccination rates were not associated with fewer COVID-19 cases. 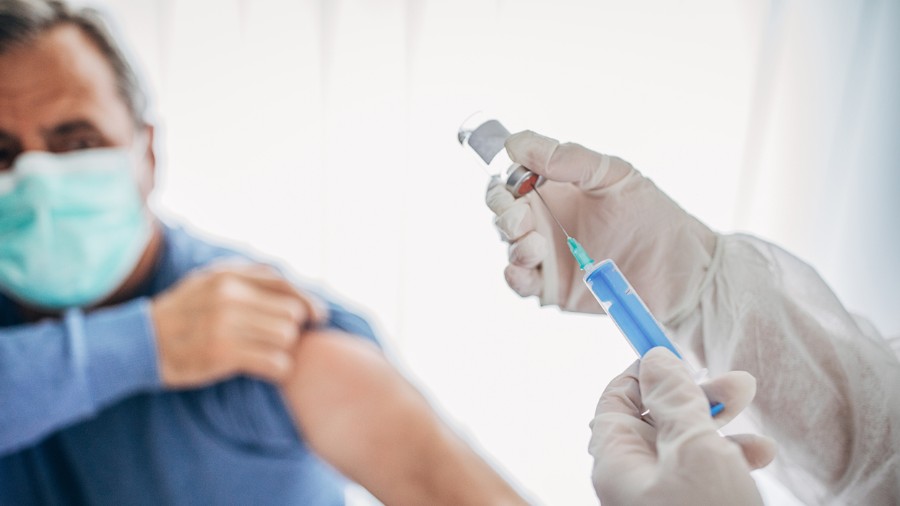 On Friday, the San Francisco Chronicle published an article noting that California has some of the lowest COVID-19 case rates in the U.S., even though the Golden State’s vaccination rate lags many states that are currently struggling with the Delta variant.

“One clear example is the New England states of Vermont and Maine,” the Chronicle reported. “Relatively shielded from the worst of the nation’s previous surges, they have struggled against the Delta variant, which has sent their case rates soaring.”

Yet, as the Chronicle points out, despite its high vaccination rate, Vermont recently set its single-day case record for the entire pandemic. And as of Oct. 1, Vermont’s seven-day average case rate per 100k people was 30 — triple that of the Bay Area.

California, the U.S. coronavirus hot spot early this year, in recent weeks has recorded some of the lowest case rates in the country — lower than some states that are more vaccinated.

One clear example is the New England states of Vermont and Maine. https://t.co/1jz4gEgzoy pic.twitter.com/00UUCsy7JW

New @sfchronicle article explores why many US states with the highest vaccination rates also have the most cases.

They're right that natural immunity plays a role, but a new European study offers better evidence: "Increases in COVID-19 are unrelated to levels of vaccination" pic.twitter.com/PFq1WzGuFN

What the Vaccines Do — and Don’t Do

There is widespread agreement among scientists that COVID-19 vaccines are highly effective at reducing the risk of developing severe COVID symptoms, which can result in hospitalization and death.

While scientists concede that the vaccines cannot stop transmission, many contend they still reduce transmission of the virus.

“We are confident vaccination against COVID-19 reduces the chances of transmitting the virus,” Johns Hopkins epidemiologists M. Kate Grabowski and Justin Lessler argued in The Daily Beast.

Other scientists are less sure, and a new study suggests their skepticism may be warranted. The study, published last month in the European Journal of Epidemiology, a monthly peer-reviewed medical journal, examined 168 countries and 2,947 counties in the United States and concluded that higher vaccination rates are not associated with fewer COVID cases.

“At the country-level, there appears to be no discernable relationship between percentage of population fully vaccinated and new COVID-19 cases in the last 7 days,” the researchers concluded. “In fact, the trend line suggests a marginally positive association such that countries with higher percentage of population fully vaccinated have higher COVID-19 cases per 1 million people.” (emphasis added)

At the county level, the researchers said, there “also appears to be no significant signaling of COVID-19 cases decreasing with higher percentages of population fully vaccinated.”

The findings do not suggest people shouldn’t get vaccinated. Again, there’s robust evidence showing vaccines reduce the risk of severe symptomatic COVID-19 reaction. What the research does suggest, however, is that vaccines are primarily a matter of personal health, not public health.

This is precisely what Dr. Jay Bhattacharya, a professor of medicine who studies epidemiology at Stanford, recently suggested. Bhattacharya noted that research indicates that the mRNA vaccines produced by Pfizer and Moderna offer abundant individual protection — Bhattacharya credits his own speedy recovery from COVID-19 to the vaccines — but don’t contribute to herd immunity or improve public health.

With every passing day, the case for vaccine mandates grows weaker and weaker.@SenatorBrakey highlights data from @DrJBhattacharya to show that an abundance of scientific research undermines the justifications for #Covid_19 vaccine mandates.https://t.co/V7BoxGHLLz

Just out: A wide-ranging conversation between me and @ThomasEWoods on the southern summer case spike, herd immunity, what the vax can and can't do, and why mandates are bad for public health.https://t.co/76b8lTAkJV

The findings published in the European Journal of Epidemiology help explain why U.S. states such as Vermont and Maine are suffering massive case outbreaks despite their high vaccination rates. (Public health experts also point out that California has much higher levels of natural immunity than its eastern counterparts, the Chronicle reports.)

But it doesn’t explain why so many continue to maintain that the vaccines reduce transmission of the virus as well as offer protection to individuals — despite an abundance of evidence (both empirical and anecdotal) to the contrary.

One explanation may be found in an observation from economist Ludwig von Mises.

Mises famously observed that much of the strife in the modern world is a struggle over who designs the world, authorities or individuals. As Mises put it, we can either have “the democratic process of the market, in which every individual has his share, [or] the exclusive rule of a dictatorial body.”

If getting vaccinated is simply a matter of individual health, there is little reason for “the planners” (as Mises called them) to exercise control over the public. It would be akin to requiring individuals to have cancerous tumors removed in the name of “public health.”

But if not getting vaccinated is a threat to public health, or “society,” then central planners have their reason (if not a valid justification) to exercise control over society.

Reminder: @SouthwestAir accepted $3.2 BILLION from taxpayers. That money kept its pilots employed during the pandemic. It also made @SouthwestAir the first airline to post a profit. And now, apparently, many of those pilots don’t want to help society by getting vaccinated.

In other words, evidence that shows COVID vaccination is primarily about individual health runs counter to the raison d’etre of the planners, which is to exercise their plan over society.

“What those calling themselves planners advocate is not the substitution of planned action for letting things go. It is the substitution of the planner’s own plan for the plans of his fellow-men,” Mises argued in Planned Chaos. “The planner is a potential dictator who wants to deprive all other people of the power to plan and act according to their own plans. He aims at one thing only: the exclusive absolute pre-eminence of his own plan.”

For people trying to understand why for the first time in modern history public health officials are trying to combat a respiratory virus by coercing healthy individuals to take their desired actions — and in many cases lose their job and basic freedoms if they do not — Ludwig von Mises is required reading.

There is a lot to learn from this graph, but most obviously, the COVID vax does not stop infection.

So what is the argument for mandates? https://t.co/52JSrEEAyl