US Throws Nigerian Christians to the Wolves 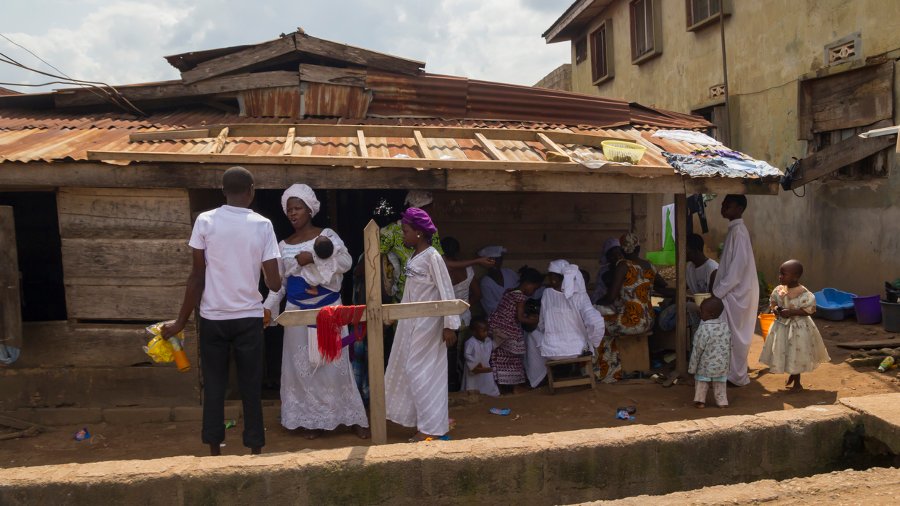 Imagine knowing that the very act of going to a religious service would likely result in violence and death. In Nigeria, churches have been sent warning letters instructing them to shut down or face “ferocious” attacks. That’s some Christmas card! In a perhaps not unrelated event, just before Thanksgiving, as U.S. Secretary of State Antony Blinken was set to arrive in Nigeria as part of his tour of Africa, the country was cruelly and infuriatingly de-listed from the roster of Countries of Particular Concern for Religious Freedom by the U.S. State Department.

In 2014, much of Bishop Mamza’s diocese was devastated by Boko Haram marauders. As the region was occupied by the Islamist terrorist group, members of his flock fled, leaving their whole lives behind. Some of them were able to go back in 2016, but there was nothing there for them. Their homes and farms had all been destroyed.

Mamza says he is hard-pressed to find a family that has not lost someone to that murderous violence — he lost his elder brother, cousins and uncles. He says people are traumatized — and they remain surrounded by people who hate them.

The religious freedom designation exists for countries where there are “systematic, ongoing egregious violations of religious freedom, among other cruelties to the human person because of religion. The bipartisan United States Commission on Religious Freedom (USCRF) immediately said it was “appalled” by the move. The USCRF exists in part to advise the U.S. government about the list, and the State Department ignored its recommendation to keep Nigeria on the list.

“How is Nigeria different than the Nigeria of two years ago?” Mamza asks. “The persecution here is more intense now than ever.” He asks the U.S. State Department to explain what data they used, because it’s not reflective of the facts on the ground. He is saddened that the Biden administration didn’t actually talk to Christians in Nigeria before making its move.

Eric Patterson of the Religious Freedom Institute also warns against explaining away the violence in Nigeria as something other than religious. Listen to the perpetrators, he says — they say their motivation is religious — they want Christians dead.

The Religious Freedom Institute recently held a virtual panel that should embarrass all Americans. It was called “America’s Indifference to the Plight of Nigerian Christians: A Conversation about U.S. Policy.”

“There are a set of overlapping catastrophes happening in Nigeria,” Patterson said. “For more than a decade, Boko Haram, Islamic State of West Africa and criminal and terrorist organizations have murdered 90,000 of their fellow citizens — their fellow Sunni Muslims, the Shia minority and Christians.”

The U.S. ambassador to Nigeria has dismissed concerns about the violence against Christians. During the Religious Freedom panel, Nina Shea from the Hudson Institute pointed out that we are watching “a growing spreading, bloodied disintegration of northern Nigeria.” If it continues unabated, it will both destabilize the country and radicalize it, and “create incalculable human misery.”

“This is a U.S. national security threat,” Shea says, “that the United States is completely missing.” She says the delisting of Nigeria is a “betrayal” for what we stand for as a country.

Remember these long-suffering people this Christmas. You can watch a short video on the YouTube of the Religious Freedom Institute — look in the faces of some of the people we have abandoned — and witness the courage of Bishop Mamza, who says God will bless you for your prayers. Keep an eye on what is happening and educate people to create moral pressure for our government to undo this injustice.

Get Used to the Heat and Get in the Kitchen