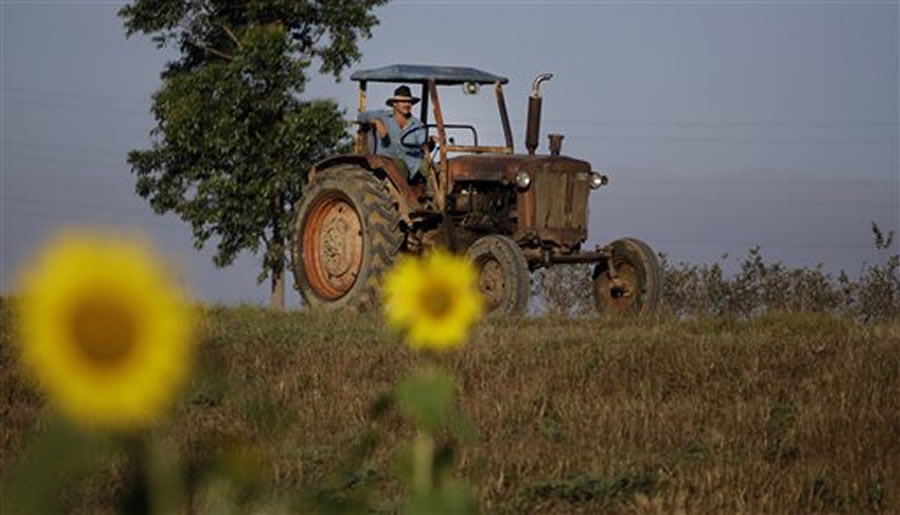 In this Feb. 22, 2011 file photo, a farmer drives his tractor in Pinar del Rio, Cuba. The Obama administration has approved the first U.S. factory in Cuba in more than half a century, allowing a pair of former software engineers to build a plant assembling as many as 1,000 small tractors a year. The partners were notified by Treasury Department officials this month.

By MICHAEL WEISSENSTEIN Published on February 15, 2016 •

This article is available to read at the Associated Press Archive Link here: http://www.apnewsarchive.com/2016/The-Obama-administration-has-approved-the-first-U-S-factory-in-Cuba-in-more-than-half-a-century-allowing-a-pair-of-former-software-engineers-to-build-a-plant-assembling-as-many-as-1-00/id-425105615dbf4a0c91c9d2df75726b0b