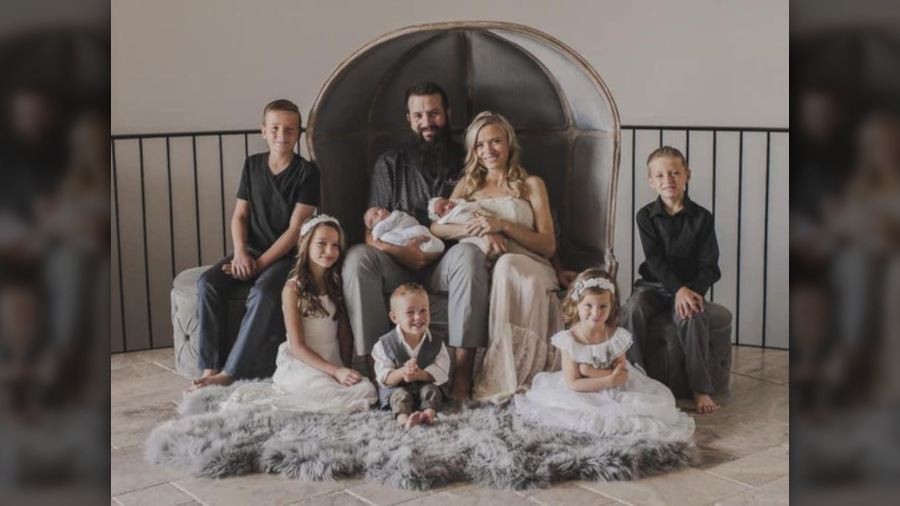 Dawna Langford and her family. Langford has been identified as one of the women who were killed.

A caravan of Mormon fundamentalists fled for the U.S. over the weekend following a deadly massacre that left nine members of their community dead.

In the Mexican community of La Mora, roughly 100 members of a Mormon fundamentalist group packed up into 18 vehicles and left for the U.S. Saturday morning, CNN reported. Their decision to leave came after gunmen murdered nine people, which included three women and six children, while they were traveling near the U.S.-Mexico border on Nov. 4.

“We’re not going to live at the mercy of these cartels,” said Lafe Langford, a relative of those who were killed. “If we don’t see a way we can live here, we’re done.”

“All of our hearts are hurting, not just with who we lost, but because what’s been a paradise for the Langfords for 50 years has suddenly become a place where most don’t feel safe,” said Kendra Lee Miller, another family member of the victims. “Whether it will be [safe] or not, it’ll never be the same again.

Many of those who left said they will never return, despite their long history in the area. This Mormon community, an offshoot of the Church of Jesus Christ of Latter-day Saints, fled the U.S. for Mexico following the LDS Church’s ban on polygamy in the late 1800s and had remained ever since.

Many members now say Mexico, which is witnessing intense cartel violence and a rise in murders, has simply become too deadly a country to live in. While they have had run-ins with drug cartels in the past, the massacre earlier in November marked the most horrific incident for them.

Family members were traveling in three vehicles between the Mexican states of Sonora and Chihuahua on Nov. 4 when they were ambushed by gunfire. A relative of some of the victims said there were likely two separate attacks and carried out by the same drug cartel. The onslaught of gunfire killed some, while others were trapped inside burning vehicles. Of the nine who were ultimately killed, two were infants.

The Mexican government has since arrested one individual it believes is tied to the massacre, but questions remain as to why the Mormon community was targeted. Authorities suspect the attack was a result of mistaken identity, but others believe they may have been specifically targeted.

The town that was long inhabited by the Mormon community is now left mostly barren. Langford told CNN that, of the 45 homes in La Mora, fewer than a dozen remain occupied. Those fleeing are seeking refuge with family members in Arizona, Utah, Louisiana, North Dakota and other places in the U.S.

There are a few, however, that are vowing to remain.

“When we face a tragic event like this, we don’t run,” Lienzo Widmar, a relative of the victims, said to CBS. “We seek answers. We try to solve it.”