The Department of Justice’s message is a masterpiece of sexual-revolution propaganda. 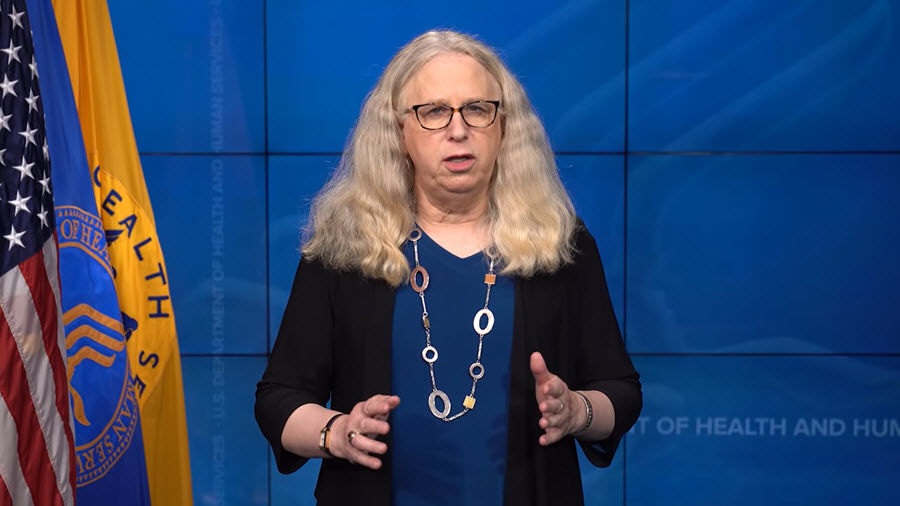 The U.S. Department of Justice recently released a special “Back to School” message on its YouTube channel. Why, you may ask, is the Department of Justice, the top law enforcement establishment in the most powerful country in the world, producing a back-to-school message?

They are welcoming the “transgender students.” Superficially, it looks warm and friendly. But beneath the surface lies a masterpiece of sexual-revolutionary propaganda: This is the Sexual State at work.

It begins harmlessly. Acting Assistant Secretary for Civil Rights Suzanne Goldberg smiles into the camera and assures us that lots of kids have anxieties about a new school year. After establishing this rapport with the viewer, she continues, “If you are transgender, perhaps you’re worried about simply being accepted and safe and treated with respect as you head into the new school year.” As if this is an obvious issue in schools festooned with “Safe Space” stickers and trans-supportive signage.

Superficially, it looks warm and friendly. But beneath the surface lies a masterpiece of sexual-revolutionary propaganda: This is the Sexual State at work.

Likewise, Assistant Attorney General Kristen Clarke for the Civil Rights Division starts off nicely enough, acknowledging that “many schools are doing their best to make schools safe and welcoming places for all students, including LGBTQI students.” But then the tone darkens. That is not the case for everyone, she intones, “including, perhaps you.”

“All Those Terrible People”

With this phrase, this high-ranking official of the federal government is making an alliance with the student: “In some places, people are putting up obstacles, to keep you from playing on the sports field, accessing the bathroom and receiving the supportive and life-saving care you may need.” In other words, “all those terrible people who oppose our agenda are threatening your health and well-being.”

Then the hammer drops: “We’re here to say that is wrong. It is against the law.” In other words, the Department of Education and the entire federal government stand behind you. The video tells students where they can file a complaint.

Some students who adopt a transgender identity are on the autism spectrum. Many adolescents feel out of place and socially awkward. When they “come out” as trans, they suddenly have friends and support. Now, they learn that the federal government “has their back.”

Many public and private schools have GSAs, defined originally as “Gay Straight Alliance,” but more recently defined as “Gender and Sexuality Alliances.” In many schools, these clubs have more posters and promotions on the school grounds than any other club.

Who exactly, then, is likely to file a complaint?

Who is the Real Bully?

Perhaps a child in a state that is trying to resist the trans-juggernaut by passing laws allocating bathroom use and athletic participation according to the sex of the body. The self-identified trans kid who makes a complaint can become the focus of a test case. Maybe some rural schools somewhere are still “holding out” against the gender ideology. The federal government can step in and get the school district in line with a lawsuit or even the threat of a lawsuit.

The schools are often more supportive of the child’s desires than their parents. The schools assist the child in obtaining medical interventions designed to change or disguise the sex of the body. Parents already fear losing a child to child protective services over these issues. The child filing a complaint to the federal government can bully the parents into submission.

Speaking of bullying, Dr. “Rachel” Levine, Department of Health and Human Services Assistant Secretary for Health, had a lot to say about bullying in this video. Levine is a man who says he’s a woman. I wonder if he is equally concerned with all forms of bullying. Kids on the autism spectrum get bullied over their social awkwardness and other symptoms. That is why they sometimes feel better temporarily when they decide to label themselves “trans.” The kids at school fawn over them.

How about the kids who get bullied for their religious beliefs? Or their appearance? What about the girls who feel manipulated into sexting their boyfriends and then get taunted when those boys show the photos all over school? How about the female students who feel unsafe sharing a restroom with male students who claim to be female? None of these children receive a video message from the Department of Justice promising to protect them.

One thing is for sure: The Sexual State will not allow parents, states and localities to make their own decisions, pass their own laws, or adapt to the wishes of their own people. The Sexual State, captured by ideologues, is here to enforce the brave new world where no one is bound by the sex of their bodies.

The Justice Department is telling the American public: No debate is permitted on gender ideology. We have framed and answered all the questions to our satisfaction.

This video sends an unmistakable message from the Sexual State: “We intend to enforce our ideology, like it or not. We stand ready to use children as enforcers. We want children to rat out their parents and their teachers. They cannot trust the adults who are part of their lives, such as their teachers or pastors. They cannot trust the people who gave them life, their parents. We want every child to see us and us alone, as their savior and protector.”

Make no mistake. The “transgender movement” is not a grassroots movement. This “movement” is the artificial creation of the elites, who have captured the power of the state to remake the world in their own image and gender-fluid likeness. Without the full force of the federal government crushing dissent, this movement would have no legs. Period.

Welcome back to school.

Jennifer Roback Morse, Ph.D. is founder and president of the Ruth Institute, which helps the victims of the Sexual Revolution recover from their experiences and become advocates for positive change.