Chicago's aviation officers are not part of the regular police force. 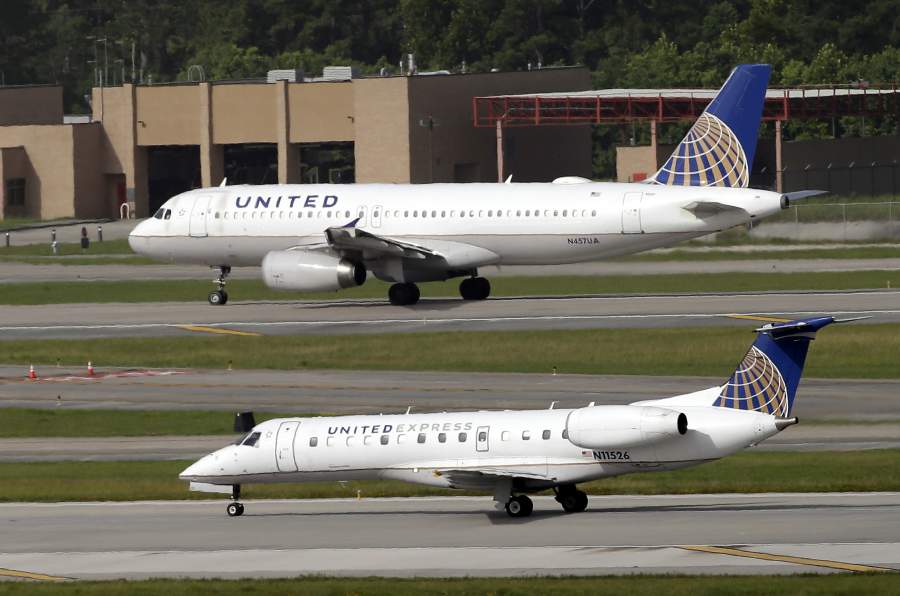 FILE - In this July 8, 2015, file photo, United Airlines and United Express planes prepare to takeoff at George Bush Intercontinental Airport in Houston. After a man was dragged off a United Express flight on Sunday, April 9, 2017, United Airlines became the butt of jokes online and on late-night TV. Travel and public-relations experts say United has fumbled the situation from the start, but it’s impossible to know if the damage is temporary or lasting. Air travelers are drawn to the cheapest price no matter the name on the plane.

This article is available to read at the Associated Press Archive Link here: http://www.apnewsarchive.com/2017/The-video-of-a-man-being-dragged-off-a-United-Express-flight-turned-an-unwanted-light-on-the-little-known-police-force-that-guards-Chicago-s-two-main-airports-and-could-threaten-the-agen/id-1d60501def544e8aa8e24f4a9bf7284b