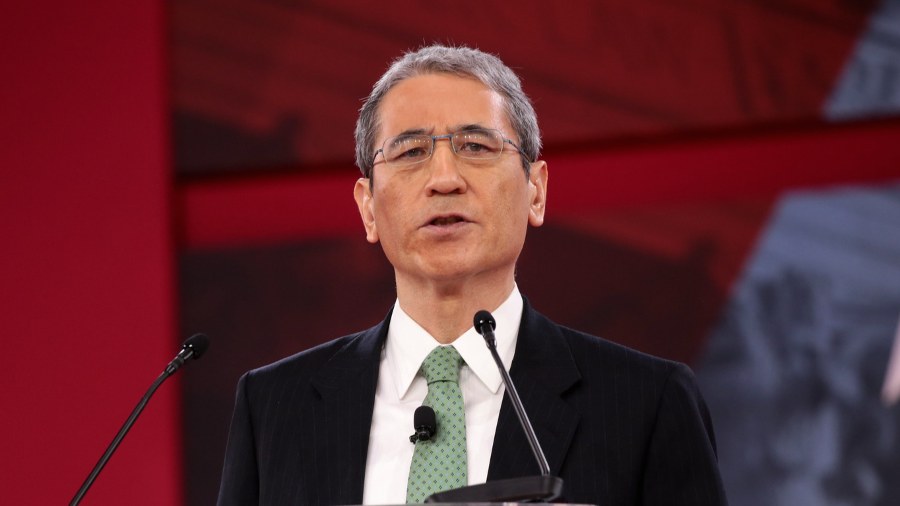 Gordon Chang, expert on China and author of The Great U.S.-China Tech War, appeared on Tucker Carlson Tonight Monday to speak further on the likelihood that Dong Jingwei, the 57-year-old head of counterintelligence for the Chinese Ministry of State Security, had flown from Hong Kong to California on February 10 and defected to the U.S. Defense Intelligence Agency, bringing with him a treasure trove of secret information.

Chang reiterated that he thinks the story is true.

China Hasn’t Paraded Dong in Front of the Cameras

China is denying that this happened, of course, and both Beijing Daily and the Hong Kong publication South China Morning Post have reported that Dong is in China doing whatever spooky things he normally does in the land of Chinese spooks, such as giving presentations at spy-catcher seminars.

Chang does not believe their reports, as “China has every reason in the world to parade this guy in front of the cameras. That would squelch all sorts of rumors that are damaging to the regime. Now, China hasn’t done that, and that to me says that we have him, and that he, in fact, defected.”

Incidentally, the South China Morning Post story makes reference to the “new anti-espionage regulation released in April” that applies to “not only Chinese government departments, but also social groups and businesses, supplemented with lists of Chinese entities that are assigned counter-espionage responsibilities.” This onerous new law has received very little press in the United States, so I’m taking the opportunity here to describe it. Under this law, once entities have been designated by the government, they’re required to watch for and prevent foreign espionage activity. They must “vet and train personnel, particularly ahead of foreign trips, after which they must be debriefed about any national security issues.” This law treats even universities and private businesses as if they’re “sensitive government agencies.”

A Change of Tune on the Origin of the Virus

More on this soon, but for now, back to the Chang interview. Tucker brought up the fact that the media are suddenly changing their tune on the origin of the virus, as if they knew … somehow … they could no longer get away with spouting their original fairy tale about bat soup. And Chang noted what seems to be a similar shift of opinion among officials of the Biden administration. This story out of Australia mentions that same shift as evidence that the defection probably happened.

Chang said this could be due to any of a number of things, perhaps political pressure, but he thinks it’s because they now have evidence of a leak from the Wuhan Institute of Virology.

Tucker brought up the fact that the media are suddenly changing their tune on the origin of the virus, as if they knew … somehow … they could no longer get away with spouting their original fairy tale about bat soup.

Even more important is the information that the Chinese military was working with that lab as part of its bioweapons program.

As for China intentionally releasing the virus, Chang believes this scenario is possible but unlikely, given that they didn’t yet have a vaccine. He thinks it was a mistake, and that China “wasn’t able to contain it.” On the other hand, he noted that while foreigners typically believe the leak was accidental, Chinese nationals are more likely to think it was released on purpose. They know their government all too well.

We came across another report from that same Australian news outlet that provides a lot of context for this alleged defection. It says that no “convincing” photo of Dong has been released since last September, and the one that’s purported to be him isn’t persuading anyone. This story also includes some intriguing background on Dong’s daughter.

All we’d seen in the press about Dong Yang was that she’d been studying at a California university, but now there’s more: She’s reportedly the ex-wife of Alibaba executive Jiang Fan. Alibaba, an international tech firm, has been in the crosshairs of the CCP in recent months. The company is being scrutinized for alleged “antitrust” and “corruption” issues. Jack Ma, Alibaba’s CEO, “disappeared” for several weeks earlier this year.

Crackdown by the CCP

Since that time, Ma has reportedly “embraced supervision.” (Ah, there’s a euphemism for you.) And he rarely appears in public or makes public statements. The CCP appears to be cracking down in general on billionaires and academics. Interesting case in point: at the same time we were hearing denials of a nuclear accident of some kind at the China Taishan power plant, one of its leading nuclear scientists, Vice President of Harbin Engineering University Zhang Zhijian, reportedly “fell” from his building. No details were given.

Another billionaire, the chairman of a Chinese high-tech firm, got in hot water and was ordered to “keep a low profile” after publishing a historic poem as part of a media campaign. This poem was critical of an ancient emperor. In China, criticism of emperors is banned on social media, as it could be interpreted as criticism of their current leader-for-life, Xi Jinping.

(Wow, you thought censorship on American social media was bad! On the other hand, this story gives us a peek at just how bad it can get, and almost certainly WILL get if we don’t weaken the power of Big Tech.)

Another billionaire, this one in agriculture, lost control of his business after being arrested over a minor property dispute. He’s since been charged with “seeking quarrels and provoking trouble.”

So our speculation is that this kind of crackdown by the CCP might have had some impact on Dong’s daughter, considering her ties, and might even have something to do with the defection. Just a hypothesis. We’ll see if anyone else makes this connection.

“Nailed to the Pillar of Shame in History”

I’ll leave you with the words being (falsely?) attributed to Dong from that seminar, as they relate to the way China is cracking down on business moguls and, ironically, might even describe what Dong himself has done by defecting: “In particular, some individuals are willing to be ‘internal traitors,’ secretly colluding with foreign spies and intelligence agencies and hostile forces to engage in anti-China activities. Individuals ‘act behind the scenes’ and send funds to hostile forces through illegal channels to support anti-China activities. These ‘traitors’ and behind-the-scenes gold masters have severely endangered the country’s political security. They will eventually be nailed to the pillar of shame in history.”

Translation: we need to keep this man, and his daughter, safe.