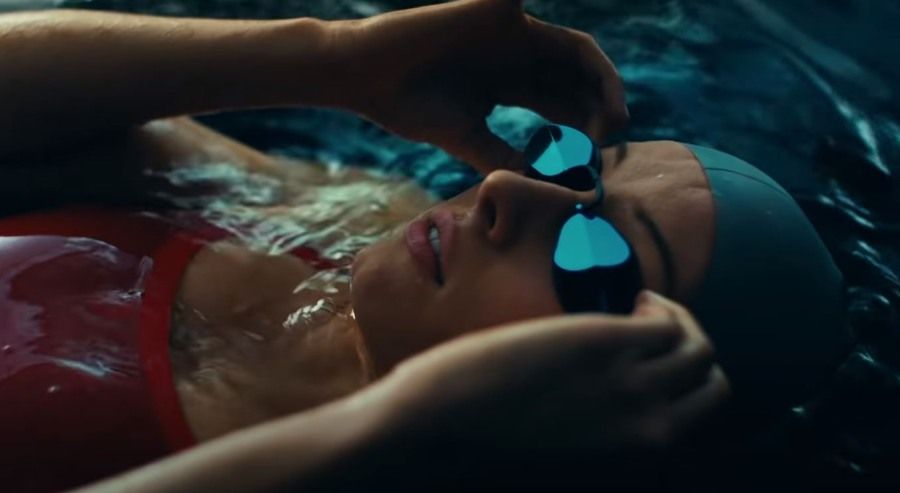 “We found a baby girl for your adoption, but there are some things you will need to know. She’s in Siberia, and she was born with a rare condition. Her legs will need to be amputated. I know this is difficult to hear. Her life, it won’t be easy.”

This was part of one of the Super Bowl commercials this year, from Toyota. It was the story of Jessica Long, an adoptee who went on to become a champion Paralympian swimmer. I don’t know if the people behind the ad knew what they were doing — I assume they set out to merely tell an inspiring story while selling a product. But what they created was a challenge to our current culture.

The message was pro-adoption and pro-life in the best of ways. This wasn’t a Focus on the Family or a March for Life Foundation — i.e., activist — production. This was a car company presenting an obviously uplifting story. It turned out to be one that points to healing possibilities. Let’s look at human faces. Let’s see what love can do.

In “A Long Way Home: The Jessica Long Story,” a NBC Sports short documentary, viewers journey with the swimmer back to the Russian orphanage where her father picked her up as a newborn. Next stop: Her parents. Her birth mother was an unmarried 16-year-old when she found out she was pregnant. Upon meeting her birth parents, Long felt a wholeness, as if two separate parts of her life were merging.

There is so much hope in her story, for all involved — even acknowledging the pain of separation and loss. High on the list of reasons for hope is: There is a way for a child who has disabilities to live and succeed. Success has many flavors and, of course, won’t always be of the kind Long has managed. But human life has value. It is a gift. This is about basic human rights. But the gift of faith doesn’t hurt — Long has said God is her strength and clearly had a plan from the beginning.

Love is an act of the will. And a woman who fears having a child and yet makes a plan for her child to live is heroic. Birth mothers are heroines, plain and simple. We should help them every step of the way. And we should let them know that they have done something heroic in this culture.

Adoption is a Wonderful Thing

In the NBC Sports short film, Long explains that she wants her birth parents to know that she’s not angry she wound up in an orphanage. Like other children who were adopted I’ve talked to over the years, she is grateful. “I’m not upset,” she says. “I think that was really brave. … I have so much love for her, my mom, because she gave me life.”

In an interview for Celebrate Life magazine, Long said: “If my mom had not given me up, I wouldn’t be where I am now. … And so, I really hope that people see my story and realize that adoption can be a wonderful thing.”

She acknowledges, too, that her story isn’t typical. “I got a lot of sweet messages about healing. … Not every situation is going to be as happy as mine ended up being. It was pretty rare that my (birth) parents still ended up being together and then having three more children. … I hope that for some people, it helped them to forgive and to learn from it.”

And, oddly enough, because of a Super Bowl commercial, we ought to learn too: that life is possible even in the most arduous circumstances. And it can be beautiful if we care enough to love.