United Raising Limit on Payments to Bumped Flyers to $10,000

The major airline is vowing to reduce, but not eliminate, the overbooking that led to a passenger being violently dragged from his seat earlier this month. 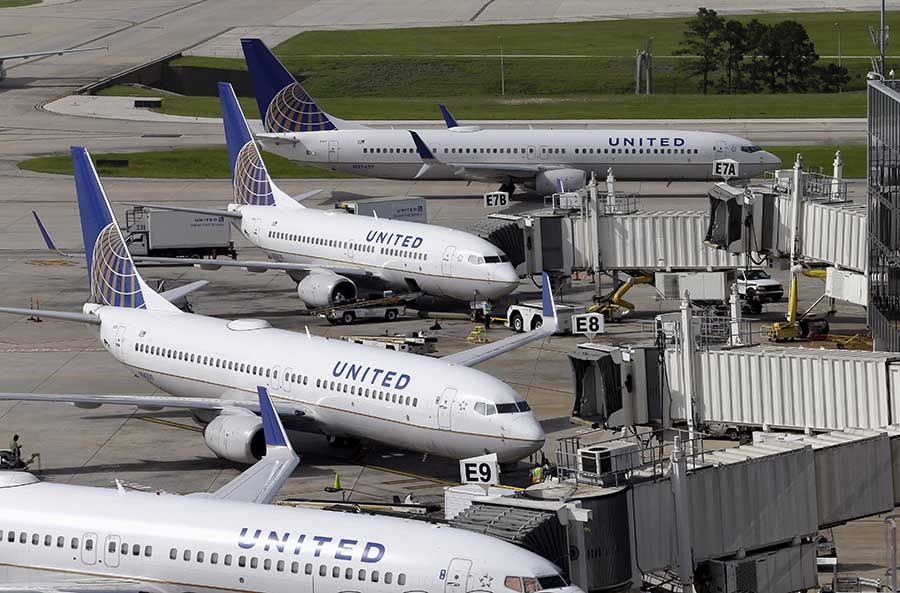 FILE - In this July 8, 2015, file photo, United Airlines planes are parked at their gates as another plane, top, taxis past them at George Bush Intercontinental Airport in Houston. United Airlines says it will raise the limit to $10,000 on payments to customers who give up seats on oversold flights and will increase training for employees as it deals with fallout from the video of a passenger being violently dragged from his seat.

This article is available to read at the Associated Press Archive Link here: http://www.apnewsarchive.com/2017/Passengers-on-future-United-Airlines-flights-will-be-given-more-of-an-incentive-to-give-up-their-seats-when-the-plane-is-oversold/id-63a0372bc9284552ab9100a663c011a4

Stores Usher Black Friday With Easier Ways to Get Deals

US Unemployment Rate Falls to 49-Year Low of 3.7 Percent

Trump: ‘Trade Wars are Good, and Easy to Win’