In this interview conducted by The Christian Post, Ryan Anderson of the Heritage Foundation discusses his new book, When Harry Became Sally: Responding to the Transgender Moment. 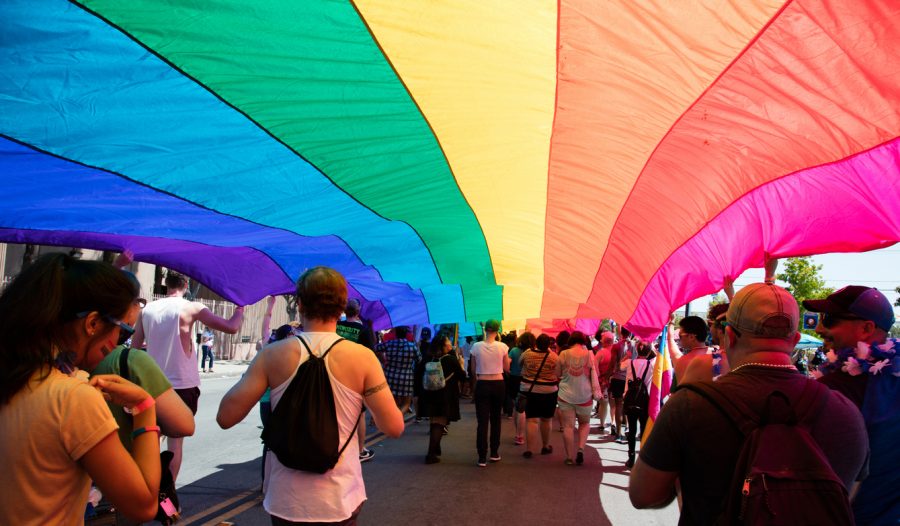 The following interview was conducted by The Christian Post and has been republished with permission.

How did we get to this point in our country where a child decides what gender they should be? In your opinion, what was the pivot point?

The immediate pivot point was Obergefell v. Hodges. After LGBT activists had redefined marriage, they immediately turned to redefining sex and gender. It’s no coincidence that the Obama Department of Justice/Department of Education “Dear Colleague” letter on bathrooms and locker rooms was issued when it was.

The longer-term pivot has its roots, oddly enough, in second-wave feminism. Chapter 7 of my book, When Harry Became Sally: Responding to the Transgender Moment, goes through this intellectual history. It explains how first-wave feminism was a campaign to liberate women from an overly restrictive concept of gender, so they could be free to fulfill their nature, but it gave way to a movement seeking to make women identical to men.

From the error of inflexible sex stereotypes, our culture swung to the opposite error of denying any important differences between male and female. The result is a culture of androgyny and confusion.

An agenda of nullifying the distinction between men and women might seem opposed to the insistence on the absolute reality of transgender identity — i.e., an inner sense of being truly male or female — yet both start by severing gender from biological sex.

“It’s the children who are now leading us,” the director of mental health for the Child and Adolescent Gender Center at the University of California, San Francisco said in an interview with The Washington Post. The Child and Adolescent Gender Center treats children as young as 3. Have we become so numb as a country and as a people to not see anything wrong [with] this scenario?

I cite that quote in my book. It’s truly amazing. It entirely ignores the reality that children need assistance in the difficult process of sexual maturation. They need parents.

As new gender ideologies are promoted throughout America, the lies will impact not only those who suffer from gender dysphoria, but all children who need to mature in their self-understanding as a boy or girl, man or woman, a potential husband or wife, father or mother.

We should be tolerant — indeed, loving — toward those who struggle with their gender identity, but also be aware of the harm done to the common good, particularly to children, when transgender identity is normalized.

Transgender activists are not merely asking for tolerance or kindness. They are demanding affirmation, not just from adults but from children and adolescents who are already challenged by the process of sexual development.

In a culture where transgender identities are not only affirmed but celebrated, everyone will be compelled to construct their own gender identity, unaided by a common understanding of sex differences and why they matter.

A 12-year-old boy who transitioned in Australia told his mother he changed his mind. Isn’t this a prime example that children should not be allowed to make these decisions?

Children develop best when parents and professionals help them understand and accept their embodied selves as male or female. Chapter 6 of When Harry Became Sally focuses on gender dysphoria in children and the experimental therapies that have rapidly become commonplace.

As recently as 2012, The Washington Post reported that “the very idea of labeling young children as transgender is shocking to many people.” Starting a young child on a process of “social transitioning” followed by puberty-blocking drugs was virtually unthinkable not long ago, and the treatment is still largely experimental.

Unfortunately, many activists have given up on caution, let alone skepticism, about drastic treatments. They assert that puberty blockers are safe and reversible, but in fact these drugs carry long-term health risks, and development occurring at age 16 that usually happens around age 10 cannot be considered normal.

There are psychological consequences, too, since blocking puberty may interfere with the developmental mechanism that normally helps children accept themselves as male or female.

A more cautious therapeutic approach begins by acknowledging that the vast majority of children with gender dysphoria will grow out of it naturally. An effective therapy looks into the reasons for the child’s mistaken beliefs about gender, and addresses the problems that the child believes will be solved if the body is altered.

Many physicians have found that other psychosocial issues usually lie beneath the child’s false assumptions, and thus effective therapy focuses on remedies for those issues. Chapter 6 of my book concludes with case studies of children who received effective therapy that offered strategies for accepting themselves.

Gender-confirmation surgeries are on the rise, but so are reversals, according to Newsweek. What are your thoughts?

The most difficult chapter of the book for me to research and write was the chapter on people who have detransitioned. Chapter 3 presents the stories of several people who found that transitioning didn’t bring the peace and wholeness they sought, but only new problems.

The stories of detransitioners complicate the sunny picture frequently presented in the media. Many of these people recall a feeling of being pushed into transitioning, as if there were no other options, and they wish that medical professionals had made an effort to help them understand the deeper psychological issues that alienated them from their body.

Many regret the permanent damage done to their bodies, and some who transitioned as teenagers believe they were not mature enough to make such consequential decisions. Some feel that their dysphoria resulted from social hostility to people who don’t conform to gender norms or who have same-sex attractions.

In this light, social conservatives (including myself) should take care to be respectful and compassionate toward people who we may disagree with. We should also call on transgender activists to stop trying to silence detransitioners.

As the book went to press, The Telegraph (based in the United Kingdom) ran a report with the headline: “Sex change regret: Gender reversal surgery is on the rise, so why aren’t we talking about it?” The answer to the question is political correctness. But it’s better to be correct than politically correct where human lives are concerned.

You said sex changes are based [on] ideology, not science. How so?

The simple reality is that you can’t change your sex. There is no way to “reassign” sex because sex isn’t “assigned” in the first place. The best biology, psychology, and philosophy all support an understanding of sex as a bodily reality, and of gender as a social manifestation of bodily sex. Biology isn’t bigotry.

The most effective therapies for gender dysphoria do not try to remake the body to conform with thoughts and feelings — which is impossible — but rather to help people find healthy ways to manage their tension and move toward accepting the reality of their bodily selves.

Contrary to the claims of activists, sex isn’t “assigned” at birth. It’s a bodily fact that can be recognized well before birth with ultrasound imaging. The sex of an organism is defined by its organization for sexual reproduction. Secondary differences between the two sexes — attributes that may be visibly altered by hormone treatment — are not what make us male or female.

As I explain in When Harry Became Sally, it’s impossible even to make sense of the concept of sex apart from the ways our bodies are organized for reproduction. That organization starts to develop well before birth.

Chromosomal and hormonal pathologies may disrupt normal development, though in fact these abnormalities have essentially nothing to do with transgender ideology — except insofar as activists want to relabel such abnormalities as mere “differences,” in an effort to normalize disorders.

You mentioned that “America is in the midst of what has been called a transgender moment.” What do you mean by this?

The subtitle of my book, When Harry Became Sally is “Responding to the Transgender Moment.” Some people think that’s a typo, that it should be “movement,” not “moment.” But I chose “moment” intentionally.

The transgender moment may turn out to be fleeting, but that doesn’t mean we should expect it to fade away on its own. We need to insist on telling the truth, and on saving lives from being irreparably damaged.

Where do we go from here?

What’s at stake in the transgender moment is the human person. If trans activists succeed in their political agenda, our nation’s children will be indoctrinated in a harmful ideology, and some will live by its lies about their own bodies, at great cost to themselves physically, psychologically, and socially. Lives will be ruined, but pointing out the damage will be forbidden. Dissent from the transgender worldview will be punished in schools, workplaces, and medical clinics. Trying to live in accordance with the truth will be made harder.

This doesn’t have to happen. Everyone can play a role in bearing witness to the truth and ministering compassionately to people in pain. For anyone who takes part in this important work, Dr. Paul McHugh offers some advice: “Gird your loins if you would confront this matter. Hell hath no fury like a vested interest masquerading as a moral principle.”