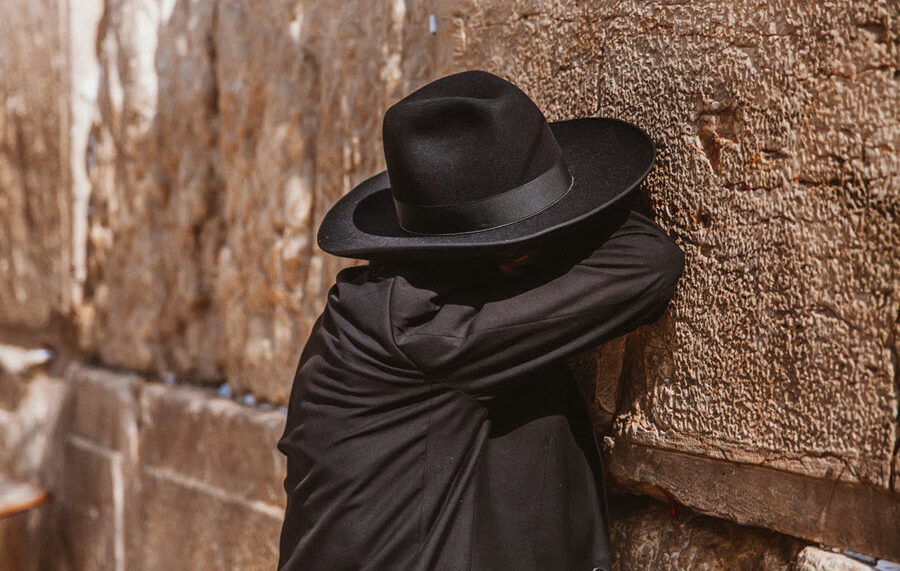 Note: This is Part 6 in the series, Understanding Israel’s War.

Israel finally had a homeland when it declared its independence on May 14, 1948. Surely things would now be easier. They were not.

When the U.N. also recognized Israel’s independence, the Grand Mufti of Jerusalem (its Muslim leader) declared:

The entire Jewish population in Palestine must be destroyed or driven into the sea. Allah has bestowed upon us the rare privilege of finishing what Hitler only began. Let the jihad begin! Murder the Jews. Murder them all!

The Arab countries launched an all-out effort to do exactly that.

At midnight, Jordanian troops (trained and led by British General John Glubb) crossed the Allenby Bridge and headed for Jerusalem. The next morning, Egypt bombed Tel-Aviv. The war of independence was on.

Within hours of Israel’s declaration of statehood, tens of thousands of soldiers from six Arab nations, armed with state-of-the-art British and French weapons, were arrayed against the men, women, and high-school students who made up the Israeli Army. The majority of those Israelis had never seen a day of real training, much less genuine battle. Forty-five million Arabs were intent on pushing 400,000 Jews — bunkered on a tiny strip of land that comprised only one-eighth of one percent of the 6.1 million square miles of the Arab lands — into the sea. Few gave the fledgling nation of Israel much hope for survival.

After ten days, the Israelis still had not buckled. In fact, they held part of Jerusalem and a secure corridor leading west to the coast, as well as the northern, southern, and western areas of the small land mass of their partition within Palestine.

Egypt held a small strip of land called Gaza (the southern part of Israel that adjoins the Egyptian border). The Jordanians held Judea and Samaria (Israel’s “West Bank”) as well as the eastern half of Jerusalem, which included the old city, the holy sites, the Western Wall, and the abandoned Jewish Quarter. Jerusalem, for the first time in its long history, was now a divided city.

The war continued sporadically for the remainder of 1948, but Jerusalem ceased to be a focus of any serious fighting. Early in 1949, Israel and Jordan negotiated an armistice, agreeing to divide Jerusalem. The U.N. voted that the city be placed under control of a U.N. mediator, but he was promptly assassinated. The Jews moved their parliament from Tel Aviv to Jerusalem, announcing that Jerusalem was the eternal capital of Israel.

Recognizing that Jerusalem could be kept under U.N. control only by armed force, the U.N. set aside its resolution. By 1950, a new arrangement was reached: the city of Jerusalem would remain divided — one side belonging to Jordan, the other to Israel, just as Israel and Jordan had already agreed.

Outside of Jerusalem, there were no internationally-recognized borders, so the 1949 armistice lines became the de facto borders of Israel. By the way, when politicians refer to “the ’67 borders” as the basis for a peace negotiation (as President Obama did in May 2011), they are referring to the original armistice lines — the places where the armies were when the bullets stopped flying in 1948 and that remained in place until 1967. But these lines reduce the nation of Israel to being only nine miles wide at its most strategic point — an untenable scenario for any nation to survive when surrounded by hostile enemies on every side, as Israel is.

Following the armistice of 1949, King Abdullah of Transjordan annexed the Jordanian half of Jerusalem and the West Bank to his kingdom. It is significant that he (or Egypt or Syria) could easily have given some of their newly-acquired land to the Palestinian Arabs among them, but they did not. The Palestinian Arabs did not want land from other Muslim Arabs; they wanted whatever land Israel was still holding.

Significantly, the West Bank and the other areas acquired by Jordan suffered greatly throughout the tenure of Jordanian occupation, for they were little more than a trophy for Abdullah. The Jewish quarter of East Jerusalem, which was in his control, lay in ruins. Nearly all of its synagogues, schools, and buildings had been destroyed in 1948, and remained that way. But Jewish West Jerusalem (unlike the Arab-controlled areas of Jerusalem) as well as the remainder of Israel flourished.

Significantly, both Arab and Jewish refugees were offered citizenship by Israel. And Jewish refugees from across the world, now having a relatively safe destination, streamed into Israel in such numbers that its population doubled within three years.

After the War of Independence

The Soviets had been initial supporters of Israel’s statehood, but when they began courting Arab interests in the Middle East, they withdrew their support. In 1955, they signed an arms deal with the Egyptians, and Egyptian President Nassar, emboldened by Soviet assistance, insisted that many of the British troops guarding the Suez Canal be pulled out. In 1956, he seized control of the under-protected canal, closed it to all international shipping to or from Israel, and blockaded the Straits of Tiran, effectively cutting off Israel from most of the world. He openly called for the destruction of Israel.

Britain and France mobilized against Egypt in a brief Sinai campaign, reopening the canal. The U.N. guaranteed it would keep the canal open, and for the next ten years there was an absence of war in Israel.

This did not mean, however, that all was quiet and safe inside Israel. Far from it, for there were frequent terrorist incursions into Israel by the newly created Palestinian Liberation Organization (PLO), led by Yasser Arafat. (Significantly, the 1964 charter document of the PLO openly calls for the destruction of Israel.)

These terrorist attacks, coming from Egyptian-held Gaza (the southern part of Israel that borders Egypt) and the Jordanian-held West Bank (Judea and Samaria), were calculated to provoke Israeli retaliation. If Israel responded, it would serve as justification for Arab powers to launch an all-out war with Israel.

The birth of Israel in 1948 was miraculous: it was a nation coming back to life after being absent from the world scene for 2,000 years. The Six Day War of 1967 was equally miraculous.

By the spring of 1967, the situation had markedly deteriorated. There were significant Syrian military buildups occurring in the Golan Heights (the Israeli-controlled region along the border with Syria).

On May 22, Nasser of Egypt once again blockaded the Straits of Tiran, closing off the Israeli port of Eilat, thus shutting down Israel’s supply of oil from the Persian Gulf. Israel considered this an act of war and notified the U.N. that if it was not prepared to uphold the peace treaty negotiated in 1956, that Israel would take matters into its own hands.

A week later on May 30, Jordan’s King Hussein signed a mutual defense pact with Egypt. Arab inflammatory rhetoric was increasing, including radio broadcasts calling for an all-out jihad to avenge 1948. Nasser of Egypt vowed to completely destroy the nation of Israel and push the Jews into the sea once and for all. War was inevitable.

On June 5, the Six Day War began, with Israel launching a preemptive strike on Egypt’s air force, effectively wiping it out. Simultaneously, Israeli ground forces attacked the Egyptian army amassed in the Sinai, virtually destroying Egypt’s capacity to fight. By the end of the second day of battle, Israel was in command of Gaza as well as the Sinai region of Egypt.

Jordan attacked Jerusalem, thereby opening the door not only for Israel to reclaim not only the other part of Jerusalem but also Judea and Samaria (the “West Bank”). After destroying the Jordanian air force, Israel pressed its ground attack, and by sundown on June 7, Judea, Samaria, and the Old City of Jerusalem were back in Israeli hands. Jews could once again pray at the Western Wall.

By June 8, Israel had captured the Suez Canal, thus ending Egypt’s blockade against them. After another day, the Israelis controlled the entire Golan Heights in the north (the part of Israel from which Syria had launched its attacks). On June 10, after only six days of fighting, the Arabs called for a cease fire and the war was over.

What makes the Six Day War so stunning is — like the War for Independence in 1948, little Israel was once again having to withstand the military from several other nations — all at once. Although Egypt, Jordan and Syria were the major combatants, the nations of Iraq, Saudi Arabia, Kuwait, Algeria, and others also contributed troops and arms to the Arab forces. The timeline of the Six Day War is stunning:

The miraculous nature of the war is even more obvious when the military inequities are taken into account. Stated succinctly, Israel was outmanned, outgunned and had considerably less planes. Yet the Jews inexplicably — inexplicable, that is, if one rules out Divine intervention — protected their homeland, against all odds.

For Israel, she increased her land size four-fold (but she was still only a small part of what had been set aside for her in the Balfour Declaration, and of what she historically had been). For the Arabs, it was a crushing and humiliating defeat.

In a gesture of good will, Israel generously handed the sacred Temple Mount in the unified Jerusalem back over to Muslim Arab supervision — a tragic decision! — in hopes that this would engender peace. It did not.

In the aftermath of the Six-Day War, the Muslim Arab countries, still stinging from their defeat at the hands of a much smaller enemy, held a summit in Khartoum, Sudan. They signed a declaration that specified “the main principles by which the Arab states abide”: (1) no peace with Israel; (2) no recognition of Israel; (3) no negotiation with Israel; and (4) the Palestinian people must have their “own” country, but it must be made from land belonging to Israel.

In November 1967, the U.N. Security council adopted a resolution (written by the British and American delegates) calling for Israeli withdrawal “from the territories occupied in the recent conflict.” Since the wording was somewhat ambiguous concerning withdrawal, and because it called for “acknowledgment of the sovereignty…of every state in the area” (which would include Israel), the Israelis viewed it favorably. But predictably, since it acknowledged Israel’s right to exist, none of the Arab nations would approve it. They remained technically at war with Israel.

It would be another ten years and take another war before just one Arab leader — Anwar Sadat of Egypt — finally made peace with Israel.

In the next and final part of “Understanding Israel’s War,” I will examine the complexities of Israel’s enemies and will answer the question: Why not just split the land?