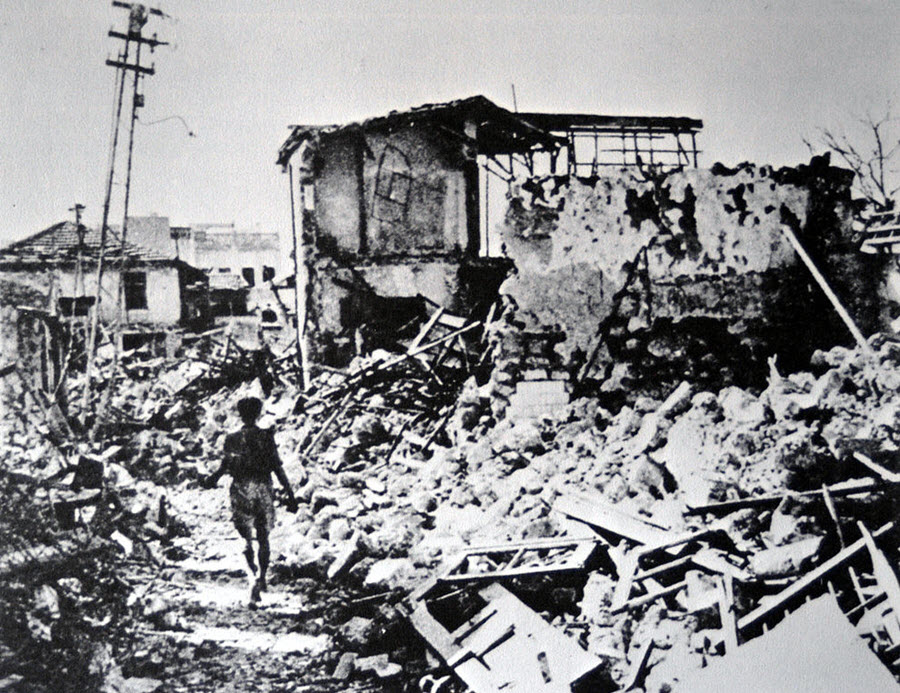 Note: This is Part 5 in the series, Understanding Israel’s War.

The Jewish struggle to have a homeland was filled with pain. Just when they thought they saw a possibility of a homeland, problems erupted.

In 1929 on Yom Kippur (the holiest day of the year for Jews) as they were peacefully praying at the Western Wall, Grand Mufti of Jerusalem Haj Amin al-Husseini sent his hordes against the defenseless Jewish worshippers. When it was over, 133 Jews were dead and 399 injured. When Husseini was brought to account, he claimed that Jews moving back into their designated homeland had “provoked” the anti-Jewish massacre. So Britain issued a new white paper even more severely restricting Jewish immigration and purchase of land by Jews. Once again, Arabs attacked and Jews were punished.

Despite Churchill’s creation of Transjordan that dramatically shrank the land designated for the Jews, he was still very much pro-Zionist. He wanted to see an independent nation for the Jews. But during the last half of the 1930s, a pro-Appeasement Tory government in England came to power, so Churchill retired from office, remaining out of the public eye till the Fall of France pushed Britain to the brink of effective surrender. The Neville Chamberlain government was much less sympathetic to Zionists and effectively negated the Balfour Declaration and its provisions.

Simultaneously, Hitler was on the rise in Europe, requiring more of England’s time and attention. England hoped to enlist the help of Arabs, and one of the chief ways England could do so was by further restricting Jewish immigration into Palestine. But once again reaffirming the historic pattern, this appeasement only spurred the Arabs to yet more aggression.

Finally recognizing the difficult situation it had created in Palestine, in July 1937 Lord Peel’s Commission in England issued a report acknowledging that the commitments it had made to both the Jews and Arabs were irreconcilable. And since England was not willing either to turn the Jews over to Arab domination or to put the Arabs under Jewish rule, they proposed further dividing the remaining land that had been set aside for Israel into two separate portions: one Arab state (which would be joined to Transjordan), and one Jewish state. The historic cities of Jerusalem and Bethlehem would belong to neither but would be set aside as British enclaves (that is, as British holdings). But both the League of Nations and the Arabs rejected the idea, so the violence in Palestine continued.

They Chose Oil Over the Jews Having a Home

On the one side, the Jewish community was trying to persuade the British to allow increased Jewish immigration; on the other, the Arabs were threatening to cut off access to Middle Eastern oil if immigration were increased. The British chose oil, and in 1939 released another white paper stating that: (1) Jewish immigration would be slowed, then halted; (2) Jews would only be allowed to buy land in areas where they were already the majority population; and (3) after the war, Britain would support an independent Palestinian state controlled by the Arabs that would be made from designated Jewish holdings.

This new policy halting Jewish immigration to Israel, issued in the shadow of Hitler’s vow to annihilate the Jews of Europe, effectively condemned millions of European Jews to death since they were no longer able to leave Europe. In fact, of Europe’s 8 million Jews, only 1.5 million survived the war, having no place to flee. 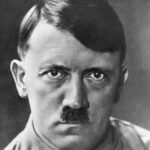 During the War, Arabs took an active part: some fought with the Allies, but many fought with Hitler. In fact, a sign commonly displayed in the shops of Syria declared “In heaven, God is your ruler, on earth, Hitler.” Strikingly, Mein Kampf is a best-selling book in parts of the Islamic world.

In the wake of continuing Arab violence in Palestine in the early part of World War II, the British deposed the Mufti and abolished the Supreme Muslim Council. Husseini escaped Palestine before he could be arrested, and spent World War II as the guest of Hitler in Germany and Mussolini in Italy. In 1942, he succeeded in getting both to agree to the abolition of the Jewish homeland in Palestine, pointing out that Jews were their common enemies.

Bad News #5: Churchill Out of Office

In October 1943, Churchill, having come out of retirement to serve as British Prime Minister, revisited a partition plan that would set aside area for the Jews, acknowledging, however, that it could not be implemented until after the war. 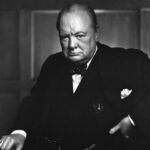 But after the war, Churchill was forced from office before the plan could be implemented. The new labor government once again was not sympathetic to the plight of the Jews in Europe, and so immigration remained suppressed. Lord Bevin, the new British foreign minister, declared,

The Jews have waited two thousand years; they can wait a little while longer.

But many Jews who survived the genocide efforts in Europe did not wait, attempting to sneak into the country on boats and by foot. But they were sent back to Europe, sometimes to the same concentration camps in which they had been tortured during the war. (Those camps were now being used as displaced persons camps.) To add insult to injury, if Jews could reach their beloved homeland of Israel, the British — as if surviving the German death camps was not enough — incarcerated them in places like the Atlit Detention Camp in Acre, Israel.

The Modern Rebirth of Israel

The words “miracle” and “miraculous” are often overused, and many things which are called “miracles” are not. But the rebirth of Israel truly is a genuine miracle.

Chaos in the Holy Land

As a result of so many bad decisions by the British, both the Jews and the Arabs in Palestine began to fight them. In 1946 when the Irgun, a radical Jewish resistance group (denounced by leading Jewish authorities), bombed the King David Hotel (which housed the central office of the British authority in Palestine), the British made possessing a weapon by any Jew a capital offense. Obviously, this made it extremely difficult for the rest of the Jews to defend themselves against the well-armed Arabs, who were readily-supplied by their neighboring Arab cousins.

By early 1947, the British wanted nothing more to do with Palestine, so they informed the United Nations they would be leaving the region. The Soviets called for revisiting the partition plan that set aside a region for Jews and another for Arabs, and the UN created a committee to study the question. (As usual, the Arabs refused to participate.) The committee ruled in favor of partition, but Jerusalem was to be withheld from both Jews and Arabs and would become an international zone administered by the UN.

When the plan came to a vote before the full United Nations, for all practical purposes the Jews were blackmailed by the Vatican into giving up Jerusalem and handing it over to the UN. (The Catholic nations of Latin America made plain that they would cast their votes in favor of partition only if the Jews let the city go.) On November 29, 1947, the UN voted (by a two-thirds majority) to approve the partition of Palestine and create two states, one Jewish and one Arab. The plan was scheduled to go into effect in May 1948, but the Arabs continued to adamantly oppose it since it acknowledged the right of the Jews to exist as a nation in the Middle East. 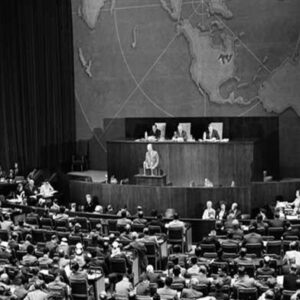 The Beginnings of War

Even though the UN approved the internationalization of Jerusalem, Jerusalem’s citizens were well aware that no nation would be willing to back the UN policy with military force — and military force would definitely be required if peace was to be maintained and Muslim attacks prevented. In this the Arabs saw their greatest opportunity for victory: since only Jews and Arabs were willing to spill their own blood for Jerusalem, the rest of the world would stand by and watch, leaving Arabs free to take whatever steps they wished.

As May 1948 approached, the Jews were woefully unprepared for the war that lay ahead. They still were not allowed to possess weapons, and were unable even to defend their own humanitarian convoys attempting to restock food in Jerusalem. (Jews in Jerusalem were being starved; Arabs guarded the road to Jerusalem and attacked every Jewish truck en route.)

The British Mandate (that is, British control over the region) was set to end at midnight Jerusalem time (or 6:00PM New York time) on May 14, 1948. By midday, Arab nations were mobilizing to pounce on the new Jewish state and eradicate it before it could begin. Egyptian forces were massed in the Negev (the southern region of Israel); Jordanian and Iraqi troops were positioned all along the Jordan River; and Syrian forces were marching from the north toward Palestine. In Tel Aviv, the founding fathers of the nation of Israel, led by David Ben-Gurion, voted six to four in favor of independence. At the United Nations, the Arab states were still trying to force a vote on a last-minute resolution to prevent the creation of a Jewish state.

Israel’s only hope for legitimacy was if the United States recognized the new nation. America did so, but the circumstances surrounding that declaration were remarkable.

President Franklin Roosevelt, despite the UN vote, was firmly anti-Zionist, repeatedly declaring that he would not support Israeli statehood. He died in office only a week after he once again reaffirmed his opposition to a Jewish nation in Israel, and only four weeks before Israel’s declaration of statehood. 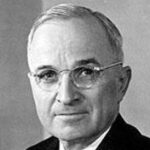 On Roosevelt’s death, Vice President Harry Truman became president. His view toward Israel was very different, and at 6:11PM (only eleven minutes after Israel’s announcement of its independence, and over the strong objections of those in his own cabinet, including his Secretary of State, General of the Army George C. Marshall), Truman boldly declared official support for the new nation. Truman and the United States became the first in the world to officially recognize and express support for the reborn Israel.

Now, finally, they had a land. Surely life would get easier for the Jewish people. Find out in Part 6 of “Understanding Israel’s War,” that it did not.