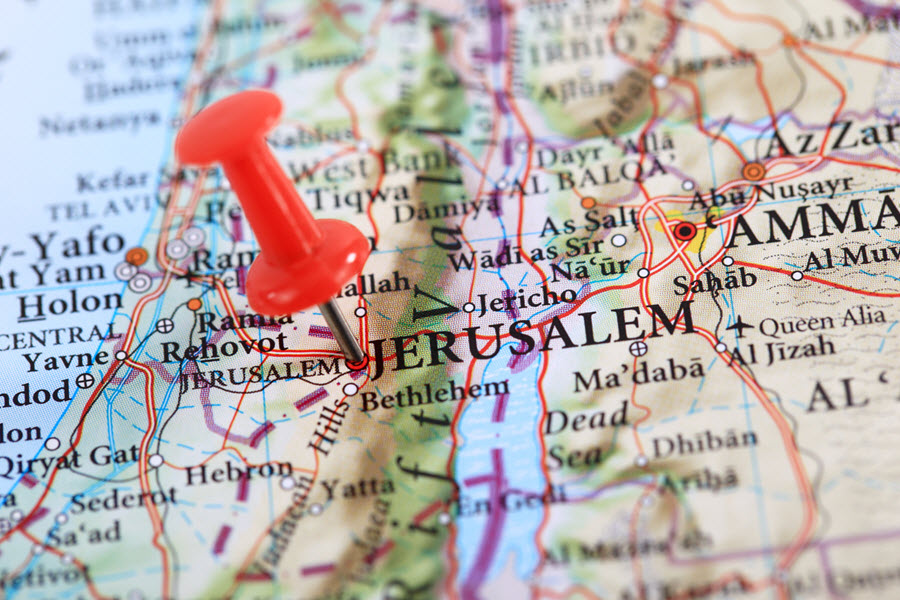 Note: This is Part 4 in the series, Understanding Israel’s War.

The League of Nations (the precursor to the United Nations) endorsed both the Balfour Declaration (mentioned in Part 3) and the Jewish homeland. The first high commissioner sent by England to govern Jerusalem was Sir Herbert Samuel. He subsequently appointed Haj Amin al-Husseini as the Grand Mufti of Jerusalem, the highest Muslim office in Palestine.

But the Muslim Husseini clan opposed British rule altogether and adamantly opposed sharing the land with the Jews. Arab nationalists, enraged by the Balfour Declaration and its call for a home for the Jewish people, set themselves to run both the Jews and the British out of the region and set up an Arab state encompassing all of Palestine.

In 1919, Haj Amin al-Husseini formed the “Palestinian Society” with a military arm to carry out actions against both the British and the Jews. He immediately began leading demonstrations and protests, demanding an end to the British Mandate and a repudiation of the Balfour Declaration.

In April 1920, when the religious holidays of Easter (Christian), Passover (Jewish), and Nebi Musa (Islamic) all fell in the same week, thousands of Muslims convened at the Al-Aksa Mosque as Jews were simultaneously worshiping at the Western Wall. The Muslims attacked the Jews in three hours of bloody rioting. When British troops finally arrived, they jailed the instigators, but upon their release the next morning, the rioting resumed and lasted for three more days, resulting in a number of deaths, with hundreds more injured.

During the ensuing investigations, the Jews proved that the British military government was clearly favoring the Arabs to the detriment of the Jews and in violation of the Balfour Declaration. Haj Amin al-Husseini, who had instigated the violence, fled to Transjordan (the region that was soon to become the country of Jordan). He was sentenced in absentia by the British military court to 10 years imprisonment, but in an attempt to calm the Arabs, Sir Herbert Samuel pardoned him.

This incident began a new and successful strategy for the Arabs: riot and kill, blame it on the presence of Jews, and wait for the governing authority to agree to Arab demands in order to quell the violence. It worked time and again. In fact, following the violence, in order not to offend the aggressor Arabs, Samuel actually put restrictions on Jewish immigration and imposed other measures that impeded Zionist progress. Muslims initiated the violence, but the Jews were punished.

Annulling a Mandate: Creating Jordan out of Jewish Territory

Still seeking to achieve peace amongst the Arabs, England created yet another new country for the Arabs out of land that the League of Nations had set aside for the Jewish homeland. With the stroke of Winston Churchill’s pen (colonial secretary at the time), seventy-eight percent of the territory under the British Mandate was taken away from its Jewish designates in Palestine to create the Muslim Kingdom of Transjordan (now simply Jordan) — an exclusively Arab area. 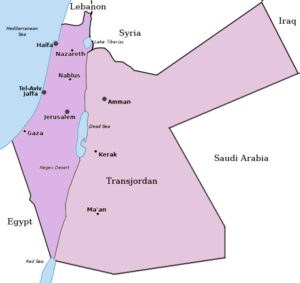 Imagine this: after World War I, six nations were created for Arabs out of the Holy Land, but still none for Jews. And the document further stated that Jewish immigration should be limited to the economic capacity of the new smaller country (now less than one-fourth the size it had been under the Balfour Declaration).

The Zionist Organization signed this new agreement with great reluctance, primarily doing so to avoid losing all British support since Britain still ruled that region. But the Arabs flatly rejected the paper, establishing another pattern that would be repeated time and again: they wanted control of all of the Jewish land, not just part. But in the meantime they were glad to accept all new territory (such as the Transjordan) — as long as it came from land held by the Jews.

Finally — Land for the Jews

On paper, Jews had a land officially designated for them, so from 1918 to 1924, the Jewish population of Palestine grew from 55,000 to 103,000 as Jewish people began returning to their ancestral homeland. And over the next four years it doubled again.

As can be imagined, this growth was unacceptable to the Arabs. They believed that something more severe needed to be done, so Husseini began consolidating his power base in Palestine. He removed all moderates from places of authority and eliminated every Arab opponent until he held unfettered control over the entire Muslim population of Palestine.

But as we shall learn in Part 5 of “Understanding Israel’s War,” things became worse. Much worse.