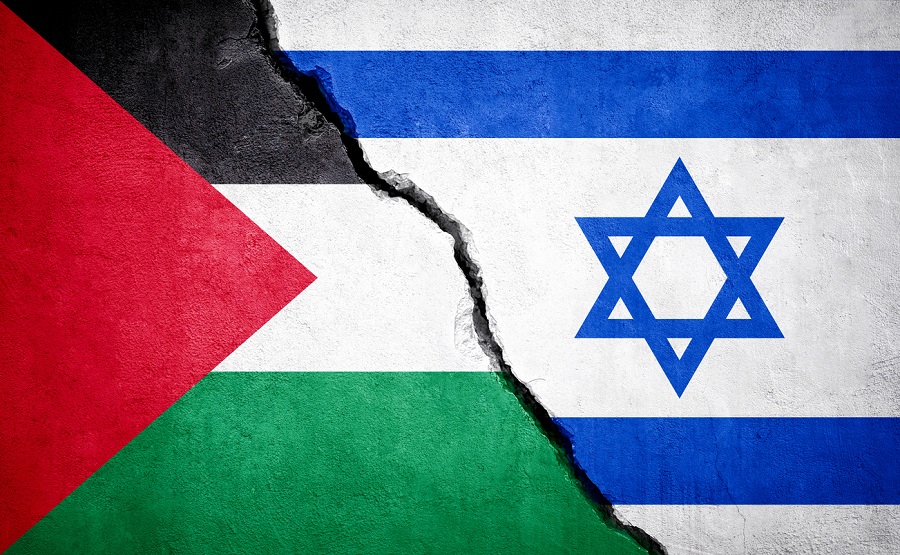 Israel is at war…again. Why? It’s always about the land.

So, once again, it’s about the land. How did we get here? Allow me to take you on a whirlwind tour through time and space.

In Genesis 12, God initiates a plan to redeem mankind. He calls to an elderly man named Abram (later known as Abraham) and says to him:

“Get out of your country, from your family and from your father’s house, to a land that I will show you. I will make you a great nation; I will bless you and make your name great; and you shall be a blessing. I will bless those who bless you, and I will curse him who curses you; and in you all the families of the earth shall be blessed.”

This is where the nation of Israel enters the story line through this incredibly profound covenant that God made with Abraham — a covenant He still keeps to this very day. (Psalm 105:8 assures us: “He remembers the covenant He made — the promise He made — for a thousand generations.”)

Ishmael was Abraham’s first child but was not the child of Abraham’s wife, Sarah, but rather of Sarah’s Egyptian maidservant, Hagar.

Such animosity developed between Hagar and Sarah that the families needed to be separated. So despairing was Abraham over this family feud that he pled with God to bless Ishmael.

At God’s appointed time Isaac was born to Sarah, but Ishmael (his older half-brother) mocked them. This resulted in Ishmael and Hagar being banished from the tents of Abraham and sent out into the desert with meager supplies.

Here is the key point related to history today: while God is merciful to Ishmael, His purposes came through Isaac, not Ishmael. (Isaac became the father of the Jews, and Ishmael, father of the Arabs.)

Perpetual conflict seems to characterize the southern and eastern Mediterranean region, where twenty-two separate Arabic nations now exist. (Some dispute whether Iran is an Arabic nation, but for the purpose of this two-part discussion, we will consider Iran as Arabic.)

Isaac grows and has children of his own, twin boys Esau and Jacob. The twelve tribes that eventually formed the nation of Israel came from Jacob—that is, from Israel, whose name they bear to this day.

Jews are the physical descendants of Abraham, through Isaac, through Jacob. The twelve tribes formed from Jacob’s twelve sons gave rise to all of the Jews born into the world (although certainly others have converted to Judaism over time).

Land is the Issue

As we examine God’s promises to Abraham, we see that they identify a very specific piece of land. The land promised is from the Nile River to the Euphrates River. This parcel includes parts of modern day Egypt, Lebanon, Syria, Jordan, Iraq, Saudi Arabia, and all of Israel, including the Israeli lands of Gaza as well as what is now wrongly called the “West Bank.” (It should be called Judea and Samaria.)

Interestingly, the specific place where God originally made and confirmed His land covenant, saying “this land,” was in an area north of Jerusalem between the towns of Bethel and Ai, which is the heart of the so-called West Bank (which the Palestinians want as their land). Ironically, the “West Bank” (a term never used in the Scriptures) is the region referred to in the Bible as Judea and Samaria — two areas definitely in historic Israel and still part of Israel today. But modern critics claim that Israel is illegally “occupying” this land (because the Palestinians want it) and must give it up for the hope of an elusive peace.

Obviously, at the current time, Israel is nowhere near experiencing the fullness of the land promise that God Himself repeatedly gave and that they once enjoyed. Israel did have this land — for millennia, but it has steadily been taken away from them. (For instance, the nation of Saudi Arabia was formed in 1926 from land that was designated as Israeli land.) So the claim that Israel is an occupier is false. God gave that land to the Jews; they possessed it for thousands of years but are struggling to retain even a small portion of it today.

The Jews have been pursued, shoved around, relocated, discriminated against, persecuted, and slaughtered more than any other people group on the earth. The Nazi holocaust of World War II was only a recent example of what has been occurring to Jews for millennia. Some may not care for history, but you need to know at least a little about this part of the story.