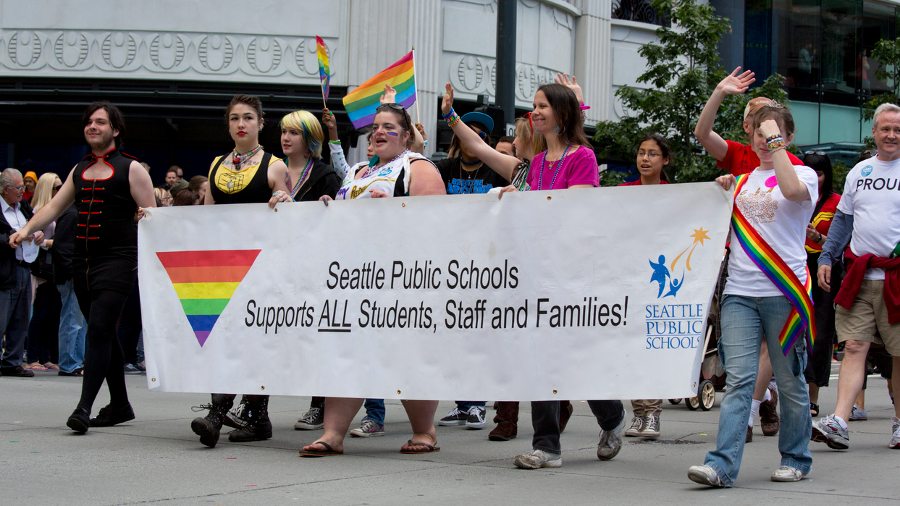 Whether you know it or not, your child’s school may have observed a “Day of Silence” on behalf of the LGBTQ movement.

The advocacy group GLSEN invited schools across the country to hold a demonstration Friday to show support for LGBTQ students and their allies.

GLSEN encouraged participants to “take a vow of silence to protest the harmful effects of harassment and discrimination of LGBTQ people in schools,” according to the group’s website.

The Day of Silence would end, the group said, with participants holding “Breaking the Silence” rallies and events “to share their experiences during the protest and bring attention to ways their schools and communities can become more inclusive.”

One parent, whose son attends a private high school in Connecticut that has no religious affiliation, told The Daily Signal that her “suspicion” is that “a lot of schools, especially private schools, were participating in this.”

The mother, who asked to remain anonymous, said her son received an email from the school administration inviting students to wear rainbow colors last Friday and participate in a “Day of Action” to “support our LGBTQ+ community.”

The private school in Connecticut sent the email to students and faculty, but not to parents, the mother told The Daily Signal.

The email to students referenced “over 220 laws” that the school said targeted LGBTQ Americans this year, and included a link to a slideshow discussing some of the laws and the significance of the Day of Silence.

Jay Richards, the William E. Simon senior research fellow at The Heritage Foundation, says he believes that the only thing blocking the agenda of radical gender identity activists is “wide-awake parents.”

“Gender ideology is about dissolving the biological reality of male and female and replacing it with an entirely subjective notion of ‘gender identity’ — which has no clear meaning or limiting principle,” Richards said in an email to The Daily Signal, the multimedia news organization of The Heritage Foundation.

“This isn’t just an abstract philosophical idea,” he said. “Gender ideology threatens the minds and bodies of students.”

The slides sent to students by the Connecticut school also address Florida’s new parental rights law, which opponents call the “Don’t Say Gay” bill. One slide states that critics argue that the law puts LGBTQ+ students at risk because it:

Affects the books students can read in elementary school, possibly prevents students with same-sex parents from talking about their families, creates the potential for teachers to be penalized or sued for classroom discussion, thereby stifling important conversations, [and] potentially prevents discussions of gender and sexuality beyond third grade.

The mother who spoke with The Daily Signal said she found it strange that her son’s school was putting such an emphasis on passage of a bill in Florida, because “these types of things are not being proposed in Connecticut.”

Emailing students an invitation to participate in a pro-LGBTQ rally, and sending them a slideshow with a political message without parents’ knowledge “seems underhanded to me,” the mother said, “especially if they’re going to ask kids to basically participate in … political engagement.”

She wonders whether her son’s school administration “would be equally willing to support student activism to protect girls sports for biological females,” the mother said.

“In Connecticut, our female student athletes are having to compete against boys. But I haven’t heard of any local schools engaging their student bodies to defend girls sports,” she said.

Parents are “waking up to a gender ideology that has been working its way into our schools and student curricula for years,” Heritage’s Richards said. “Those who thought the issue just involved accommodating a few kids who don’t fit gender stereotypes have had a rude awakening.”