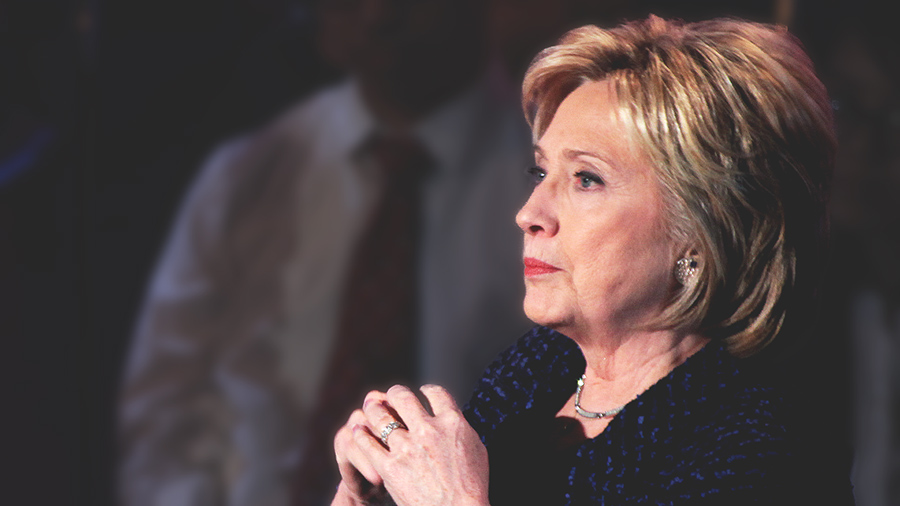 If anyone knows firsthand that persistence pays, it’s Tom Fitton of Judicial Watch, after working literally for years to get information from the FBI about its “investigation” into Hillary Clinton’s use of a private email server for official State Department business.

On July 7, 2016 (two days after then-FBI Director James Comey’s announcement that he would not recommend indictment for Hillary), Judicial Watch filed a FOIA request seeking all the “302s” (interview notes) having to do with the investigation into Hillary’s use of a private email server during her time at the State Department.

It also sought all relevant communications involving the FBI, DOJ, President Obama, the DNC, and Hillary 2016 campaign officials, plus all communications relating to the tarmac meeting between Bill Clinton and then-Attorney General Loretta Lynch on June 27, 2016.

That’s a lot of documents. Not surprisingly, the FBI failed to comply with their FOIA request, so Judicial Watch filed another one in October of that year.

Since then, they’ve actually received some of what they asked for. Od on Monday they announced that they’ve got 422 pages of documents showing evidence of “cover-up” discussions related to the Clinton email system and Platte River Networks, one of the vendors that managed it; also revealing the concerns of Inspector General Charles McCullough about classified material stored on Hillary’s non-secure email server.

Judicial Watch even turned up Hillary’s signed 2009 Non-Disclosure Agreement, which affirmed that she understood what she could and couldn’t do with classified material. “I…understand that I am obligated to comply with laws and regulations that prohibit the unauthorized disclosure of classified information,” it reads in part. It also specifies that such classified information is the property of the United States government. (In other words, it’s NOT to be made an easy target for foreign hackers or erased with BleachBit or somehow transferred to Anthony Weiner’s laptop.)

Judicial Watch also finally got the FBI notes from an interview with an employee of Platte River Networks in February of 2016 that refers to an email about the “Hillary cover-up operation work ticket archive cleanup.” There are also email exchanges among Platte River employees in 2014 and 2015 expressing concern about the potential for hacking, the lack of any backups, and the problem of not being able to produce copies of documents. “We’re in some deep sh**,” says one.

Some names are still redacted, as in this email from March of 2015: “[Redacted] is going to send over a list of recommendations for us to apply for additional security against hackers. He did say we should probably remove all Clinton files, folders, info off our servers, etc., on an independent drive.”

There are even files documenting Platte River Networks’ use of BleachBit on Hillary’s server. We now know definitively from an event log that it was downloaded from a vendor named SourceForge at 11:42 a.m. on March 31, 2015, and for the next 30 minutes was used to delete the files on Hillary’s server. REALLY delete them so they would be gone baby gone. Seems pretty “intentional” to me.  Add obstruction of justice to her violation of the Espionage Act.

On June 27, 2015, a memo is sent from someone whose name has been redacted to Peggy Grafeld at the State Department with the subject line CONCERNS ABOUT THE HRC REVIEW. It begins, “While working with this Inspector [McCullough], I have personally reviewed hundreds of documents in the HRC collection. I can now say, without reservation, that there are literally hundreds of classified emails in this collection; maybe more…This material is subject to FOIA litigation, and the emails will now have to be found, reviewed and upgraded. Under the EO 13526, it would be in our right to classify the entire HRC collection at the Secret level because of the ‘mosaic effect’…I am very concerned about the inadvertent release of State Department’s equities when this collection is released in its entirety –- the potential damage to the foreign relations of the United States could be significant.”

Whoa. Think “no reasonable prosecutor” would prosecute you or me for something like this?

In August, a classified memo from the FBI Counterintelligence Division regarding the findings of the IG said that in a sampling of just 40 emails out of the 30,000 on Hillary’s server, 4 were classified. There’s another letter about this that specifies they were classified at the Secret level.

Of course, being Hillary, she went on her merry way and completely disregarded it. But the internal FBI emails from August of 2015 show that Hillary’s use of a personal server had left quite a mess at the State Department, particularly in how to be responsive to FOIA requests. “It is unclear if the Department of Justice is reviewing the emails before FOIA release,” one says. Former-Secretary Clinton’s emails are the subject of numerous FOIA requests and multiple FOIA lawsuits. It may be prudent to integrate the Department of Justice into the FOIA process review to ensure the redactions can withstand potential legal challenges. If not already being done, recommend the State Department FOIA Office incorporate the Department into the FOIA process to ensure the legal sufficiency review of the FOIA exemptions and redactions.”

There are also some interesting documents pertaining to Hillary’s main IT guy, Brian Pagliano, who, according to records, was paid just over $40,000 over four years by the Clinton Executive Service Corp. On October 15, 2012, Pagliano sent a bill to Hillary’s aide Justin Cooper indicating that on July 28 and 29, he’d had to deal with “mailbox corruption” of her server. Documents show numerous examples of similar problems; one cites multiple “brute force attacks” against her server.

Recall that in 2016, in a deposition in a separate Judicial Watch lawsuit, Pagliano responded to questions about his work on the Clinton email server by invoking his Fifth Amendment rights.

Judicial Watch even found mentions of itself in the documents it finally received. A letter from the Secret Service to the Counterintelligence Division of the FBI cites Judicial Watch litigation in its concern over preservation of Hillary’s email server records. The Secret Service writes that its searches “did not reveal any responsive documents.” This is precisely why it suited Hillary to have her own email server –- no responsive documents would turn up in response to those pesky FOIA requests.

Much more detail is included in Judicial Watch’s lengthy press release, including some November 2012 emails from Clinton top foreign policy adviser Jake Sullivan that discuss a “Report of arrests — possible Benghazi connection” with her. Wonder what that’s about.

Also, there’s an intriguing travel request from November 2015 that shows the FBI dispatched agents to Spain and Bahrain to conduct “Midyear Exam” interviews regarding a “sensitive investigative matter.” I want to know more about THAT.

Thanks to Judicial Watch for sticking with it. (Sen. Lindsay Graham deserves credit as well.) These documents show us even more clearly how serious Hillary’s mishandling of classified material was. They can’t indict her, but Attorney General Barr can, and should.