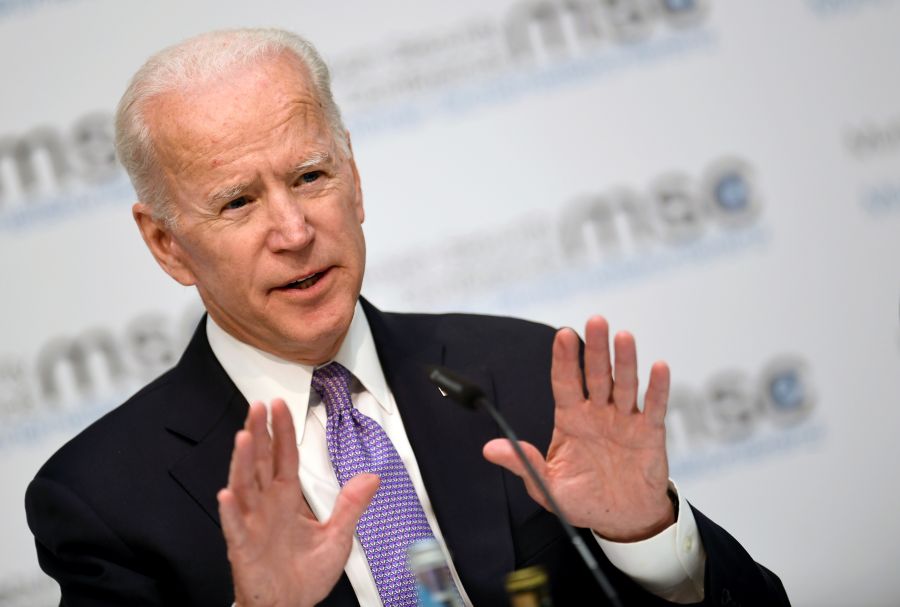 I don’t know which is worse, the intolerant left’s condemnation of former Vice President Joe Biden for saying Vice President Mike Pence is a “decent guy,” or Biden’s shameless groveling and apology.

Biden committed his unforgivable infraction during a speech in Omaha, in which he casually alluded to Pence’s speech at the Munich Security Conference in early February. He said, “The fact of the matter is it was followed on by a guy who’s a decent guy, our vice president, who stood before this group of allies and leaders and said, ‘I’m here on behalf of President Trump,’ and there was dead silence.”

An Inevitable Smack Down

How dare he! Even the sainted ex-vice president will not be able to utter such blasphemies. Has Uncle Joe learned nothing of the ways of the new left that his former superior, Barack Obama, unleashed onto our culture? Biden is way too white, male and cisgender to enjoy immunity in this era of white privilege, intersectionality, microaggressions and gender dysphoria.

The inevitable smack down came from the liberal activist and actress Cynthia Nixon, who put this handsy and presumptuous septuagenarian in his place. “You’ve just called America’s most anti-LGBT elected leader ‘a decent guy,'” Nixon tweeted. “Please consider how this falls on the ears of our community.” (At least she said “please.”)

The ordinarily feisty old gentleman didn’t fire back in self-defense, which must have taken considerable restraint. He knew he’d committed an unpardonable sin and would have to submit to the gender gods without a whimper of protest, especially if he wants to hold onto his presidential ambitions.

“You’re right, Cynthia,” Biden tweeted back. “I was making a point in a foreign policy context, that under normal circumstances a Vice President wouldn’t be given a silent reaction on the world stage. But there is nothing decent about being anti-LGBTQ rights, and that includes the Vice President.”

Attaboy, Joe. When the going gets tough, get going — high-tail it out of there while you still lack enough integrity to be mobile.

It’s amazing that Joe momentarily forgot that he could be gracious toward his political opponents, that he thought it was acceptable to show kindness to those the McCarthyite left has blacklisted.

Mike Pence, one of the finest and most decent guys around, is shunned and cast out by an entire sector of America. His candid and well-lived Christianity is an affront to those who are the very living example of the characteristics they falsely attribute to him.

Why is Pence so reviled? Well, it’s because he not only talks the Christian talk; he walks the walk. And there is a special place in secular hell reserved for real Christians — as distinguished from nominal ones. And it’s because he subscribes to the biblical teaching that God ordained marriage to be between one man and one woman — a doctrine that an overwhelming majority of Christians professed to believe just a few years ago and probably still does — though many have been cowered into silence by leftist thought police.

Pence is also an outspoken opponent of killing babies in the womb, and this, too, is a view that even single-issue First Amendment fanatics recognize is unprotected speech — or it would be if the cultural Marxists were to have their way.

But Pence is not intolerant or mean-spirited toward the views of those who disagree with him, even on fundamental issues. He is humble, gracious and respectful to a fault, and his kindness probably inflames his intolerant enemies all the more because it exposes their contrasting gracelessness, intolerance and mean-spiritedness.

The Most Closed-Minded Cult

The left is increasingly revealing itself as the most closed-minded cult in American history. Leftists will not brook debate on any issues but instead demonize their opponents, and in many cases, disqualify them from voicing an opinion if they don’t meet certain criteria of identity politics. From same-sex marriage to gender to climate change to Darwinism to socialism, only one opinion is permitted. Why indulge the hassle of having to marshal facts and arguments if you can simply declare a consensus by fiat? If you can paralyze your opponents into silence with shrieking cries of racism and homophobia? If Trump-hating patrons can get away with verbal and physical violence against MAGA hat-wearing patriots?

I want to thank the intolerant left for showing its colors in such stark relief and displaying its contempt for diversity of thought and intellectual inquiry.

Some have suggested the Democratic Party will rein itself in before the 2020 presidential election gets formally underway, lest it sabotage itself by parading its extremism. I realize House Speaker Nancy Pelosi and the old guard will make a valiant effort to do so — though most of them probably agree with this extremism and are savvy enough not to showcase it. But I think she’ll fail because the muscular leftists in the party have powerful tools to force compliance from dissenters like hapless Joe Biden — another thing for which I’m grateful.

Please let them continue to be themselves.