Ukrainians Have Been Defying Foreign Invaders for a Thousand Years. Their Courage is No Surprise

History shows Ukrainians are made of stern stuff. Vladimir Putin may very well come to regret his vile military invasion. 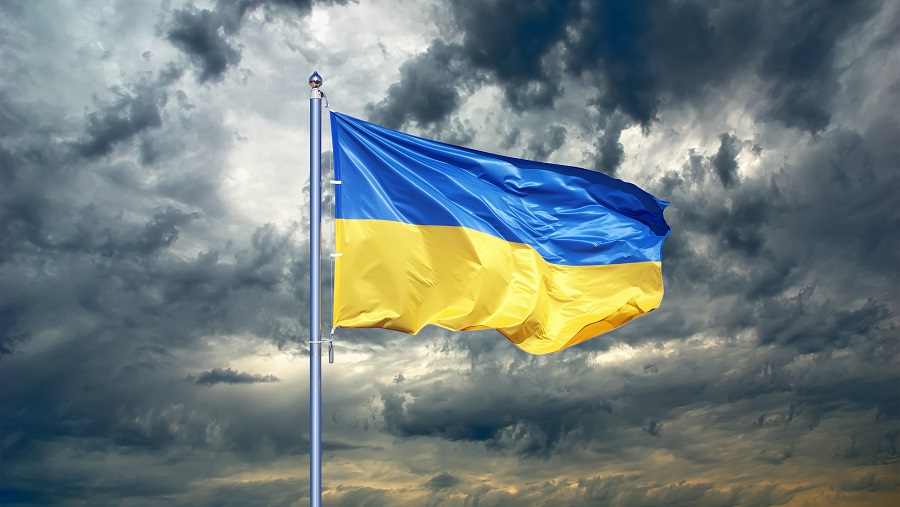 Chicken Kiev may be a popular dish but as the world has learned in recent days, the word “chicken” does not describe the people of Kiev (often spelled Kyiv by Ukrainians). Far from it. The courage of Ukrainians in the face of Moscow’s vile military invasion is the stuff of legend already. We will be admiring it for many years to come, regardless of the outcome of this tragic episode in European history.

“The past few days have seen a spate of videos showing Ukrainians and their president defying an onslaught of Russian aggression,” writes Miles Pattenden, a historian at the Australian Catholic University, in The Conversation. “Who could fail to be moved by the video of a Ukrainian woman confronting an armed and jackbooted [Russian] soldier, telling him to put sunflower seeds in his pockets so at least sunflowers will grow where he dies?”

The title of Pattenden’s article is very revealing: “Saint Olga of Kyiv is Ukraine’s Patron Saint of Both Defiance and Vengeance.” Pattenden proceeds to note,

Ukrainians are used to adversity and they have a special medieval role model who personifies their bravery in the face of hardship. The Mongol horde destroyed her tomb in Kyiv in 1240 but a Ukrainian Orthodox cathedral dedicated to her was consecrated there as recently as 2010.

Any people who venerate the likes of St. Olga of Kyiv (d. 969) are a people to be feared. If Vladimir Putin had done his homework, he wouldn’t have been surprised by the ferocious resistance to his belligerence. “A fierce and proud woman who protected her young son and avenged her husband’s death,” writes Pattenden, “she was a crucial figure in the consolidation of the medieval kingdom of Kyivan Rus’ as a political entity and in its peoples’ conversion to Christianity.”

Eleven centuries ago, when foreigners killed her husband, Olga retaliated with an ingenuity and brutality that was as merciless, bloody and complete as it gets. She taught the perpetrators a lesson that her descendants may be teaching Vladimir Putin as you read this. I for one certainly hope so.

Bravery in the Face of Hardship

Ukrainians are made of stern stuff. They endured invasion by Lenin’s Bolsheviks a century ago, followed by forcible incorporation into the Soviet Union. They survived the Holodomor of the early 1930s, Stalin’s famine that killed six million Ukrainians to collectivize their farms. A thousand years ago, Kyiv was almost wiped out by a Mongol invasion alluded to in Pattenden’s article.

It was in 1240 when the grandson of Genghis Khan, Batu, laid siege to Kyiv for nine days before seizing the city. Of that awful time, Derek Davison writes,

Mongol warriors plundered the city of its wealth and burned nearly every one of its buildings to the ground. Of a pre-seige population of about 50,000, it’s believed that only around 2,000 survived, though how many were killed during the siege and how many were executed afterwards is not clear.

Ukrainians know from painful experience just how important the virtue of courage is. They understand probably better than the average American that survival depends on it. They are proving before our eyes that it’s a virtue they still possess in admirable abundance. I am grateful for the example they are giving the world, and I pray for their success.

I am also grateful for the courage of Russians who are in the streets of Moscow and other cities demanding an end to the violence. Having visited Russia seven times since 1985, I know the country is full of people of conscience who are ashamed by what Putin’s government has done. It’s a risky thing for a Russian citizen to challenge an autocrat who silences opponents, but more and more are doing it anyway.

In late April, I will speak in Prague, Czech Republic, to hundreds of young people from all over Europe. The event, sponsored by European Students for Liberty, is called LibertyCon Europe. In advance of it, and at the request of ESFL, I wrote an essay that will be distributed in hard copy to the attendees. The subject is courage. In tribute to Ukraine, I share a small portion of it here:

In Prague where this essay is to be distributed, a young man named Jan Palach laid down his life to protest the Soviet invasion of his country. It was January 1969. Palach’s supreme sacrifice will be remembered for centuries as a statement for freedom, an act of defiant courage, an inspiration for Czechoslovakia’s Velvet Revolution just 20 years later ….

If you can say someday that when liberty was challenged, you rose to defend it and did not run for cover, your children and grandchildren will thank you. They will remember you as heroes for a noble cause.

The French philosopher Voltaire wrote, “So long as the people do not care to exercise their freedom, those who wish to tyrannize will do so; for tyrants are active and ardent and will devote themselves … to put shackles upon sleeping men.”

As lovers of liberty, we must not sleep while our values are under siege. We must be people of courage! That’s how we will win.